Singh is an assistant professor of religion at Trinity University and senior religion fellow for the Sikh Coalition, a civil rights organization based in New York City. This year, Singh is serving as the Henry R. Luce Fellow for Religion in International Affairs at NYU’s Center for Religion and Media. Simran is also on the board of the Religion News Association, a fellow for the Truman National Security Project and a term member for the Council on Foreign Relations. Simran has received various accolades and awards for his teaching and social justice work. Most recently, he received the Walter Wink Scholar-Activist Award from Auburn Seminary, the Presidential Excellence Award for Teaching from Columbia University, Educator of the Year from the Dialogue Institute of the Southwest and the Community Pillar Award from the Northside Education Foundation.

What follows is an abridged version of Singh’s conversation. Singh and Robinson’s remarks have been condensed for clarity.

Singh: For communities like mine that are so often invisible, marginalized or disempowered, interfaith can serve as a vehicle for lifting up these communities. I have been involved in interfaith work since elementary school; we were the only (Sikh) kids in San Antonio, and my parents would have us perform, speak and represent interfaith programs. For me, I have found that at that time, no one thought about Sikhs. No one in Texas was thinking about interfaith any more broadly than Jewish, Christian and Islam — if they could find a Muslim. That is what interfaith looked like to us then. Now, 30 years later, (there is an) increasing inclusion of minority communities, the affirmation that we belong, we matter. Even sitting on this stage with you, I could not imagine doing something like this when I was kid, and I feel like myself and members of my community have fought tooth and nail just to be seen. I know this is happening more and more on a national level, but it is not happening at a lower level. People aren’t reaching out and making the effort to do that.

This interfaith (dialogue) historically has been and continues to be a power play. There are certain people who get seats at the table, and there are certain people who don’t. In a sense, it is not different than how power works in any other context, whether we are talking politically, in local communities or in your own household. There are people who have power, who can open up spaces for people who don’t have power and create equity. We can produce equal footings for other people in our community. For me, that is what I really appreciate about interfaith.

When you come to the metaphorical interfaith table, what gifts do you bring as a Sikh to that table?

Singh: So one of the things I am working on and writing on is this idea called the “technologies of the self.” It is something that I find to be incredibly powerful in a world where it seems to me that people are becoming disillusioned with discipline and practice. So many young people that I encounter in my classrooms and outside of them say, “I am spiritual, but not religious.” And I am all for that, but what I often interpret from that as we talk further is that they are interested in this concept of spirituality and meditation and yoga, but don’t want to commit to any sort of daily ritual because they find that to be meaningless. In many ways, I completely empathize with them. I felt that way growing up. As my daily discipline as a Sikh, we are supposed to do prayer five times a day, and as a teenager, I found it ridiculous that I was saying the same thing five times a day. (When) I came across Saba Mahmood’s book, Politics of Piety, it completely changed how I understood the importance of the practice of discipline, and that is what gave me the insight into what is different about the Sikh community that we are seeing right now: why is it that in every single incident that I have encountered and studied, Sikhs respond with their values? It’s always love, it’s always optimism, it’s always justice. The only answer I have is this idea of daily sustained discipline. Every single day, do the right thing, so when push comes to shove, you do the right thing. That is something I have seen from the Sikh community, and it’s the most powerful lesson that I have taken in the last 10 to 15 years.

Singh: The past few years I have been teaching Islamic studies at Trinity University in San Antonio. One of things I have really appreciated from studying Islam has been this concept of Ahl al-Kitāb, the idea that there are “people of the book” and that they share a fraternity of Jews, Christians and Muslims. The idea of “book” has transformed over time, but they have a core identity that stays together. What I love about that is that it gives us a language for this idea of familyhood. I would love for us, Sikhs especially, to think about what it would mean to develop language that extended beyond our identity. This idea of Ahl al-Kitāb allows us to do that, to imagine what a community looks like and what they have in common in a way that is actually tangible. We can identify based on that single term that there is a set of core values, of a shared history, of shared texts, of shared ritual and of shared culture. We have language that does that for us in a broader way. We can say “humanity,” we can say “familyhood,” but those terms, when we use them to talk about one another, have become so watered down that it doesn’t really do any work for us. So what does it mean to develop language that we can institutionalize in a way that really means “I have a connection with you”? I don’t know what the answer to that is, but I look into that concept and say, “I want some of that.”

Singh: In our tradition, we have a scriptural text that was compiled by our gurus themselves. It is all music, it’s all written to song and it is all poetry. It is not just their own writings; they included the writings and songs of other traditions. It is a sort of devotional and mystical literature and music that essentially communicates two messages: What it’s like to experience that connectedness with love, and how does one get to experience it? There is not much of anything else. What we find in our tradition and our theological belief is that one can reach this goal of love from any religious path. It is this true, essential idea of pluralism to the point that we have other religious figures in our own Scriptures, and we have no problem with that because our idea is it doesn’t matter what your background is, as long as you live a life of love. We don’t care too much about afterlife, we don’t have a concept of missionizing or conversion, and it is because we have this core, deeply held belief that one should be devoted, and one should be loving, and it doesn’t matter where they are coming from. So there is not anything to be interpreted as “You have to be a Sikh in order to be a good person” because we explicitly believe the opposite.

Do you have extremist practitioners of Sikhism?

Singh: Just like any religious tradition, we have extremists, and just like any other religious tradition, we have them of all stripes. I think the violent extremism is boring, and so I don’t want to touch on that because that is what we always talk about as a society. What I think is super interesting, what I am constantly trying to wrap my head around, is the type of extremism that I find reads religion in such a way that it flips the core idea on its head, and then you end up with something that seems exactly opposite of what was intended. For example, I have talked about how oneness is the ultimate principle and so much of the Scripture talks about “How do we break down these divisions and dichotomies we have produced in our heads, not just about people we encounter, but how we organize our understanding of the world?” The most common in the context of religion is what’s pure and what’s polluted. In the Sikh tradition, a lot of work is done by our gurus institutionally, scripturally around destroying these ideas of divisions, destroying the idea that there is something better than something else and the constant reminder that God is in everything. But still, there are Sikhs who end up living in such a way that they have very strong beliefs that there are only certain things that are divine and only certain things that are profane. That strikes me as fascinating because the entire logic of the Sikh theological system relies on this core principle of divine presence in everything. To then say this particular site is holy because God lives here, or this particular day is the most holy because this is divinely sanctioned, or this material substance is something we should eat, or that we should touch because God is here or God is not there — that is extremism. They take those ideas to their edges, and it completely changes the way we understand what Sikhism is about. 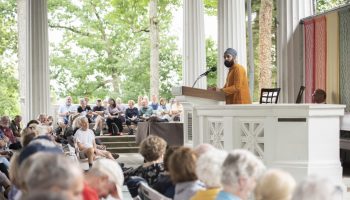 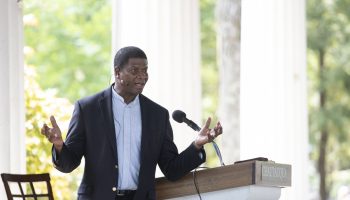 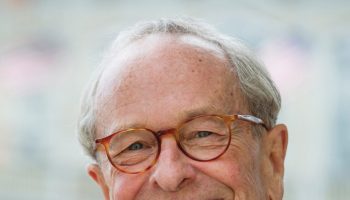