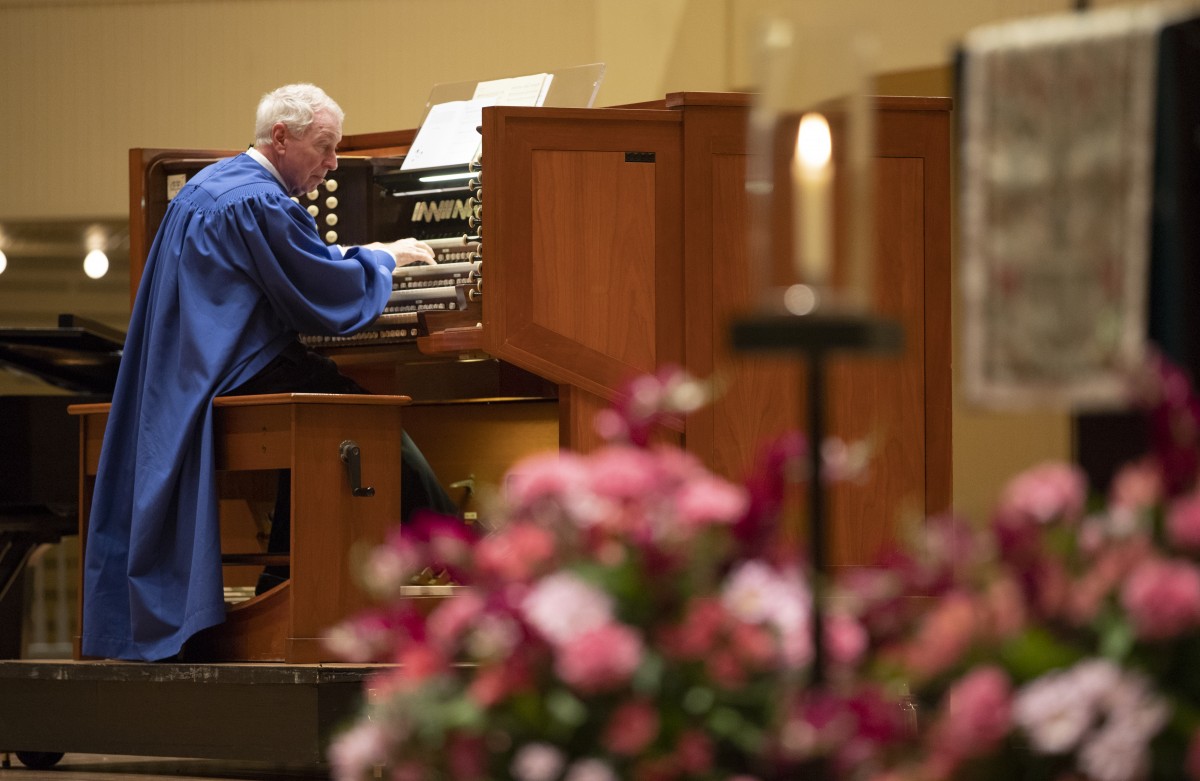 Though he has spent the past nine weeks planning and performing organ concerts, Jared Jacobsen said he is still searching for “the lost chord.”

“I’ve played a lot of music over on the Tallman Organ; lots of notes have gone by,” said Jacobsen, Chautauqua’s organist and coordinator of worship and sacred music. “But it seems like this year, I’m still searching for that lost chord.”

At 12:15 p.m. Tuesday, Aug. 21, in the Hall of Christ, Jacobsen will present the final Tallman Tracker Organ Mini-Concert: “Still Searching for the Lost Chord.” This concert will include Arthur Sullivan’s piece “The Lost Chord,” as well as a few shorter pieces.

The text of “The Lost Chord” is a poem written by Adelaide Procter and published in 1858 in The English Women’s Journal. Jacobsen said the text tells a “tender and touching” story that resonates with him.

“The piece is an interesting vignette that begins with the line ‘Seated one day at the organ’ and talks about fingers wandering idly over keys,” he said. “Well, that’s what I do all the time. I’m drawn to this piece because it’s me.”

Jacobsen performed “The Lost Chord” last year and said the audience enjoyed singing along. This year, he found himself curious about the history of the piece, and dug deeper into the story of music’s “lost chord.”

“Well, it turns out there’s an entire website devoted to ‘The Lost Chord,’ and there’s a whole society called the Lost Chord Society,” he said. “There’s all this interesting trivia about the lost chord. This concert is a chance for me to surface this whimsical stuff as we’re closing out the season.”

The “interesting trivia” includes several musical works that allude to or directly reference “The Lost Chord.” In 1947, American singer Jimmy Durante recorded the song “I’m the Guy Who Found the Lost Chord” and in 1968, the Moody Blues released an album called In Search of the Lost Chord.

“Clearly, ‘The Lost Chord’ has struck something deep inside people,” Jacobsen said. “There’s even this organization called the Lost Chord in New England, which is designed to be a grassroots organization to promote good music in rural areas. They’re taking it incredibly seriously.”

Jacobsen fully intends to engage the audience in his pursuit of the lost chord and said that attendees will be encouraged to sing the original text. The combination of playing Sullivan’s piece and singing with Chautauquans, he said, is the ideal end to the season.