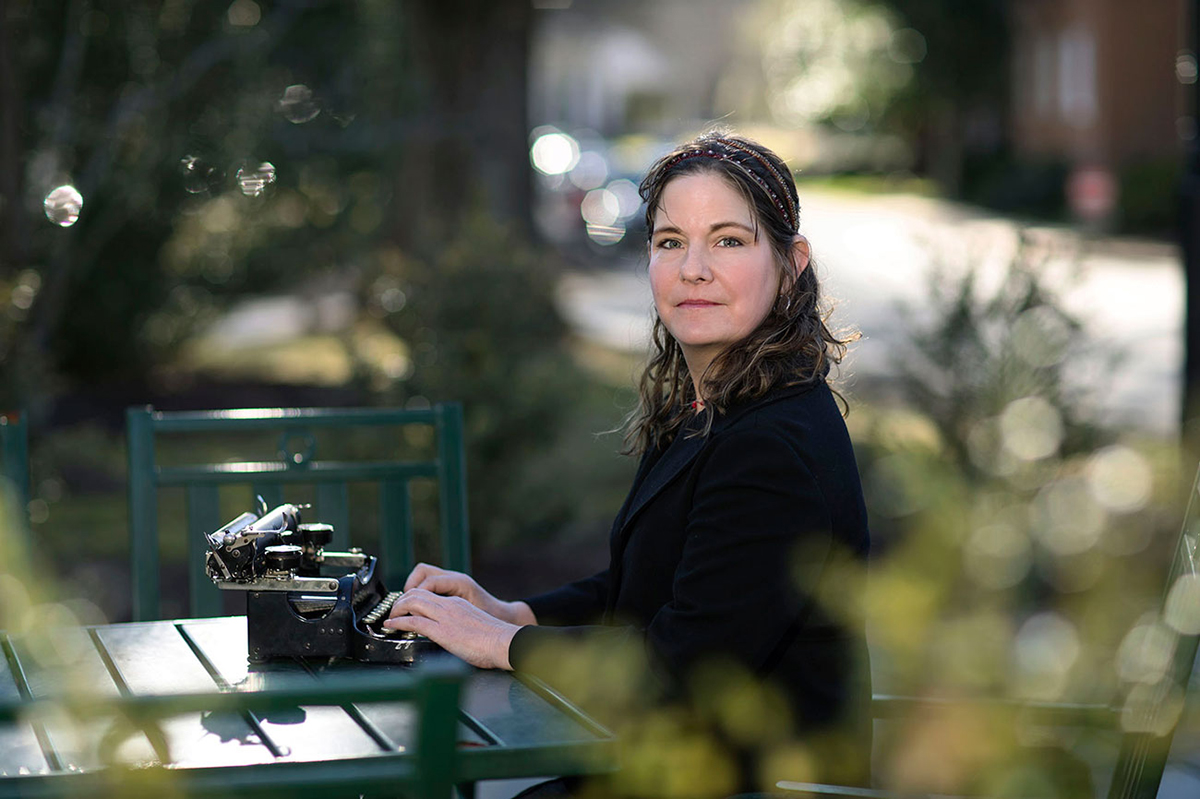 Charlotte Matthews is many things. To name a few: poet, teacher, environmentalist — and great-great-niece of Rachel Carson.

Matthews is also the poet-in-residence for Week Seven at the Chautauqua Writers’ Center. She will deliver a Brown Bag titled “Wonder of All Wonders: The Prescience of Rachel Carson” at 12:15 p.m. Tuesday, August 7, on the front porch of the Literary Arts Center at Alumni Hall.

Matthews teaches at the University of Virginia and was previously a poet-in-residence in 2014. She has authored Still Enough to Be Dreaming: Poems, Green Stars and Whistle What Can’t Be Said, a poetry book about her experience with breast cancer.

Her talk will be interactive, and participants will have the opportunity to close their eyes and listen to the surrounding sounds — perhaps while holding a specimen of flora like a sprig of lavender.

Her talk is in part inspired by a quotation from the book Carson worked on before her death, The Sense of Wonder.

The quotation reads: “If I had influence with the good fairy who is supposed to preside over the christening of all children, I should ask that her gift to each child in the world be a sense of wonder so indestructible that it would last throughout life, as an unfailing antidote against the boredom and disenchantment of later years … the alienation from the sources of our strength.”

In the spirit of Carson’s quote, Matthews hopes to “celebrate” her great-great aunt for her “real love”: the wondrous natural world.

“I think (Carson’s) known, of course, for Silent Spring, but really her love was with the ocean and the sea,” Matthews said.

According to Matthews, this is an “urgent” issue for all people everywhere, as President Donald Trump and his administration work to carry through Environmental Protection Agency rollbacks.

“Rachel Carson also said the more clearly we can focus our attention on the wonders and realities of the universe, the less taste we shall have for destruction,” Matthews said.

Instead of “regarding the environmental … crisis we have (as) scary and frenetic,” Matthews hopes to reframe the conversation, instead focusing on the joys of nature.

“Take time to look at the weed, the buttercup, the mustard seed,” Matthews said, and appreciate nature’s “spectacular wonder.”