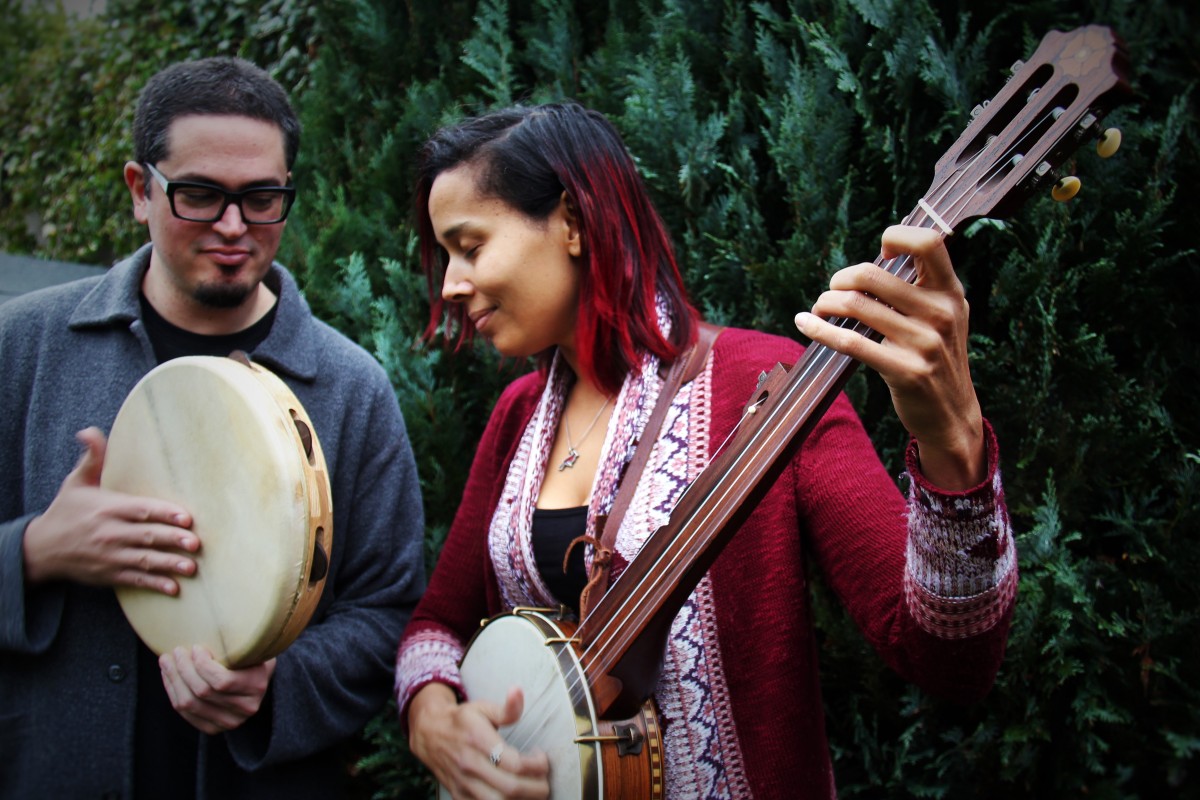 Week Eight’s theme, “The Forgotten: History and Memory in the 21st Century,” provides a platform for lecturers and performers who have dedicated their lives to uncovering the forgotten pieces of history. One of them is roots music singer-songwriter Rhiannon Giddens.

At 8:15 p.m. Wed., Aug. 15, in the Amphitheater, Giddens will perform with jazz musician Francesco Turrisi in a show that will feature Giddens on the viola, violin and minstrel banjo and Turrisi on the piano, cello banjo, accordion, hand drums and tamborello.

Giddens said that working with Turrisi seemed like a natural fit because of the way both musicians cover pieces of music that are often forgotten or hidden. Giddens’ work often comments on how African-American music informed and influenced current American music, and Turrisi’s work explores the roots of southern Italian and Mediterranean music in current European music.

“We like to explore the connections between particularly Southern Italy, because (Turrisi’s) family is Sicilian, with early Italian and older banjo styles from America,” Giddens said. “There are some unexpected connections that we found, so we have been building on that. We found a lot that go between what I do and what he does.”

Turrisi is the leader and founder of “The Taquín Experiments,” a contemporary jazz ensemble that works with world and early music. He has released six critically-acclaimed albums through Diatribe Records and his own record label, Taquin Records.

The pair began working together in December, where Giddens said they “started exploring musically.”

Giddens performed a solo show last season in the Amphitheater and said she is excited to perform in front of the Chautauqua audience again.

“Francesco and I, this is our second American show and fifth or sixth show overall,” she said. “Any time you have a new project, it’s a little bit nerve-wracking, but the responses we have gotten are really good. We’re excited because the audience here is a listening audience, and we have interesting stories to tell about the musical connections. I think it’s a perfect fit.”

Giddens and Turrisi are not just here to perform tonight. They are in residence at the Institution for the week, during which time they are working with the Nashville Ballet, the company’s artistic director, Paul Vasterling, and poet Caroline Randall Williams to create a ballet performance set to Giddens’ music and based upon Williams’ poem “Lucy Negro, Redux.” The project explores the idea that Shakespeare’s “Dark Lady,” who appears in many of his sonnets, was actually an African-American woman.

“I think when you go back and you read those sonnets again with that in mind, you’re like, ‘Oh my god, how could you think anything different?’ ” Giddens said.

Giddens said that so far, the project has been going well. Commissioned by the Nashville Ballet, it is set to premiere in February.

“It’s actually working out really well considering that the poetry is a mixture as well. It seems to be syncing up really well,” Giddens said.

The show in February will feature 12 dancers from Nashville Ballet in the chorus and three main dancers, who will play Lucy, Shakespeare and the Fair Youth.

“It’s a triangle, and you have different duets within that triangle, and then you have, at the end, all of them together,” Giddens said. “It’s very exciting because it means it’s very portable, and we might be able to do it elsewhere.”

Giddens said that she has enjoyed having time to workshop in the same physical space as the Nashville Ballet and Turrisi.

“It’s great to have an opportunity to be somewhere for a few days and kind of dig in,” she said.

Kent State President Beverly Warren to speak on lessons from May 4, 1970, shooting