Editor’s note: Because of health issues, Ruby Nell Sales is unable to deliver her previously scheduled 2 p.m. lecture Wednesday, Aug. 15, in the Hall of Philosophy; however, in order to enter this interview into Chautauqua’s record, the Dailyis pleased to run Julie Ciotola’s original story below. 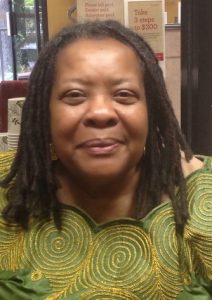 Since 2000, the SpiritHouse Project has worked to connect and unite diverse peoples against racial and economic inequality. Recently, the organization has focused on voicing opposition to state-sanctioned deaths of African-Americans and organized a national day of action in 2016 in Washington, D.C., called “Stop the War on Our Children.”

Fueling this activism is the passion of SpiritHouse founder and director, Ruby Nell Sales. Sales, who was one of 50 African-Americans from the civil rights movement to be recognized at the Smithsonian Museum of African-American History and Culture, has been an active voice against racism since she was a teenager.

As a lifelong activist, Sales believes modern social movements should pay attention to the past.

“In a movement like #MeToo, where a man might have done something really sexist in 1980, people hold him to that as if he cannot change,” Sales said. “The problem with that is that it entrenches each of us in an abyss where no one can change, and there’s no hope for us there. I think Dr. King was teaching us a different way of doing active movement.”

Sales is the 2013 recipient of the Living Legacies Civil Rights Recognition Award, and in 2014, she was inducted into the Morehouse College Martin Luther King Jr. Board of Preachers. She is also an active social critic and frequent guest on the radio show, “Inside the Issues.”

A seasoned scholar and activist, Sales said the heart of King’s movement preached redemption and “redeeming the soul of America.”

“What King meant was to see justice not as retribution, but as a possibility for each of us to become larger than who we are and to create pathways by which we might become more relational people,” she said. “For example, if a person says something racist in 1952 and it’s 1992, you say that person is forever trapped in that history, and they cannot change. Instead, what King’s redemptive movement did was to provide each of us pathways out of bad history.”

In 2015, Sales was awarded the Martin Luther King Jr. Peace Award from the Fellowship of Reconciliation and said she constantly remembers the principles of redemption King preached. She said she encourages others to do the same, even though complete forgiveness can be difficult.

To create a positive mindset, Sales said it is crucial to practice self-awareness and recognize the dynamic nature of humanity.

“I think once you can identify the growing edges of yourself, it creates a certain amount of humility so that you can work with the growing edges in other people,” she said. “You move from being self-righteous to looking for justice.”