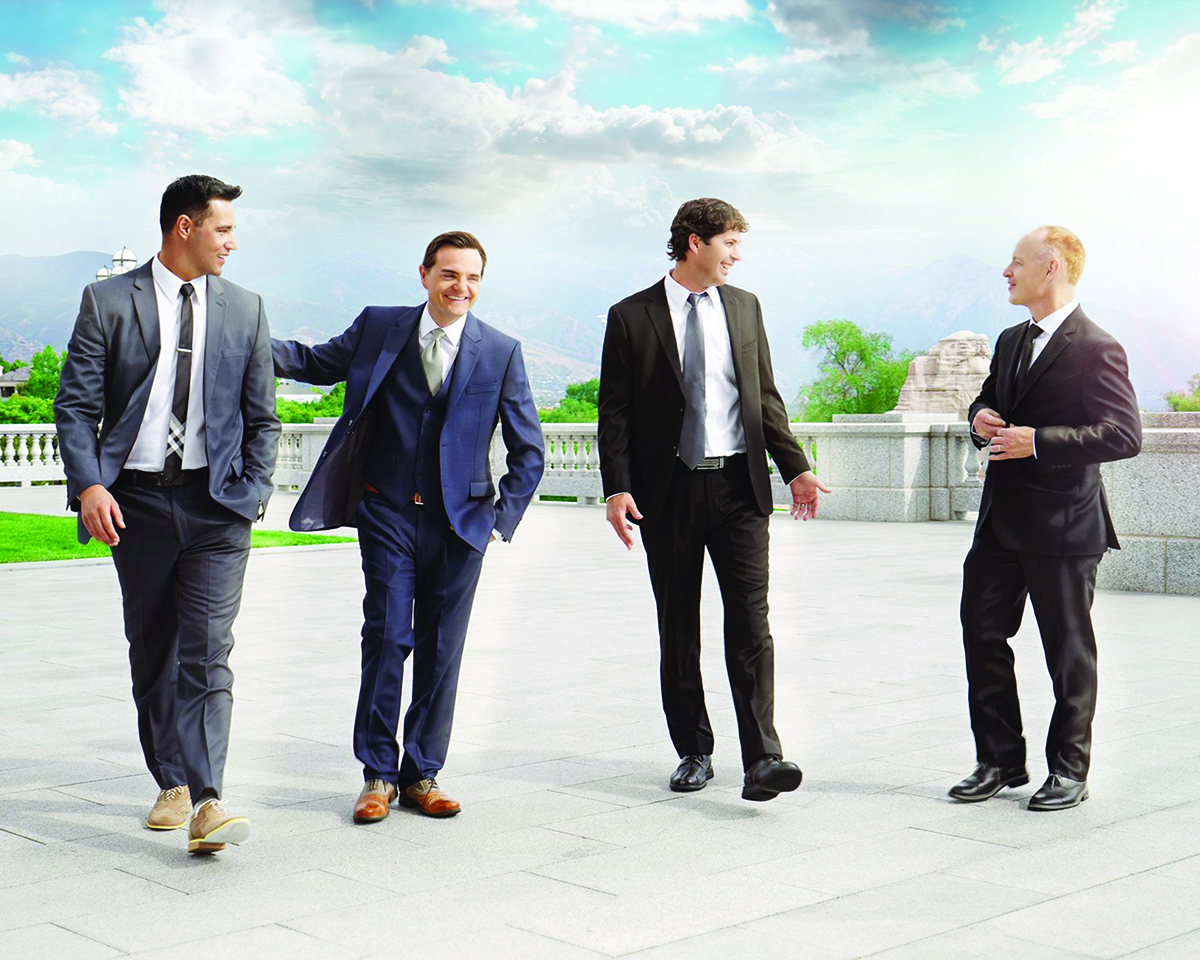 The members of The Piano Guys like to describe themselves as ordinary guys, or dads from Utah. But the band, which will perform at 8:15 p.m. Friday, Aug. 3, in the Amphitheater, has amassed millions of YouTube subscribers and billions of views since establishing its online presence in 2010.

The band covers popular hits as well as classical music, and in many of their pieces combines the two genres — like melodies of Beethoven’s Fifth Symphony with OneRepublic’s hit “Secrets,” or David Guetta and Sia’s song “Titanium” with melodies from Gabriel Fauré’s “Pavane.”

According to its website, The Piano Guys adopted the moniker from the name of Anderson’s piano store in Saint George, Utah. Anderson was on the hunt for new marketing techniques when Schmidt “literally” walked into his store, seeking a practice space. Schmidt agreed to lend his piano-playing skills to Anderson’s advertising, and they were later joined by Nelson and van der Beek.

In a 2014 New York Times interview, the band spoke about obtaining a contract with Sony and how the members distinguish themselves from other YouTube powerhouses.

“You have a cello and a piano playing in a classical vein, but it is tough to pin us down,” Nelson told the Times.

Since that interview, The Piano Guys’ YouTube channel has nearly doubled its subscribers — to over six million.

Most recently, the group has released covers of songs from the 2017 musical “The Greatest Showman,” like “Rewrite the Stars” and “A Million Dreams.” Most of The Piano Guys’ biggest hits are covers of pop songs — Idina Menzel’s “Let it Go,” Christina Perri’s “A Thousand Years,” Adele’s “Rolling in the Deep,” and more.

The Piano Guys self-released its first album, Hits Volume 1, in 2011, and six more after that from Sony Masterworks. Two are self-titled, two are Christmas albums and the others, Wonders and Uncharted, reached positions 12 and 15 on the Billboard 200, respectively. All the albums the band released under contract with Sony peaked at No. 1 on Billboard’s Classical Album chart and the magazine’s New Age Albums chart.

The band has toured worldwide, and has upcoming dates in Canada, the United States and Australia.

“We do not take credit for our successes. We cannot,” the band wrote on its website. “To do so would defy reason. We thank God, our families, and the people who have supported us by sharing our videos, purchasing our music, and encouraging us through comments and messages. … If we can make a positive impact in even one person’s life it has all been worth it to us.”