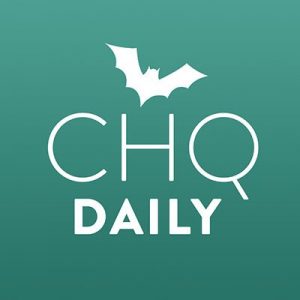 In the summer of 1925, Dayton, Tennessee, became home to one of the most publicized courtroom dramas of the 20th century. This summer, 94 years after the trial, the dispute will flare again on the grounds as three lifelong Chautauquans bring it to life.

At 3:30 p.m. today in the Hall of Philosophy, as part of the Oliver Archives Heritage Lecture Series, Jon Schmitz, archivist and historian for Chautauqua Institution, will introduce a reading of the trial transcript.

The State of Tennessee v. John Thomas Scopes, also known as the Scopes Trial or Scopes Monkey Trial, was the 1925 prosecution of teacher John Scopes, who was tried for teaching evolution in a Tennessee public school after the Butler Act was enacted. The Butler Act prohibited public school teachers from denying the Biblical account of mankind’s origin, which the studies on evolution clashed with.

Ralph Walton has been in amateur theater for almost 60 years and will be reading for Clarence Darrow, a leading member of the American Civil Liberties Union, then-director of Chautauqua’s Department of Religion and the defense lawyer in the Scopes Trial. Walton said he was excited to give insight to a decisive issue similar to issues in modern-day America.

John Jackson will be reading for William Jennings Bryan. Bryan was a three-time presidential nominee, and frequent Chautauqua lecturer, who volunteered for the prosecution.

Bill Brockman will be reading for Judge John T. Raulston, who was the presiding judge in the Scopes Trial. Raulston ruled in favor of Tennessee, which prohibited the instruction of evolution in public schools.

Schmitz thinks the lecture is fitting for the Week One theme “Moments That Changed the World.”

“So much of history is (similar to the Scopes Trial); you have these significant moments in history that mark how certain issues are emerging and developing but not necessarily always decisive turns in any particular way,” Schmitz said.

Not only does it coincide with the theme but also with one of Chautauqua’s four pillars: Education.

“We still face the problem of how public school curriculum should be determined,” Schmitz said.  “Who decides, how are you applying that science, how is that science being used, what is the effect, how can moral values be established, how can we use the school system to prepare students for civil society when that society doesn’t always have shared values or beliefs?”

Walton, Jackson and Brockman will be reading the majority of the trial transcript to give the audience an idea of what was going on during the time of the trial, how it originated and what Darrow was trying to prove with his argument.

Darrow’s main goal was to defend the scientific credibility of evolution; and he believed that the Butler Act was rooted in the viewpoint of one religion.

Schmitz will also be comparing some of the trial transcript to the Scope Trial film, “Inherit the Wind,” to expose the way the film romanticized the case.

In terms of the post-lecture discussion, Brockman quoted Bryan, who once said “I’m not hostile to you, I’m hostile to your ideas.” He believes that Chautauquans will have the same response.

“I think what Chautauqua stands for is that we can really, seriously disagree with each other and have very opposite views, that it doesn’t help to be critical of the other side without understanding the point of view from the other side,” Schmitz said. “Listening and paying attention, we may never agree, but there is some stability in being able to listen and disagree without being disagreeable as people.”