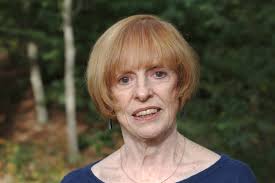 In 1909, a 5-year-old boy worked a fruit stand in front of his uncle’s Blue Front Restaurant. On Nov. 11, 1909, he watched his town in Cairo, Illinois, lynch two men. In 2006, Martha Collins, Week One’s poet-in-residence for the Chautauqua Writers’ Center, published her fifth book of poems. Through fragmented narrative, photographs, articles and testimony from Collins’ father — that same young boy in Illinois — Blue Front meditates on those violent murders and the racial trauma that terrorizes a nation.

A professor emerita at Oberlin College and the founder of the creative writing program at the University of Massachusetts Boston, Collins is a poet, translator and editor. The process behind Blue Front provides the basis for her Brown Bag lecture, “History Into Poetry, Poetry Into History.” She will deliver her lecture at 12:15 p.m. Tuesday, June 25 at the Literary Arts Center at Alumni Hall.

The first of a trilogy published in the span of a decade, Blue Front “pushed” Collins to focus on race through the lens of documentary material. Six years later, in 2012, she published White Papers, an examination of whiteness and the privilege attached to it. Four years later, she again united research and reflection with Admit One: An American Scrapbook, an exploration of scientific racism.

Her Brown Bag, Collins said, will be about transforming historical fact into emotive, lyrical literature with a focus on race and American history. She plans to read a few of her own poems, discuss other authors involved in this work and ask why such a poetic practice is fruitful.

“It’s a way of not only getting the facts, but a way of experiencing those facts in a way that is emotional as well as intellectual,” Collins said. “You can read a 400-page history book and retain a lot of facts, but it may not go very deep.”

Poetry requires the reader to be engaged in the text, to be “filling in the gaps and thinking imaginatively.”

“The poet is doing the same thing,” Collins said. “You are experiencing this material of the past in an emotional and connected way.”

What matters then, Collins said, is “how you convey it to the reader.”