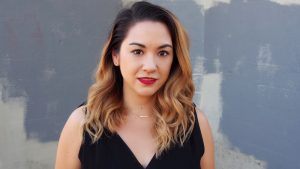 Once, when she was the principal cellist in the Santa Rosa Symphony Youth Orchestra, Aja Gabel played Yo-Yo Ma’s cello.

During a break from rehearsing with the symphony, the renowned cellist left the stage to do sit-ups and asked the orchestra members if anyone wanted to play his instrument. No one took him up on the offer — except for a young Gabel, who was watching in the audience.

“I had never played such a nice cello,” she said. “And I never will again.”

In 2018, Gabel published her debut novel The Ensemble, an intimate epic that features a cellist named Daniel, a prickly musician with a chip on his shoulder and one-fourth of the Van Ness Quartet. The Chautauqua Literary and Scientific Circle’s pick for Week Four follows the quartet members — Jana, Brit, Henry and Daniel — across 18 years of friction and devotion as they grow into adulthood.

In her CLSC Author Presentation at 3:30 p.m. today, July 18, in the Hall of Philosophy, Gabel will untangle the rigorous, messy processes behind music and writing, with a focus on theorizing “revision” when understanding art and life. Gabel will be joined by the Athena Quartet, whose members include Chautauqua School of Music faculty members Aaron Berofsky, Kathryn Votapek and John Michel, as well as violinist Yehonatan Berick, highlighting the 2019 CLSC vertical theme of “Collaboration.” To open and conclude Gabel’s lecture, the Athena Quartet will play the first and last movement of Dmitri Shostakovich’s String Quartet No. 8 — which is, according to Berofsky, “incredibly sad, but great.”

“For me, quartets … are the most intimate, personal genre,” Berofsky said. “You have to attend to every single detail, whereas, as a soloist, you can kind of just do it by instinct in some ways.”

Without the benefit of a piano or orchestra, quartets can easily sound out of tune, requiring a perfectionist’s commitment. The closeness engendered by such painstaking work, Berofsky said, is an aspect of the book that resonated with him and the fellow quartet members.

“Listening to the music, hopefully (the audience) will hear (The Ensemble) in a new light,” Votapek said. 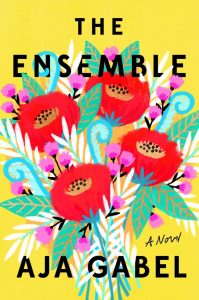 Excepting Octavia E. Butler’s Kindred, The Ensemble is the first fiction pick of a CLSC season that has already seen five author presentations, many from prominent journalists and nonfiction writers. According to Atom Atkinson, director of literary arts, the novel’s unconventional arrangement and specific attention to an insular subculture made it an even more exciting pick for Week Four. The journey within the book, they said, is really “the arc of a life of the ensemble.”

“It’s doing something conceptually and structurally that is innovative while still being inviting and welcoming to a lot of different kinds of readers,” they said. “It’s also quite educational for anyone who has not been inside the world of being a musician — period — let alone this particular niche. I think that, of all the communities that might have a layperson interest in that world, Chautauqua is one of them. “

From the frenzied competition scenes to the precise descriptions of neck divots and arms bowing in tandem, The Ensemble vibrates with the expertise of a life steeped in the world of classical music. Gabel was a serious cellist for 25 years, and pairing writing and music — her two “true loves” — seemed like a natural pairing for her first novel. It also meant she was already an expert on her subject matter, not only the routine and career trajectory of her characters, but also the deep familiarity present within a group of individuals bound to each other by the strings of their instruments.

Gabel would eventually decide not to pursue a professional career in classical music, yet she  always tried to be “music-adjacent.” When she worked at the National Endowment for the Arts, she worked with music as an arts administrator. When she studied writing, she took cello lessons on the side.

“(Music) was always a constant in my life,” she said. “I was so desperate to make it be in my life — and so sad at the idea that it wouldn’t be — that I think it contributed to my writing the novel. I wanted to live a life where I could still live a life of music.”

With Gabel’s intentional inclusion of concert pieces at the beginning of each section, Beethoven, Mozart and Dvořák literally punctuate her book as it charts the Van Ness Quartet’s course from students to professional musicians. She begins and ends the book with a Dvořák “because they would play it in two different ways”; she has the quartet play a difficult Shostakovich when she wants to gesture toward the group’s instability and unease; and she saves a Mendelssohn for when the quartet starts to “expand their lives.”

“If you were listening while you were reading that section, it would make sense,” Gabel said. “I understood those pieces so well, so it was fun to dramatize them in this way. It’s not an opera; it’s a novel set to music.”

The Ensemble is written as a series of close third-person narratives, a switch from the  first-person chapters of an early draft and a structure reminiscent of The Poisonwood Bible, Barbara Kingsolver’s best-selling novel about an American family living in the Belgian Congo. To inform her portrayal of a motley family, Gabel turned “again and again” to family-spanning books like Alice McDermott’s After This and Zadie Smith’s On Beauty.

As a fellow cellist, Gabel said she’s not as “angsty” as Daniel, but she does identify with his internal struggle when playing alongside someone as effortlessly talented as Henry, the book’s prodigy. Although she might not be autobiographically attune to all that her characters undergo — take Jana’s experience with adoption, for example — Gabel does find herself needing to “believe in the conflict,” which often means seeking out a personal avenue into a fictional situation.

“Perhaps I’m interested not in motherhood in a literal sense, the way Jana is, but I am interested in it in other ways,” Gabel said. “How do you maintain yourself and love another person that you have purposefully and intentionally decided to bring into the world?”

As The Ensemble’s quartet members fall in and out of love with each other and their craft, they illustrate the tension inherent between human loneliness and the intensity of their relationships. In non-literal ways, Gabel used her debut novel as a map.

“It’s not in vogue to say that fiction is cathartic, but I have always experienced it that way,” she said. “I have always done my best work when I am writing something I am trying to figure out.”

In her professional life, Gabel now lives primarily as a writer, though just last week she attended an open rehearsal for the Los Angeles Philharmonic that “took (her) right back.” The Ensemble is a convergence of these two worlds that have brightened and defined her life.

“I feel like as long as the book is in the print, I’ll be able to engage with music,” Gabel said.

Fr. Richard Rohr Uses ‘Odyssey’ to Explain Transition From First to Second Half of Life