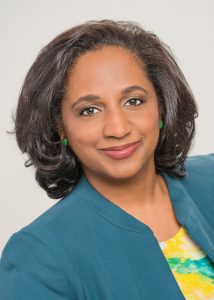 When she was 6 years old, Daina Berry experienced her first moment of discrimination. In that moment, she used her knowledge of history to defend herself.

“I gave my first history lesson when I was 6 years old,” Berry said. “I was called the N-word by my neighborhood bully.”

Her mom marched her down to the bully’s house, and they told the bully about the resilience of African Americans through history. In college, a similar experience happened when a professor made derogatory comments about African Americans in class, and Berry used her historical knowledge to challenge him.

“So, those were definitely two negative experiences that made me want to become a historian,” Berry said.

At 3:30 p.m. today, July 10, in the Hall of Philosophy, Berry will present “Soul Values and American Slavery” as part of the African American Heritage House Speaker Series. Her 2017 book, The Price for Their Pound of Flesh: The Value of the Enslaved, from Womb to Grave, in the Building of a Nation, is the material she will draw upon throughout the lecture.

Berry said African Americans survived the horrific period of slavery by believing in what she calls “soul values.”

“It’s essentially a way that I feel African Americans survived slavery, by tapping into this deep spiritual space internally,” Berry said. “It was to value themselves, although their bodies and lives were not being valued — they were being valued monetarily, but there was a certain value that you couldn’t put a dollar sign on.”

Having a soul value didn’t rest on religious affiliation though, as religion is not always connected to a higher power, Berry said. She said no matter what religion a person followed, their whole being was devalued and disregarded — they needed something to hold onto.

“It was an institution that didn’t care — it only wanted the workers,” Berry said. “There had to be something internally and individually to turn to, and I argue that it was their soul values.”

In her lecture, Berry will focus on the plight of African Americans and their fight for respect, through stories from the perspective of slaves. She will discuss soul values, as well as the cadaver trade, where the bodies of slaves were traded in for a price.

“As slave people are born, those are free sources of labor for the planters,” Berry said. “Women fight against the sexual exploitation of their bodies, but I will remind the audience that men were sexually abused as well.”

For Berry, it’s important to remember that African Americans are survivors, and she said understanding history is key to understand their resilience.

“For the better part of the first half of the 20th century, scholars and historians who wrote about slavery objectified enslaved people and didn’t look at them as whole human beings,” Berry said.

As Berry pushed down the path to higher education, earning her doctorate in African American studies and U.S. history at the University of Southern California, she realized people didn’t know African American history. She worked with media outlets like NBC, CNN, NPR and others to reach more people.

“I hope that I am speaking in a way that people will understand,” Berry said. “I’m not angry or trying to sway a particular opinion — I am just teaching history based on the primary documents that I’ve looked at over the last 20 years.”

Now, Berry is Oliver H. Radkey Regents Professor with appointments in African and African diaspora studies, American studies and women and gender studies at the University of Texas at Austin. Through her work, she reaches a large audience, and she said her students play an important role in her life.

“They help me sharpen my ideas,” Berry said. “The classroom is one of the most dynamic places — I love teaching.”

She hopes audiences at Chautauqua are open to hearing an honest representation of the overlooked parts of African American history — including  within slavery.

“I hope they are open to working through the pain of slavery because some of this stuff is painful,” Berry said. “I hope they walk away with a better understanding of the American past.”

“We are still fighting against racism and sexism,” Berry said. “I hope that the scholarship of historians — not just me — and uncovering aspects of the past will inform the way we think about today.”