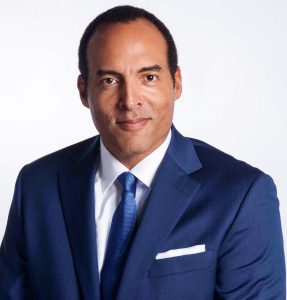 For Michael Moore, history is more than just a class in school. His ancestry is entwined in major historical events, and that legacy has followed him throughout his life.

“My great-great-grandfather is a Civil War hero and congressman named Robert Smalls,” Moore said. “So, I grew up with an interesting connection to history and that has helped me to think about history in a different way.”

Moore grew up in the 1970s, a decade filled with social injustices that he personally felt throughout his schooling, he said.

“I grew up in Boston in the 1970s,” Moore said. “It was a tough time around issues of race — almost on a daily basis I felt confronted about race and identity.”

Moore said to navigate the issues of race in his life, he remembers his connection to Smalls and other accomplished ancestors.

“It provided a great counterbalance to everything that society was throwing at me,” Moore said.

At 3:30 p.m. today, July 31, in the Hall of Philosophy, Moore,  president of the International African American Museum, will give his lecture, “The Farther You Can Look Back, The Farther Ahead You Can See,” as a part of the African American Heritage House Speaker Series.

In eighth grade, Moore spoke about Smalls for the first time. Moore said talking about his ancestry, as it related to certain moments in history, boosted his confidence.

“Being connected to that history and being close to the history really helped me sustain and fortify my sense of self-esteem and identity,” Moore said.

He said Smalls’ life showed how America is an intricate “melting pot” of people contributing to moments in history.

As he began a career in business, Moore said he saw how history continues to impact the world, which he said is key into understanding modern society. Through sharing particular moments in history, Moore said he will discuss how the past continues to influence the present day during his lecture.

“It’s not just about looking in the past and looking about what happened there,” Moore said. “History just plays an enormous impact on shaping current perceptions and behavior.”

He said it’s important that people understand the past and see their connections to it, which is something he will touch on in his lecture by sharing examples from his own life.

“While I’ll be using examples about African American history, I’ll talk about the impact that Robert Smalls had on me,” Moore said. “That’s in service to this broader issue, that it’s important to connect people to their past.”

With the impact of his ancestor’s accomplishments in his heart, he earned his undergraduate degree from the Maxwell School of Citizenship and Public Affairs at Syracuse University, and his master’s from the Fuqua School of Business at Duke University.

He became the brand manager at General Foods USA and Coca-Cola USA, where he managed Jell-O as well. Moore led a software company in the late 1990s that helped spark the social networking movement.

Now, he is the founder and CEO of the International African American Museum, which is set to open in the fall of 2020. The museum is located on the exact spot where almost half of all African slaves first stepped foot in America, in Charleston, South Carolina.

“I’m a business guy, not a museum professional,” Moore said. “But I have a deep calling and connection to this history, and I have an opportunity to present this history on the site largely where that history took place.”

Moore said he hopes Chautauquans will appreciate history and gain a new perspective on modern society.

“I hope it will generate a renewed appreciation for the importance and the power that history can play in our lives,” Moore said, “and the fact that history is not just about looking in the rear view mirror, that it has a contemporary role.”