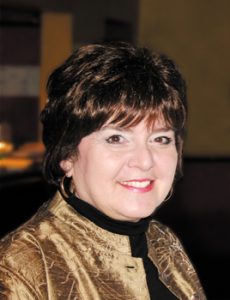 When it comes to religion, the Rev. Elaine Thomas wants people to think outside the box.

“I’d like my audience to take away more questions than they came with,” said Thomas, a spiritual counselor, medium and teacher, based in the Lily Dale Assembly in Western New York. “I also wish that I could give people some answers to questions that are grounded in this reality about the spiritual and intuitive aspects of our lives.”

At 2 p.m. today, July 24, in the Hall of Philosophy, Thomas will discuss “Spiritualism’s Role at Its Inception and Its Relevance Today,” as part of the Week Five interfaith theme, “Chautauqua: Rising from the Ashes of the Burned-Over District.”

Spiritualism is a religious movement based around the idea that the dead can and do commune with the living, often through mediums, people gifted with the ability to mediate communication between the spirits of the dead and the living.

“Chautauqua County has always had great diversity,” Thomas said. “From about the late 1840s on, Spiritualism provided hope and inspiration to people who had lost children and had family members die from disease.”

According to Thomas, the mainstream religions taught that life exists after death — but there was no evidence given to practitioners.

“What these mediums were doing was providing people with the kind of evidence that was healing,” she said. “They were giving people the chance to know that their loved ones were at peace, and that they were with God.”

Thomas works in the metaphysical field primarily in Lily Dale, New York, a hamlet that was incorporated in 1879 as a camp and meeting place for Spiritualists and Freethinkers.

“Lily Dale was created by a very eclectic group of people,” Thomas said. “There were theosophists, abolitionists and spiritualists all coming together to form a summer camp community. They studied philosophy and spirituality, as well as energy healing and mediumship.”

Thomas said that since the 1960s, “more and more of the population has questioned what some people have taken for granted.”

“Though faith is an active component of what I believe and what I do, questioning everything has become more and more the way people operate,” she said. “With all the questioning, people don’t just want to take things on faith. One of the gifts of mediumship is not to tell fortunes, but to bring comfort and upliftment to people who are in pain and grieving.”

According to Thomas, part of the reason mediums exist is because life is “noisy,” and not everyone “knows how, or remembers how” to commune with the dead.

“When I’m receiving information from somebody’s grandmother or child, I can see, hear or feel the information, or all of the above,” she said. “Sometimes I’ll hear a voice, and sometimes it’s an inner vision rather than a feeling that I get.”

But Thomas admits that there are those in the psychic community who may be predatory, instead of uplifting.

“Unfortunately, in any walk of life or profession there are people who are unscrupulous,” she said. “When people are in pain or in need, they’re not always thinking with all their brain cells. They can easily become a victim of people who are looking to be big shots, whether they’re psychics or in finance.”

For her lecture today, Thomas said she wants to open the door for her audience to question everything around them.