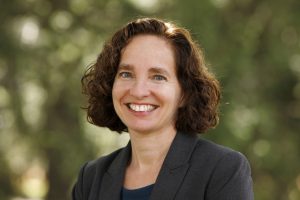 Risa Goluboff became interested in social justice and equality at a young age.

“I definitely spent much of my childhood thinking about social justice and how one makes change in the world and thinking about racial equality and equality more generally,” Goluboff said. “I think as a result of that interest and that orientation towards the world, I always thought that I would be a lawyer.”

Goluboff, the first woman dean of the University of Virginia School of Law, would go on to lead UVA’s response to the violent August 2017, protests in Charlottesville, Virginia. At 10:45 a.m. today, July 4, in the Amphitheater, Goluboff will discuss these events in Charlottesville and how to move forward.

Through her efforts with the university’s response to the violent events, reviews have been conducted — of state laws and university policies governing weapons on grounds — and UVA Police patrols have increased. Margolis Healy & Associates, a higher education safety and security consulting firm, was hired to oversee a comprehensive review of UVA’s infrastructure, policies and tools. The university also approved the removal of plaques honoring students and alumni who served in the Confederacy from UVA’s Rotunda.

She has written two books, The Lost Promise of Civil Rights and Vagrant Nation: Police Power, Constitutional Change, and the Making of the 1960s and numerous shorter works. Goluboff gave insight into the writing of her first book and where her inspiration came from.

“The first book, The Lost Promise of Civil Rights, started out as my dissertation for my history Ph.D. from Princeton,” Goluboff said. “The book really tries to open up our conception of what Constitutionally protected civil rights can be by showing what people thought they might be before the major case of Brown v. Board of Education.”

A renowned legal historian, Goluboff has been dean for the University of Virginia School of Law for three years. During her lecture she plans on discussing the events that took place during the 2017 Unite the Right rally.

“I’ll be talking about how one responds in their life, and their professional life and their communities, to an event like what happened in Charlottesville in August 2017,” she said.

The Unite the Right protest, organized by white supremacists in Charlottesville, lasted two days and resulted in the death of Heather Heyer, who was purposely struck by a protestor’s car. The driver, self-proclaimed neo-Nazi James Fields Jr., was recently sentenced to life in prison.

“The question I’m asking is: What does one do in the face of evil like the Nazis and white supremacists, who came to Charlottesville intending violence and committing violence, including the loss of a life?” Goluboff said.

Goluboff will pose a series of questions about how one responds to the events that took place during the rally and how to move forward. Through her lecture she will answer these questions and discuss how to bounce back after such a tragic event — one that took place in her own community.

“How does one respond as a person, as a member of the community — as the leader of an institution — and what kinds of action does a person take and how do we make sense of what happened and where we should be going after what happened?” she said.

Bill Rollinger and his Ducks Back for 2019 Season