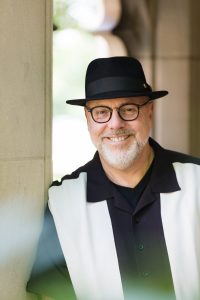 From a Jewish perspective, grace is the very nature of God.

“Grace is, in a sense, everything that happens to you, good or bad,” said Rabbi Rami Shapiro, an author and teacher specializing in liberal Judaism. “That’s going to be the first hurdle in my lecture, because I think most people think that grace just means ‘good.’ ”

According to Shapiro, “grace is simply the gift of reality.”

At 2 p.m. today, August 5, in the Hall of Philosophy, Shapiro will share “God’s Limitless Effervescence: A Jewish Perspective on Grace,” the first in Week Seven’s interfaith lecture series, “Grace: A Celebration of Extraordinary Gifts.”

“God is manifest in the world, as the world,” Shapiro said. “It gets a little esoteric, but one of the names for God in Judaism is understood, in the mystical side of things, to be the equivalent of nature. So God is not simply the creator, God is the creation itself.”

In this view of grace and God, Shapiro said that “grace is existence, grace is life and death, grace is reality.”

“It’s all the grace of God happening,” he said. “It’s not something that you can procure. There’s nothing you can do to get God’s grace, because you’ve already got God’s grace. The question isn’t, ‘How do I get it?’ but, ‘How do I manifest it?’ ”

Shapiro is a practitioner of perennial wisdom, the spiritual belief that all of the world’s religions share a single truth or origin.

“Perennial wisdom says: Every religious tradition, when you go to the heart of its mystical side, articulates the same four points,” he said. “Each does it in its own language, each does it in its own nuanced way, given its culture. But ultimately, whether you’re talking about Christianity, or Islam or Hinduism, when you dig down to the metaphysical heart of any religion, you’ll find the same four points.”

The first point is “everything is a manifestation of God.”

“Everything — you and I, from quarks to quasars — everything is God happening,” Shapiro said. “So that’s No. 1.”

The second point is “human beings have an innate capacity to realize the truth of the first point.”

“You can experience life as the divine happening,” Shapiro said. “No. 3 is, ‘When you have that experience, you can only engage life with compassion and justice, and love and respect.’ When I know that you and I are not separate, but are in fact equal manifestations of the divine, I can only treat you in a Godly manner.”

The last point, according to Shapiro, is “this is the highest thing to which every human being is called.”

For his lecture today, Shapiro joked that he wants people to take away “the fact that I’m absolutely brilliant.”

“In addition to that, I want people to leave the Hall of Philosophy knowing that grace is already given — there’s nothing you can do to get it,” he said. “(It’s) the paradox of being surrendered and not being able to surrender yourself.”