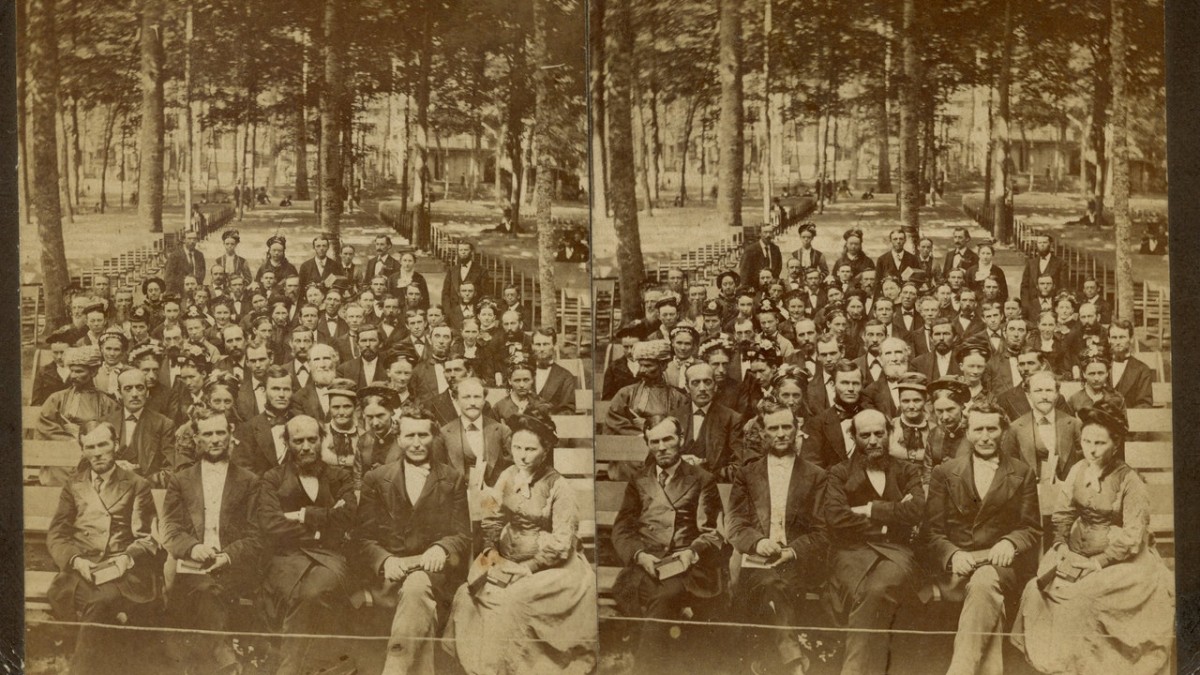 Chautauqua Institution historian and archivist Jon Schmitz will commence the 2020 Heritage Lecture Series at 3:30 p.m. EDT Friday, July 3, on the CHQ Assembly Video Platform with a presentation on the history of the Chautauqua movement.

In ChautauqWhat?: A historical overview of Chautauqua, Schmitz will share the 150-year history of the Chautauqua Movement and what makes the Institution unique.

The movement began in 1874 with the establishment of the Chautauqua Lake Sunday School Assembly as an experiment in “vacation” learning that took place outside of school. It grew to the Chautauqua Institution that currently exists, fostering life-long learning, religion, art, and music.

As the Institution grew, “Daughter Chautauquas” emerged across the country to replicate the western New York organization. At the peak of its popularity in 1915, an estimated 12,000 communities had hosted a Chautauqua. This practice died down in the following decades, but the Institution remained.

Just as the Daughter Chautauquas brought programming into people’s communities across the country, the Institution is doing the same through its virtual 2020 season — a season that Schmitz called unprecedented.

“(The pandemic) makes this the most exceptional season without question. There has never been a year before when the program was canceled,” Schmitz said. “It’s never been radically affected by wars, or pandemics or economic problems.”

When world events have interfered with programming in the past, it was small compared to the impact the COVID-19 pandemic has had on the 2020 season. For example, Schmitz said in years past the opera schedule may have been abbreviated, or the season cut short by a week. But, in-person programming has never been outright canceled.

Schmitz said he hopes that this historic year will allow the audience and community to reflect on what the Institution is and stands for.

“The significance of it is that it will cause people to think more seriously about what Chautauqua is, what it is to them, what they want from it, and what they expect to have from it,” Schmitz said. “At what point is Chautauqua no longer Chautauqua?”

Schmitz prides himself on the work of the Heritage Lecture Series, welcoming speakers who are truly passionate about speaking at the Institution. The speakers are not offered stipends, so there is no incentive other than a desire to speak at the Institution.

“That tends to bring very good speakers. Speakers in the Heritage Lecture Series really make an effort to work up their presentations. They take it very seriously that they’re speaking,” Schmitz said.

One main draw for speakers is the audience they will be speaking to. Schmitz said that the Institution hosts “one of the best audiences in the world.”

The Heritage Lecture Series will premiere a new presentation at 3:30 p.m. EDT every Friday this season on CHQ Assembly.