While the 2020 season at Chautauqua may have been drastically different from a normal year, not all of the changes brought on by the pandemic have been negative. Some have been opportunities for Chautauquans to learn, especially about the importance of having an online infrastructure. 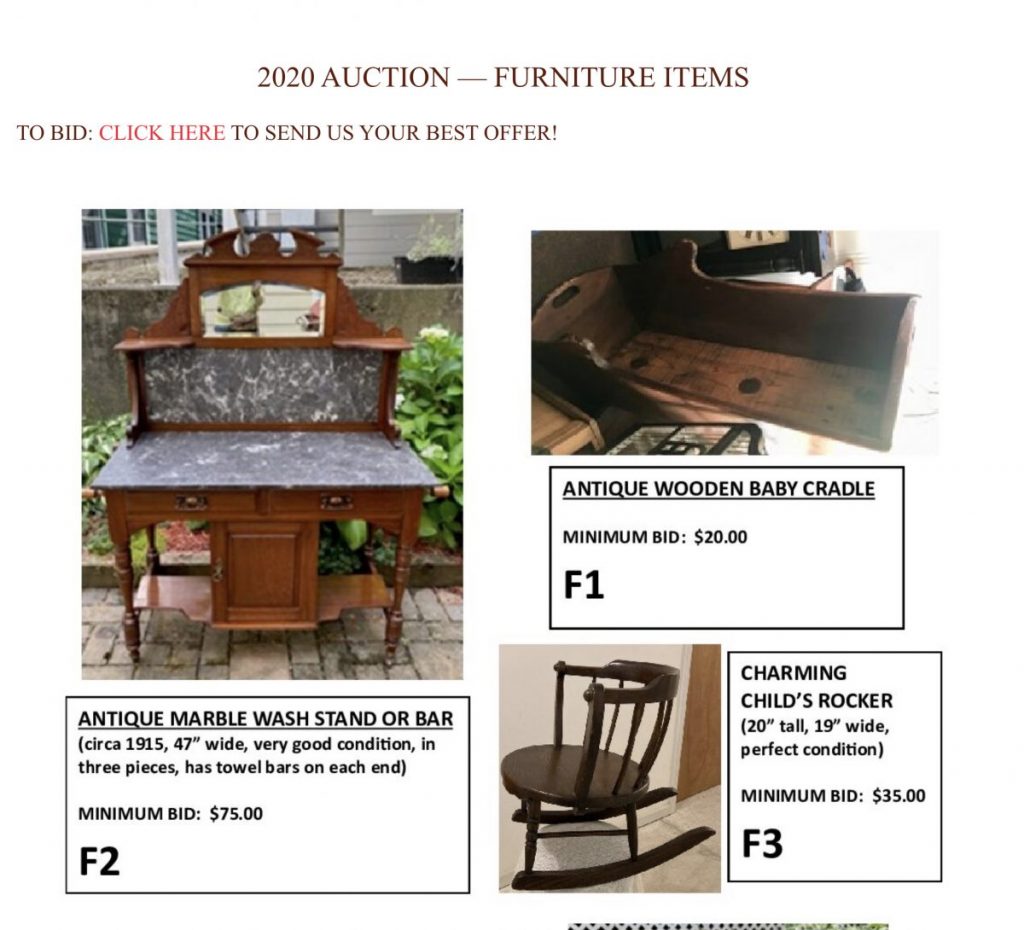 “When we have these events — the Great American Picnic and the silent auction — not everyone gets to be here, in Chautauqua,” said Pat McDonald, the vice president of membership for the Alumni Association of the CLSC. “We’re thinking maybe even next year, we’ll do something like an online auction after the real auction, or before, so that people who aren’t able to come that week are still able to participate.”

The Alumni Association of the CLSC’s Online Auction, which began last Wednesday and ends today, Aug. 19, marks the first time in Chautauqua history that the Association’s auction has been conducted entirely virtually. And though the Great American Picnic, the Brick Walk Book Walk and Authors Among Us Book Fair have been canceled, the auction’s annual quest to raise scholarship funds remains.

“All of the money from the auction goes to scholarships for local teachers, students and librarians to take classes in the literary arts here at Chautauqua,” McDonald said. “This year, we didn’t have as many scholarship people come, of course, but our adult scholarship winners all have taken a virtual class.”

Among the many items available for bidding is an antique marble washstand from 1915, a loom and a book of Grecian History by James Richard Joy that was used in a Chautauqua course in the late 19th century.

“We also have these really interesting oil paintings,” McDonald said. “They came out of one person’s condo — these oil paintings were in there. They’re very nice and beautifully framed. Nobody knows who did them, all we know about them is that they’re supposed to be scenes from Austria.”

For McDonald, helping to run the Online Auction — along with the auction committee — made her feel like she was contributing to “keeping the Chautauqua spirit alive.”

“She is the catalyst for the group and has pulled this all together, and she’s had the vision for the scholarships that was necessary to do all of this,” said Caroline Young, a member of the auction committee.

McDonald said that at the very least, the Online Auction is “giving people something to think about, and clueing them in to things they might want.”

“We saw the Women’s Club doing a great job still collecting for the flea market and storing things, and we thought, ‘Gosh, they’re doing it, so maybe we can do something, too,’” she said.