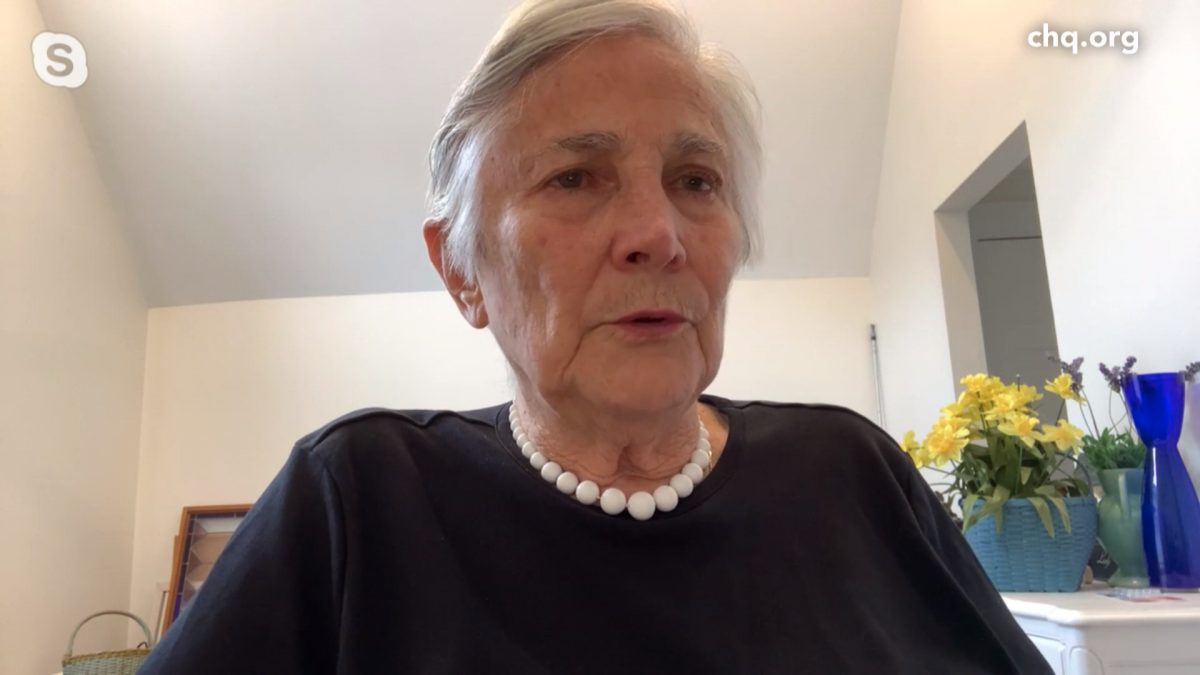 After working in the Department of Education in President George H.W. Bush’s administration, Diane Ravitch joined several conservative think tanks and advocated for school choice and charter schools. However, in 2006, she said, she became very skeptical of her own views.

“I began writing and speaking against the things that I had believed in for many years. I basically said, ‘I’ve been wrong for a number of years, and I want to set the record straight,’” Ravitch said. “As the tests are mostly a reflection of family background, you could look at any test results you want. … They all show the richest kids at the top and the poorest kids at the bottom.”

Ravitch is a research professor of education at New York University and the president of Network for Public Education. At 10:45 a.m. EDT Thursday, Aug. 6, 2020, on the CHQ Assembly Video Platform, Ravitch held a conversation with Vice President and Emily and Richard Smucker Chair for Education Matt Ewalt, titled “The History of Education and Where It’s Going.” Ravitch discussed the privatization of education in the United States, the failings of charter schools and action that needs to be taken to help students, teachers and communities, especially during the age of COVID-19.

Ravitch said that the push for privatization first came from Republicans, but President Bill Clinton was one of the first Democratic politicians to support charter schools, creating a federal program in 1994 that used $5 million to make charter startups.

Ravitch said these 6,000 charter schools attract immense public attention because they are presented as “miracle cures.” Over the past 20 years, she said, people have learned that these schools are very unstable, as they are part of the free market.

“The free market has a lot of casualties. If you look at whether it’s shoe stores or restaurants, they come and go,” Ravitch said. “Some of them persist, some of them don’t. The same is true of charter schools.”

She said there are corporate chains of charter schools, including non-profits and for-profits.

“When they are for-profit, they obviously make money. When they’re non-profit, instead of making money, they pay huge salaries,” Ravitch said. “In some cases, the CEO may be earning a million dollars a year, which in public education is ridiculous.”

Ravitch said that in American legislation, charter schools are called public charter schools, but are “actually not public schools; they’re privately managed schools that receive public money. You might call them contract schools.”

President George W. Bush became a major supporter of charter schools, and Ravitch said while many people thought President Barack Obama would be opposed, his administration built on education programs created during the Bush administration.

During the economic crisis in 2008, the Obama administration sent out $100 billion in aid to help the education system, but Ravitch said Congress gave around $5 billion of that aid to Secretary of Education Arnie Duncan — a charter school supporter — to distribute.

Duncan helped create the “Race to the Top” program, and told states that to receive part of that $5 billion, they would have to agree to create more charter schools, adopt the Common Core Standards and evaluate teachers on the scores of their students, as well as close schools that produced very low scores.

“All these were really bad ideas because there was no evidence behind any of them. None. The Common Core had never been tried … so no one knew whether it would make a difference or not. Ten years later we can say it made no difference,” Ravitch said. “Opening more charter schools didn’t solve any problems because the charter schools we already had were not solving any problems.”

Ravitch said evaluating teachers based on the test scores of their students was demoralizing for the teachers. Individual teachers may teach students with disabilities who make very small progress — progress that Ravitch said should be celebrated — while others may have classes of gifted students.

Almost half of all charter schools ever created have closed, and Ravitch said some collect money from the federal government and never open.

“So it’s a very volatile sector. Arnie Duncan’s administration was really a series of bad policies, and his emphasis on charter schools and his tremendous support for them paved the way for Betsy DeVos,” Ravitch said. “Then Trump was elected, and he brought in Betsy DeVos who had no background in education, other than as an opponent of public schools.”

Ewalt asked Ravitch about why she wrote her recent book Slaying Goliath: The Passionate Resistance to Privatization and the Fight to Save America’s Public Schools.

Ravitch said she first laid out steps that society should be taking in terms of public education, such as opposing the closures of schools. She wrote about a civil rights leader named Jeetu Brown, who organized a dozen people to fight the closure of the last open-enrollment high school in the south side of Chicago.

“I wanted to tell their stories and many more about parents, teachers, and students who said, ‘No,’ and who fought back,” Ravitch said. “So that’s the story of slaying Goliath, and then the other half of the story is who is Goliath.”

Ravitch said that the “Goliath” in terms of public education and charter schools are the very few, wealthy individuals who are supporting the privatization of education — “a very small number of people are imposing privatization against the wishes of communities, who are losing their right to choose their school, for the right to have a say in what happens to their community, and who are being turned from citizens into consumers. None of which helps education. None of which helps kids.”

Ravitch said if the leaders of the movement were to hold a convention and not invite anyone who was paid by them, there would be no one there.

“This is a movement that is not fueled by passion, or by volunteers,” she said. “It’s fueled by money, and only by money.”

Ewalt then asked Ravitch to discuss the weakness in the U.S. education system exposed by the COVID-19 pandemic.

Ravitch said the pandemic has exposed inequities in schools, such as resources in affluent suburbs versus resources in cities. She said districts with many resources are able to take greater care of the health of their students and staff, with some schools able to cover each student desk with plastic.

“In the impoverished urban districts, even when there’s a lot of money being spent, it’s still not enough for the incredible needs of kids who are exposed every day to trauma, and to hunger and to lack of medical care,” Ravitch said.

The pandemic also showed disparities in access to the internet, and each district has had to find funding to provide some sort of access to their students.

“This is harder where students don’t have a computer at home,” Ravitch said. “I’ve heard about students who are getting their online lessons on the one cell phone that their family has.”

In the midst of chaos, tarry in prayer, waiting for God to change you, Callahan says