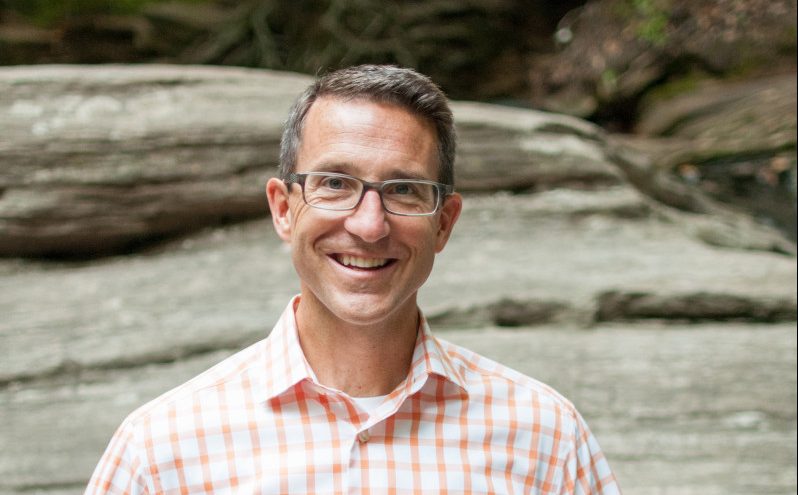 The separation of church and hate might seem an odd theme for a week of sermons at Chautauqua. For Pastor Ben Cachiaras, lead pastor of Mountain Christian Church, headquartered in Joppa, Maryland, it is a theme that speaks to the times in which we live.

“Our nation is polarized, often down political lines,” he said. “We all feel it in conversation, on social media, and in our news. Whether we’re talking about kneeling athletes, police presence, immigration or even wearing masks, the divide is deep and the tension thick.”

He continued, “And it’s an election year! It seems everyone is ‘politicked’ off. How can we navigate the age of outrage? What posture and practices may a follower of Christ take so we can be part of the separation of church and hate?”

Cachiaras is the chaplain for Week Nine of the 2020 CHQ Assembly. He will preach at 10:45 a.m. EDT Sunday, Aug. 23, for the service of worship and sermon on the CHQ Assembly Video Platform. His sermon title is “The Separation of Church and Hate: Remember Your IDENTITY.”

He will also give the homily at the 9:15 a.m. EDT morning devotional services from Monday, Aug. 24 through Friday, Aug. 28, on the CHQ Assembly Video Platform. He will continue the theme of the separation of church and hate in through these sermons: “Behave with CIVILITY,” “Demonstrate HUMILITY,” “Strive for UNITY,” “Be Known for CHARITY,” and “Live with CLARITY.”

Since 1997, Cachiaras has served as lead pastor with Mountain Christian Church, a multi-ethnic, multi-site church with four locations around Baltimore, Maryland, a region in the northeast that the church’s website describes as a vital mission field with a high concentration of unchurched people. He began in ministry with Valley Christian Church in Apple Valley, Minnesota, and also served with Grandview Christian Church in Johnson City, Tennessee.

“Mountain’s mission is to make disciples who love God, love people, and serve the world,” according to its website. “Mountain is known for ministry that happens in the community as the people of God scatter on mission.”

A graduate of Minnesota Bible College (renamed Crossroads College), he has studied at Bethel Theological Seminary and Fuller Theological Seminary, and graduated with the Master of Divinity degree from Emmanuel Christian Seminary where he is currently completing his Doctor of Ministry final project.

Cachiaras served as trustee for Emmanuel Christian Seminary for 20 years, and now as trustee with Milligan College. He has served as president for the North American Christian Convention (2010) on its Board of Stewards, and as a contributing editor for Christian Standard magazine as well as on the publishing committee for Standard Publishing and on various other ministry boards.

He is the co-founder of MOVE Northeast, a church-planting network. Cachiaras follows in the footsteps of his grandparents and parents who spent their lives in ministry among Christian churches, mostly in the state of Minnesota.

This program is made possible by the Alison and Craig Marthinsen Endowment for the Department of Religion and the Daney-Holden Chaplaincy Fund.