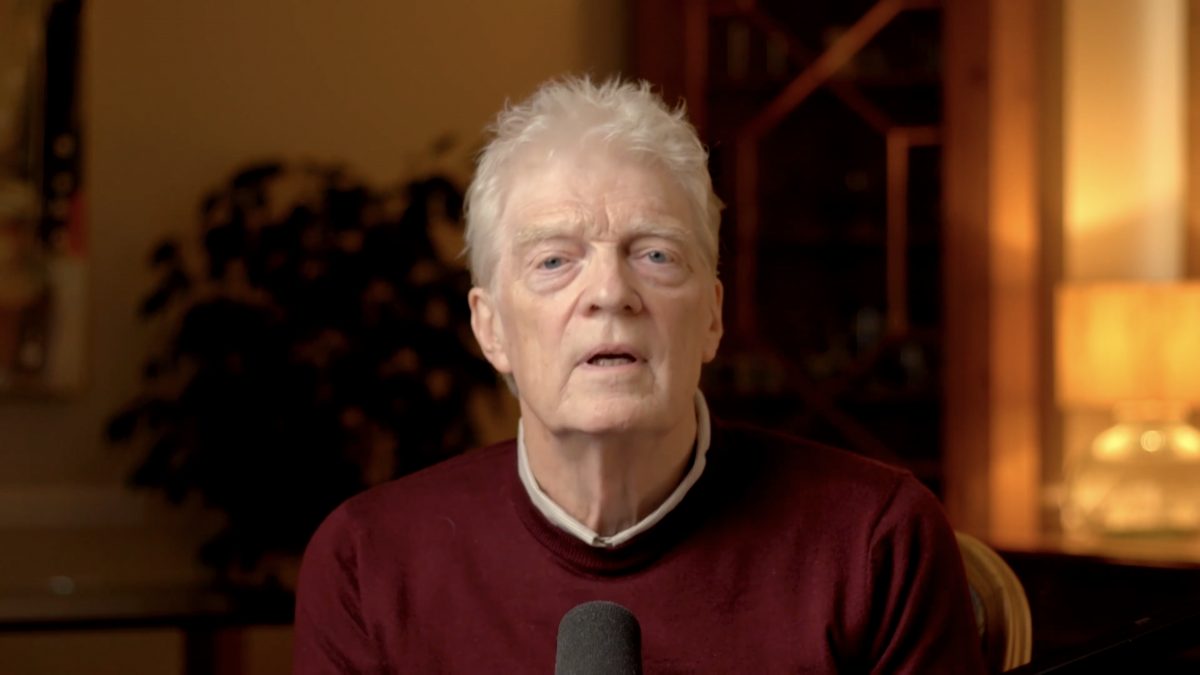 “When you have a new generation, every child is a fountain of possibilities. They are a miracle of talent and potential,” said Sir Ken Robinson, professor emeritus at University of Warwick in the United Kingdom. “What becomes of that has everything to do with opportunity, with how they’re raised, and especially if they’re educated.”

Robinson said humans, like other animals, thrive under certain conditions. He said that the same is true in education, with many people losing their passion for learning if they’re not in the right conditions.

“Education is meant to be the system that encourages and cultivates learning, but a lot of children have a bad time with it,” Robinson said. “Schools in particular often see that appetite for learning beginning to fade.”

One innate characteristic of learning is endless creativity, which Robinson said comes with an endless curiosity.

“We’re not seeing the world as it is,” Robinson said. “We’re seeing it through frameworks of ideas or belief systems, according to the cultures that we grew up in.”

Humans collaborate on almost everything, but Robinson said that most education systems prioritize compliance and conformity, rather than creativity and collaboration.

Robinson is a world-renowned education expert and the most-watched speaker in TED Talk history; he is also the author of numerous books, including Creative Schools: The Grassroots Revolution That’s Transforming Education and You, Your Child, and School: Navigate Your Way to the Best Education. At 10:45 a.m. EDT Tuesday, Aug. 4, 2020, on the CHQ Assembly Video Platform, Robinson presented his pre-recorded lecture titled “The State of the American Education System,” originally scheduled for Aug. 3 but postponed due to a family emergency, and aired without a live Q-and-A. He focused on the current qualities of American education, how the system of public education came to be and what education needs to look like to appeal and include a diverse range of mindsets.

Many people believe that children are blank slates, ready to pick up traits and talents from their parents and community.

“If you’ve got children, (you know) that couldn’t be any further from the truth. Children are born fully loaded. Every one of them has a unique set of talents and possibilities — whether they discover them is a different matter,” Robinson said. “Human resources are very much like natural resources; that’s to say, they are very diverse.”

These talents are often buried beneath the surface, but Robinson said when people discover their natural talents, life takes on a different course. He also said that everyone lives with talents they have never found, and many people leave school prematurely because they believe they do not have any special talents.

“The current system is not based on diversity. It’s looking for a certain sort of talent, mainly academic ability,” Robinson said. “The consequence is that other sorts of talent are marginalized.”

He said that arts and physical education are viewed as recreational activities, which are often abandoned when the student becomes busier with areas that the education system values more.

Robinson said many talents and skills cannot be measured and taught through conventional classroom means. His granddaughter, for example, is learning and discovering how to speak, and when teaching a child how to speak, people do not sit them down and explain nouns and verbs to them.

“Honestly, nobody gets it,” Robinson said. “That’s embedded in the language and we just pick it up.”

Learning is also about developing young people, as well as nurturing their discovery. One example Robinson gave was teaching students calculus.

“If you want to learn those things, it’s much better if you have experts, as it is in most fields, who can help you do that,” he said.

Robinson said education depends on keeping students curious and recognizing their talents, as well as keeping the learning process a social and collaborative experience. Where the current education system fails is focusing on certain areas of academic work, which Robinson said is “only a partial account of our capabilities.”

He said people “unconsciously divide the world into two types of children: the academic and the non-academic, or the able, and the less able.”

“You do well, you can go on and be judged (as) the great success of the education system. If you don’t, you’re quite likely exposed to remedial programs to try and get you up to par,” Robinson said. “And if you don’t make it through those, you probably leave the system altogether, or you’re judged to be the failure.”

Robinson said one of the tragedies of American education is that each year huge numbers of young people leave school prematurely.

“I really dislike the term ‘dropout,’ because it implies that the children have failed the system. I think it’s much more accurate to say that the system failed them. Most children want to learn,” Robinson said. “It’s amazing how many successful creative people (have been) … written off in the school system.”

Robinson said the mass system of public education in the U.S. was created to meet demands, such as the need for higher-skilled workers during the Industrial Revolution, as opposed to the largely agrarian society of the past. The IQ test, which was first introduced during this era, was used in higher education, the military and mandated for immigrants.

“It’s like coming into America, put in a Lamborghini and being given a driving test, and all you’ve ever had before is a horse and cart,” Robinson said. “There are skills and conventions here that you can’t just improvise.”

A more chilling use of the IQ test was in the military, Robinson said, where a person’s score often determined whether they lived or died. A high score meant they could be an officer, a lower score meant they were placed in the infantry.

“And if you’ve got below that level, the rather chilling memo, or category in the report, was of ‘low-military value,’” Robinson said. “We know what happened to people who were discounted in that sort of way.”

Along with conformity and compliance, Robinson said the current system of public education prioritizes linearity, meaning that schools prepare students for certain experiences in the future. An example of this is how many private schools see their students’ rate of acceptance into Ivy League schools as the biggest marker of success.

“Most people have been increasingly prepared for university, and the consequences of this is an obsession that we start to weed the sheep and the goats,” Robinson said. “Children are groomed for university.”

Robinson said the public education system needs to shift from standardization and conformity to personalization, while also customizing education to the present times and circumstances.

“Now, that’s not about lowering standards,” Robinson said. “On the contrary, we’ll see them rise.”

He said the public education system has three big elements that need to be changed: the amount of standardized testing, the primary focus on math, science and reading, and the neglect systems often show toward teachers.

Robinson said throughout the world, it has been demonstrated that improving education depends on investing in vibrant, well-qualified teachers.

“Teachers have been seen as sort of delivery agents. It’s been based on the assumption that we need to make education teacher-proof, and you simply can’t,” Robinson said. “It’s like trying to make hospitals doctor-proof. It only works if the relationship is right.”

What Robinson laid out is not a theory; there are many examples of systems schools and teachers implementing more customized, collaborative and successful systems for their students.

“(People say) that the birth of every child is a miracle. It’s true. Life is a miracle,” Robinson said. “And how can we come here, how we develop, is miraculous.”