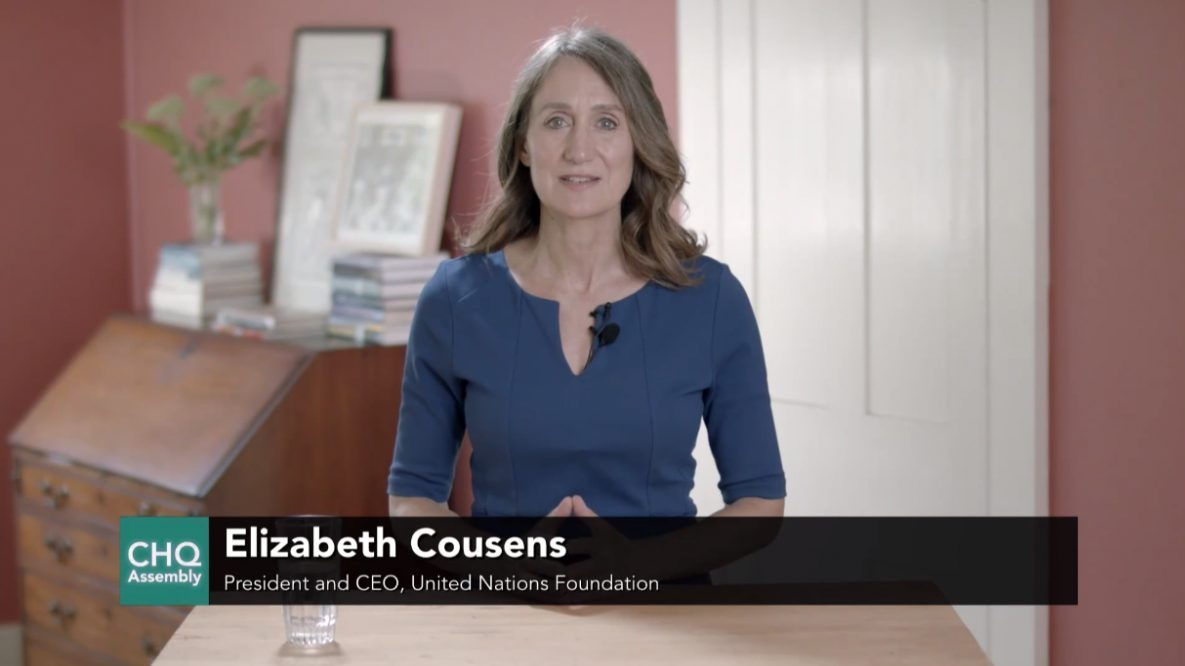 In 1796, James Phipps, a child living in Gloucestershire, England, became the subject of the first successful documented vaccination. In 1967, Marcelino Candau, then-director general of the World Health Organization, initiated a global movement to eradicate smallpox before the new millennium, which succeeded when Ali Maow Maalin, the last known individual to contact the virus, was cured in 1977.

“These three people illustrate an arc of ingenuity, determination and collective action that is one of the greatest examples of overcoming a world scourge that had wreaked havoc on human civilization for centuries,” said Elizabeth Cousens, the U.N. Foundation’s third president and chief executive officer.

Cousens said a similar arc happened after World War II, during which nearly 3% of the world population died and half the world lived on less than $1 a day. Due to the effects of the war, the United Nations was created to help reconstruct shattered economies, settle refugees and revive agricultural systems.

“The founders of the modern multilateral system were not sentimental. The architects of the system didn’t share every value,” Cousens said. “They understood how imperfect and cruel the world could be, they’d seen the failures of the League of Nations a generation before, and they understood that their task was about both purpose and power.”

At 10:45 a.m. EDT Monday, Aug. 24, 2020, on the CHQ Assembly Video Platform, Cousens delivered a lecture titled “This Is Not a Test: Collective Action in the Age of COVID,” opening Week Nine of the Chautauqua Lecture Series. This week is themed “The Future We Want, The World We Need: Collective Action for Tomorrow’s Challenges,” a week in partnership with the U.N. Foundation.

Cousens discussed the founding and purpose of the United Nations, its accomplishments during its 75-year history and the need for greater cooperation in the face of a pandemic.

She quoted former U.N. Secretary-General Dag Hammarskjöld, who said the U.N. was not created to take humanity to heaven, but to save it from hell.

“(The U.N.’s founders) understood that each country would benefit from an infrastructure of cooperation that could deliver critical global public goods, provide institutions an incentive for cooperation and maybe, just maybe, create a platform for our better instincts to prevail,” Cousens said.

Since the U.N.’s founding 75 years ago, Cousens said there has been “a lot of ebb and flow.” Dozens of countries gained independence, globalization distributed wealth in new ways, and 193 countries are currently represented in the U.N. — compared to 50 in 1945. During the Cold War, Cousens said the U.N. helped stabilize conflicts. After the Cold War, the U.N. helped strengthen international human rights standards, such as a commitment to ban landmines and the creation of the International Criminal Court.

She also said that 20 years of polling has shown that American citizens have widespread support for the United States, but often do not vote for political leaders based on their leadership capabilities on the world stage. This has caused some U.S. leaders to walk away from global efforts.

“Then came COVID-19. A spiked particle, all of 125 nanometers large, that has dramatically accelerated and accentuated all of the dynamics we were already facing,” Cousens said. “We’re still deep in the middle of the COVID-19 crisis, which may well get worse before we see our way through to the other side.”

Because of the pandemic and the deepest economic turndown since the Great Depression, Cousens said 71 million people are at risk of being forced into poverty, 1.5 billion schoolchildren are affected by school closures, and there has been a 30% increase in domestic abuse.

“We are interconnected as never before,” Cousens said. “We have mutual vulnerabilities as never before, and we have incredible potential to lift each other up as never before — if we are able to summon new ways of working together, and at scale.”

Cousens said society will have to embrace new forms of cooperation, such as the Republican and Democratic governors and mayors who created the U.S. Climate Alliance, to solve issues revolving around the pandemic, inequality and climate change. Another example is the U.N. creating the COVID-19 Solidarity Response Fund, which worked with philanthropists to raise a goal of $50 million, but has since raised $220 million.

“While it is certainly a moment of consequence, I actually don’t believe we have a real choice,” Cousens said. “Why wouldn’t we eradicate more diseases, starting with COVID-19? Why wouldn’t we consign racism decisively to the past? Why wouldn’t we act to save our only planet for our children?”

The lecture then shifted to a Q-and-A session with Vice President and Emily and Richard Smucker Chair for Education Matt Ewalt. He asked Cousens to discuss her role during the 2015 adoption of the 2030 Agenda for Sustainable Development.

Cousens said one of the main drivers of the Sustainable Development Goals (SDG) was the Millennium Development Goals (MDG) — a set of goals, such as eradicating extreme poverty and hunger, agreed upon in 2000, and expiring in 2015.

“There was a big question of what to do next, both with the unfinished business of the MDG needs but also with the future development agenda,” Cousens said. “Alongside that, there was a growing sense that our economics, which had created so much prosperity for people around the world and so much to celebrate, was at the same time causing accumulating pressures on our planet.”

Cousens said that the SDGs, unlike its predecessor MDGs, was meant to be “universal aspirations that citizens in all countries have” and not simply what one part of the world would do for another part.

Ewalt asked how American citizens, and citizens of the world, should think about their responsibility on a global scale. Cousens’ response was simple: “just being aware, being conscious and conscientious about your place in the world and the things that you can do as an individual, such as talking to your neighbors and discussing issues in your own communities.”

She also said that people can be more aware of what they are buying and the companies they are supporting. And everyone, especially younger citizens, needs to vote.

“There’s almost nothing in a given day that doesn’t give you an opportunity to expand your own horizons, to talk to others about the issues at stake in the world and to think about ways that you can make even a small difference,” Cousens said.