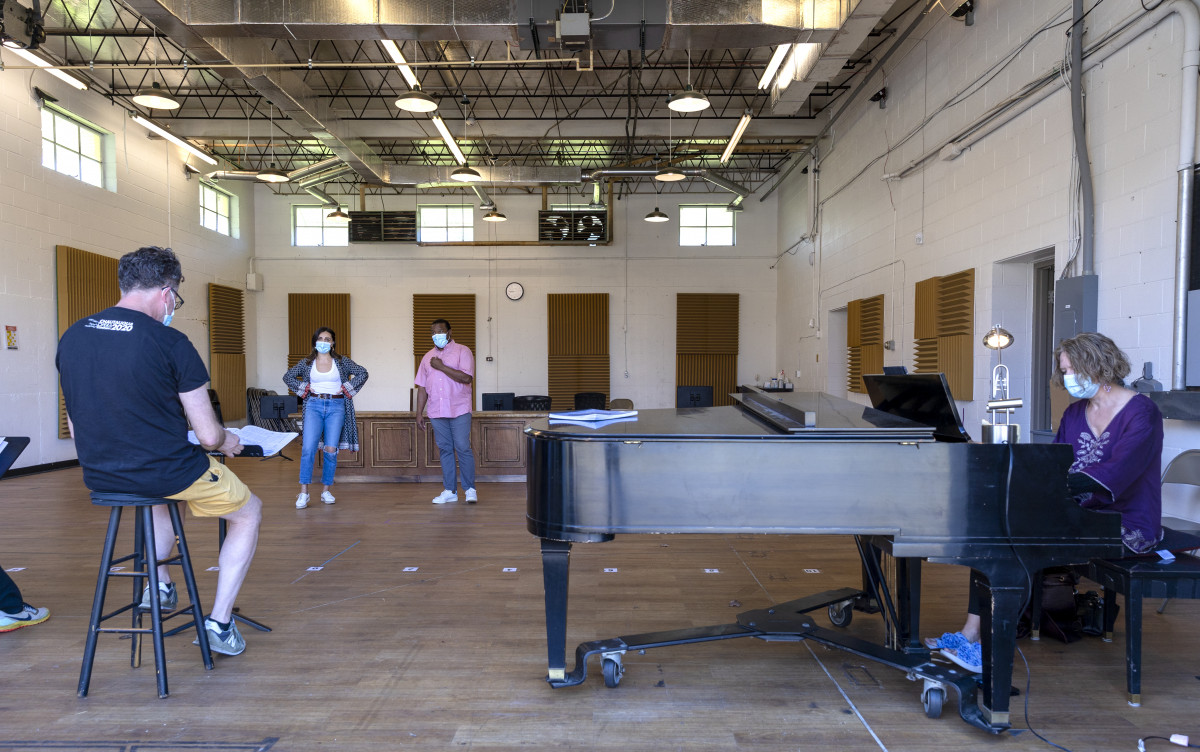 While COVID-19 may have dimmed the stage lights for much of 2020 and 2021 thus far, the show must eventually go on. Chautauqua Theater Company and Chautauqua Opera Company are back this season to entertain, reflect on the year and to deliver on their promise of showcasing the best and brightest up-and-coming artists and actors.

CTC Managing Director Sarah Clare Corporandy is eager to kick off the season to get back to what the company does best.

“We really believe we’re a bridge for everyone that comes to (the) theater company to something else,” Corporandy said. “It may be you’re an apprentice, and you’re 19 years old, and this is your first job working with a professional theater company. Or it may be you’re a  company manager and you’re in your 30s. And then you get a managing director job, or you start as an actor and move to teacher, and move to an associate artistic director and move to an artistic director. It’s not just the schools that we have; it’s the philosophy behind the whole company: ‘How are we lifting each other up to the next?’ ”

Industry unions, including the Actors’ Equity Association, American Guild of Musical Artists and the International Alliance of Theatrical Stage Employees have strict COVID-19 guidelines and with changing regulations, the companies had several different plans for what the season was going to look like. With the new Performance Pavilion on Pratt, with a capacity of 316, all shows from the theater and opera company will be outside.

Artistic Director Andrew Borba described this season’s lineup as not merely escapism, but connecting the shared experiences the community has had in the past year.

The company’s first production, Blood at the Root by Dominique Morisseau, sets the tone for this season’s theme. The show follows six Black high school students charged with attempted murder after fighting a white student. It is inspired by the real-life events of the Jena Six cases in Louisiana. The play follows the perspectives of each of the six characters.

“Sometimes shows are slanted in different directions,” Corporandy said. “But it’s not so circular in this, that I see each of these six characters have a moment where you get to hear how they’re dealing with this situation. It gave me so much empathy for all six and reminded me that there are so many truths happening at one time, that’s such a source of all of our conflicts: My truth, your truth, who is real? This play, for 90 minutes, made me realize it’s all real.”

Blood at the Root will run from June 29 through July 18 at the Performance Pavilion.

For Chautauquans looking for a Shakespeare production this year, the company is doing something a little different in writing their own production: Commedia. The show will be half-scripted and half improvisation, and the storylines will be ripped from the day’s headlines, making the show different every time.

Directed by Borba, the impromptu nature of the show is a welcomed challenge.

Commedia will run from July 22 to Aug. 5 at the Performance Pavilion.

The company will close out their season with Thurgood, a one-person show about the life of Thurgood Marshall, the first Black justice on the Supreme Court. The show was written by George Stevens Jr. and will be directed by Steve H. Broadnax III.

Between learning about the arc of Marshall’s career, the show also makes room to show the arc of America and how the issues Marshall faced during his lifetime still exist in America today.

“There is something about the play existing throughout his life, as an understanding of the arc of his life’s journey,” Borba said. “But also, it is extremely prescient now for what we are facing. We’re just all in the same room together. It’s a beautiful piece. You get to see this masterpiece while being conscious of the fact that we still have work to do in our world today.”

Thurgood will run from Aug. 13 to Aug. 22 at the Performance Pavilion.

Chautauqua Opera Company has two productions this season: Scalia/Ginsburg and As the Cosi Crumbles: A Company-Developed Piece.

Scalia/Ginsburg is a one-act piece about the close, unlikely friendship between Supreme Court Justices Ruth Bader Ginsburg and Antonin Scalia. The opera, written by Derrick Wang, was first introduced in 2013 at the U.S. Supreme Court. This production will be directed by Cara Consilvio and conducted by Steven Osgood, the general and artistic director of Chautauqua Opera Company.

Ginsburg saw the play with Scalia when it first debuted. Though they differed on their interpretation of the law, they shared a love for opera. Ginsburg even delivered a morning lecture about the depiction of lawyers in opera on July 28, 2013, on the Amphitheater stage.

Osgood, who will conduct the opera, believes the themes and messages of Scalia/Ginsburg makes it the perfect show to kick off the season.

“I can’t think of a better place to present this than Chautauqua,” Osgood said. “We have both of those communities in spades here — people who will be so stimulated by the music of it and the law of it. The philosophy of it is incredibly heartwarming and timely. The idea that people on opposite sides of the ideological divide can be friends and respect each other — that’s a good message for now.”

Scalia/Ginsburg will run from July 9 to Aug. 6 at the Performance Pavilion.

The company’s second production, As the Cosi Crumbles: A Company-Developed Piece, is currently still being written, but will allow performers to put new twists on classic arias and ensembles in opera. It will be conducted by Osgood and directed by Chauncey Packer, who will portray Antonin Scalia in Scalia/Ginsburg.

Osgood got the idea based on his experience in experimental theater at the Irondale Ensemble in New York.

“We would create new versions based on a classic,” Osgood said. “We would take these plays, but explode them and bring in contemporary culture. It was all company-developed. And it was using games as a catalyst for improvisation.”

The company has been developing the piece since the beginning of March; it has evolved significantly since Osgood’s initial vision.

“Had you asked me then to guess what the piece would be,” Osgood said, “I would have been talking about (something else entirely). As the Cosi Crumbles is so far from what it was. It’s all the same pitch, the same kind of philosophy. It’s such a response to the company and what every individual brought to the table.”

As the Cosi Crumbles: A Company-Developed Piece will run at the Performance Pavilion from July 28 to Aug. 3.

Osgood is excited to see what this summer’s programming will bring out of the Young Artists and actors.

“(The Young Artists and actors) stepped up to the plate and took over things,” Osgood said. “They took charge, they took an agency with their artistic output that is unprecedented. If we have a successful year, it will because we have said we are not going to lose that. It’s not going to be the COVID year and then back to normal, how do we take (this agency) and make it part of our company culture as we move forward forever?”