The divide in the United States over cancel culture is more of a gap between generations than it is between political parties, said Christine Rosen, senior writer at Commentary, an opinion magazine founded in 1945. In 2015, the Pew Research Center found that 40% of millennials believe the government should be able to prevent people from publicly makingly offensive statements against minority groups, versus 24% of baby boomers.

In contrast, in 2018, a majority of college students said that diversity and inclusivity was more important than free speech, that there should be punishments for people who make racist remarks, and safe spaces established on campuses.

This is true for young Republicans as well: 70% say they need safe space on their campuses.

“Talk to college students, if you know any,” Rosen said. “The most deadly sin one can commit is to offend. Identity politics on college campuses has created hierarchies of oppression, which are rigidly enforced, and it’s unmoored from the complicated realities of how those people live.”

Rosen compared the experience of college students to those of “the shell-shocked soldier just navigating the minefield.” Students will equate certain ideas and phrases to physical violence, she said, and silence is another form of violence.

According to Rosen, this has brought about a misunderstanding about what it means to be tolerant.

“A tolerant person is someone who listens to things about which he or she might have personally disapproved,” Rosen said. “Tolerance is something one exercises from strength or character, not something they demand out of fear or seeking of power. It doesn’t prevent us from judging the behaviors or opinions of others. It simply insists that one accepts the reality that not everyone will always agree with you.”

As well as being an opinion writer, Rosen is a chair of the Colloquy on Knowledge, Technology & Culture at the Institute for Advanced Studies in Culture at the University of Virginia. Her lecture, “Trust, Freedom, and Cancel Culture,” was part of the Chautauqua Lecture Series’ Week Three theme of “Trust, Society and Democracy.” At 10:30 a.m. on Wednesday, July 14 in the Amphitheater, Rosen discussed the harm that shaming and cancelation has on discussion and society, and how social media fueled this culture.

“So even if you accept that some of what’s happening here is a new form of accountability,” Rosen said, “this method of needing our justice and holding people to new norms builds to some of these long-term consequences of cancel culture.”

Alongside firing people who seem to have done nothing wrong, Rosen said, cancel culture — particularly self-censorship — undermines the First Amendment and self-expression.

When Rosen says self-censorship, she does not mean when a person tells someone else a term makes them uncomfortable, and the other person listens and apologizes.

“That’s civility. That’s conversation. That’s how we used to do things,” Rosen said. “Not always successfully.”

Self-censorship refers to a person refraining from questioning an argument, or giving their side of it, in fear of being targeted.

“There are certain times where you shouldn’t say everything that comes to your mind,” Rosen said. “But again, the rules can’t be made out of fear; they have to be made out of empathy.”

Rosen said people sometimes place morals unnecessarily onto conversations for self-promotion, such as a person posting on social media for likes and attention — but also as an “expression of dominance.”

“These people use moral talk to shame or silence others and to create fear,” Rosen said. “They verbally threaten and teach to humiliate — and humiliation, in particular, has a tendency that I think to be taking too much hold on our institutions, particularly politics.”

She blamed social media platforms, which prompt an “engagement by loudness” and reward younger people for tirades through likes and shares.

“All of these platforms privilege immediate reactions, not contemplation,” Rosen said. “They encourage the development of an outer-directed self that becomes reliant on validation from others.”

She then gave the example of online quizzes, like “Which Harry Potter character are you?” or “What is your spirit animal?,” which Rosen said are harmless by themselves. But, she said these quizzes signaled to her that this generation, lacking a sense of who they are as people, look outside to find themselves.

“The younger generations, who have been raised with smartphones and the internet, have also been raised to value speed and immediacy, which are the opposite (of) the kinds of things upon which communities and institutions need to grow,” Rosen said.

Duke University professor John Rose, an instructor at the Kenan Institute for Ethics, is one of the people standing up for the values of freedom of speech and expression. In a poll of his students at the beginning of the semester, Rose discovered that many shared the same problem of needing to self-censor, no matter their political party. One wrote that it was difficult to be both a liberal and a Zionist at the university, and another said that though they agreed with most of the ideas of Black Lives Matter, they couldn’t have a conversation that lightly criticized the movement.

So Rose created rules in his classroom to ensure the safety of discussion, such as letting students talk about how they are no longer allowed to talk. Students would have no social or professional penalties for what they said in the classroom.

“That used to be something that goes without saying in the classroom,” Rosen said.

Rose indicted both political parties for the state of civil discussions in the classroom and the country: He blamed progressives and liberals, who dominate these institutions, for defending moves that suppress free speech; and he blamed conservatives for quickly writing off universities as “irredeemable bastions of progressive privilege.”

Rosen quoted Rose: “We’re all wrong. What we need to do is create these spaces where genuine debate can occur, and students can have disagreements in civil fashion.”

As part of the following Q-and-A session, Geof Follansbee, senior vice president and chief advancement officer, asked Rosen if it was possible to argue that cancel culture has always existed — looking to McCarthyism as a prototype.

“It is human instinct to ‘cancel’ one’s opponent, ideologically and politically,” Rosen said.

Rosen said society is talking about cancel culture more because social media is such a powerful tool, and institutions cave immediately to very small groups from within their own organizations.

Follansbee then asked Rosen when it is appropriate for social media to censor people.

“I think any of those platforms can ban anyone they want,” Rosen said. “What they can’t do is say that they are doing it out of either rules broken, principles crossed, and then not be consistent in their application.”

‘Sum of Us’ author Heather McGhee shares stories of racial equality, inequality — as well as ideas, vision for America’s future 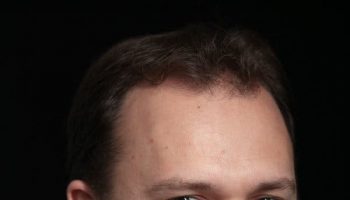