Adam Luebke had a simple description of the last year: “Pretty tough.”

Luebke is the music director for Buffalo Philharmonic Chorus — which, like other choral groups, had to abandon gathering in person indefinitely when COVID-19 hit in early 2020. There was no safe way to perform or even practice in person, since droplets travel even farther through singing than talking, which already had the now-familiar 6-foot distance rule.

“We met regularly on Zoom,” said Luebke, who has been with the Chorus for five years. “We kept going — to provide connections and music making for our chorus members.”

At long last, the Chorus will reunite onstage at Chautauqua at 2:30 p.m. on Sunday, Aug. 8 in the Amphitheater. They will sing Gabriel Fauré’s Requiem in D Minor, Op. 48, in remembrance of victims of the COVID-19 pandemic, and then Antonio Vivaldi’s arrangement of the hymn “Gloria in Excelsis Deo,” RV 589, usually simply known as the Vivaldi “Gloria.”

“Everyone is really excited (to perform in person),” Luebke said, “but we want to reflect, and remember those who did not make it through the year.”

The year 2020 wasn’t a total wash for the Chorus, though — the group won its first-ever Grammy Award for Best Choral Performance for appearing alongside the Buffalo Philharmonic Orchestra in a recording of Richard Danielpour’s “The Passion of Yeshua,” conducted by JoAnn Falletta. Luebke said he was proud of the Chorus’ involvement in the project, which was a full-length oratorio with multiple soloists.

The Chorus’ other achievement in the last year and a half was finding a way to continue its yearly tradition of singing Handel’s “Messiah.”

An in-person performance wasn’t possible, so Luebke and the Chorus found creative ways to record. Small groups of safely distanced singers were recorded separately, and then stitched together. Their performance was broadcast on Buffalo and Toronto’s WNED just in time for the holidays.

Returning to Chautauqua will be the mark of returning to normalcy for Luebke and the Chorus.

“(We will sing) the Requiem in memorial, and (then the) exciting, thrilling Vivaldi,” Luebke said, “and we’re excited to do this at Chautauqua — a favorite place of the Chorus to perform. We’re thrilled to sing at Chautauqua and share great choral music.”

See the image of God in the other to lay down arms against God, find good news 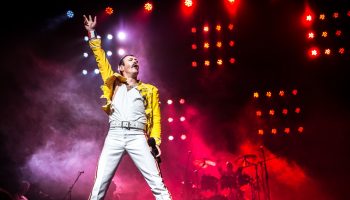