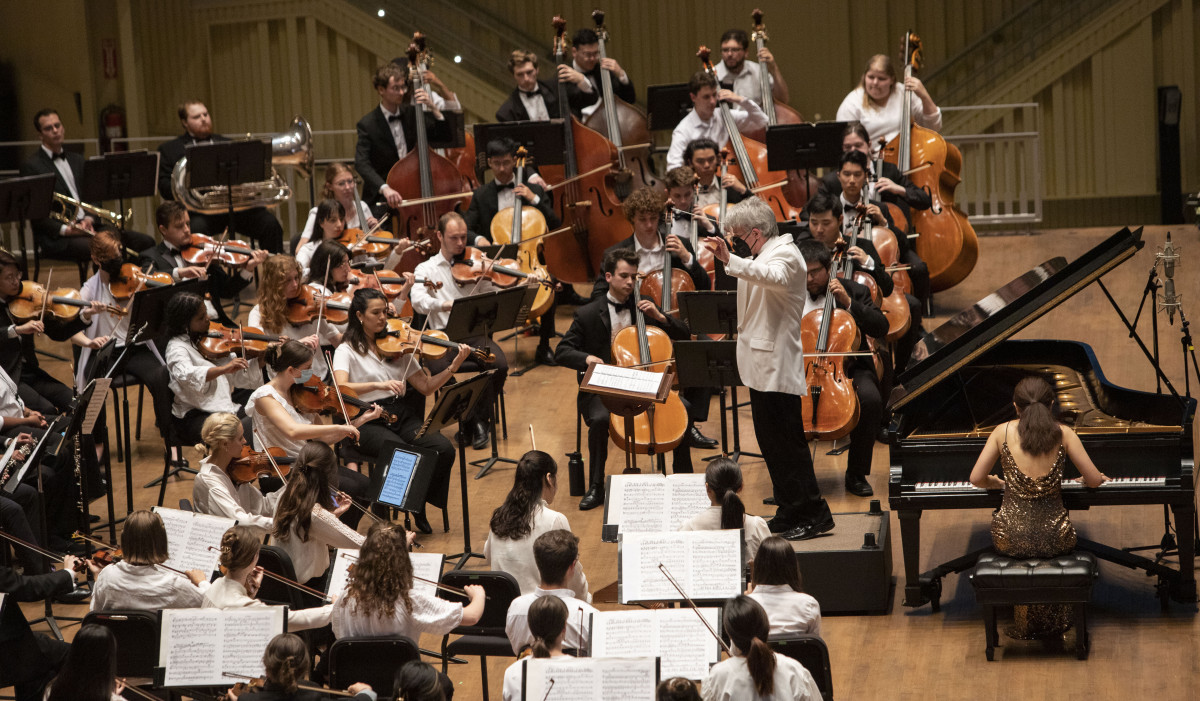 Pianist Aldo López-Gavilán first had his original compositions performed at Chautauqua in 2017, when he joined the Chautauqua Symphony Orchestra for an evening of Cuban music. Now, he’s back with another of Chautauqua’s orchestras. The Music School Festival Orchestra, under the baton of their Artistic and Music Director Timothy Muffitt, will perform with López-Gavilán and his violinist brother, Ilmar Gavilán, at 8:15 p.m. Monday, July 11, in the Amphitheater.

López-Gavilán and Gavilán come from a deeply musical family — both musicians, they’re the sons of a concert pianist and a composer and conductor. While Gavilán moved abroad to study music, López-Gavilán stayed in Cuba.

The two collaborated for the first time in 2019 on the album Brothers, featuring the title song that they wrote for a PBS documentary which first aired in 2021. Growing up, Gavilán “was a very big factor,” in his brother’s musical journey, López-Gavilán told the Daily in 2017. “When I was a teenager, he always reminded me to keep composing and doing my own musical language.”

It’s a language he wants to keep perfecting. Earlier this year, López-Gavilán told Robin Lloyd of “KNKX Public Radio” that he wants to enhance his composing career.

“I want to compose more for bigger formats, like symphony orchestras. I want to play. I want to compose for piano concertos. I’ve been composing a clarinet concerto for a long time — I haven’t finished yet,” he told Lloyd. “But yes, I want to enhance my composition side.”

He also told Lloyd he would also like to collaborate with other musicians more.