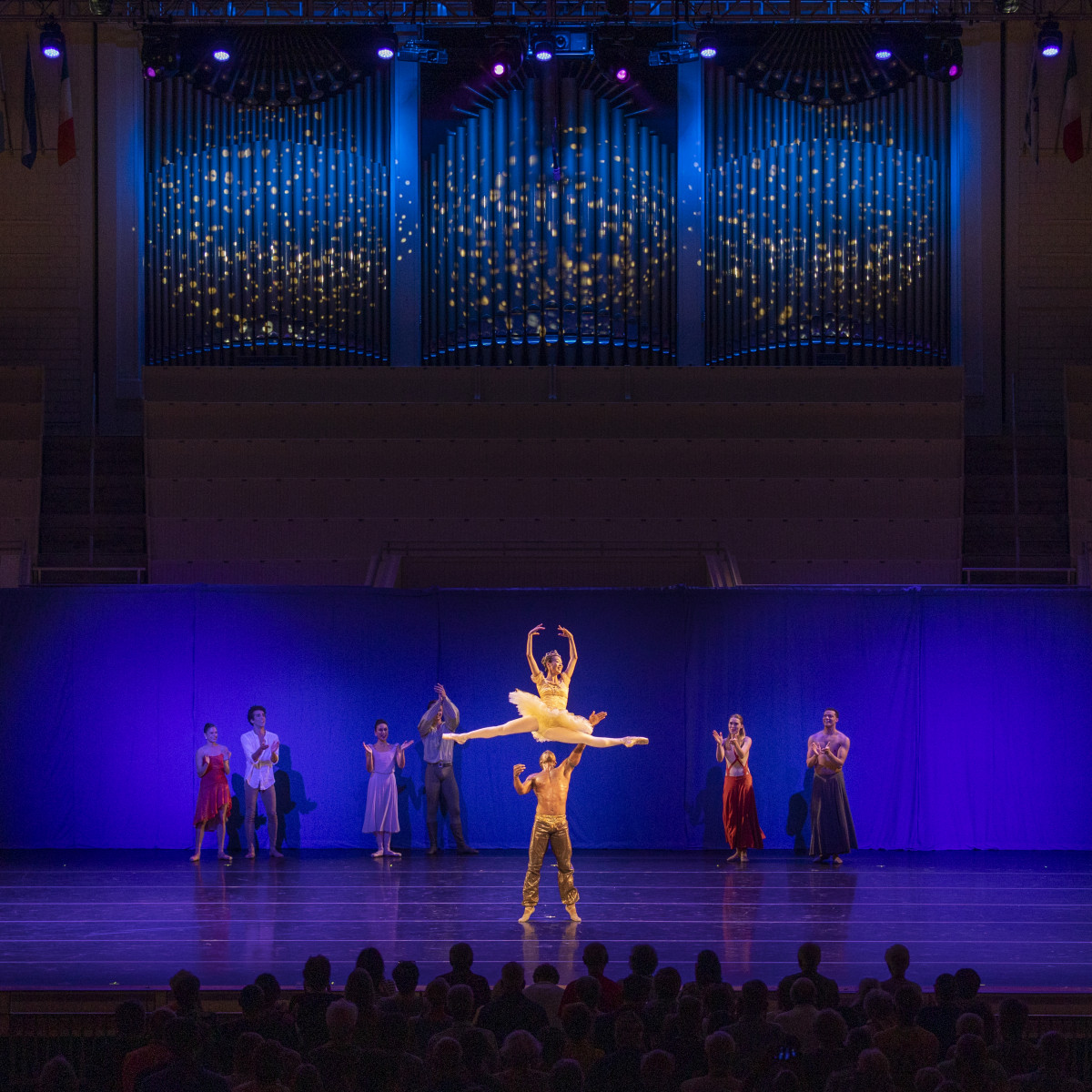 In an annual tradition, Chautauqua School of Dance welcomes back alumni from multiple companies to reunite on the stage where they previously trained.

“That’s what’s so special about Chautauqua, because it had such an impact on their youth and their growing up and their training that they want to come back and give back to the community,” said Sasha Janes, interim director for Chautauqua School of Dance.

The performance at 8:15 p.m. Wednesday, July 6, in the Amphitheater will feature nine alumni dancers who represent six different companies, or are freelancing.

All trained at Chautauqua at different points in their careers. The Alumni All-Star Ballet Gala will feature a wide range of contemporary and classical dance. The program will include Alvin Ailey’s “Fix Me Jesus,” which is an excerpt from “Revelations;” “This Bitter Earth” by Christopher Wheeldon; “Tchaikovsky Pas de Deux” by George Balanchine; and many more.

“If I pick up the phone and ask these dancers to come back, it’s always a resounding ‘yes,’ because their experience here was so special,” Janes said. “I think it’s more that than we trained them. We didn’t train them, but we certainly helped their careers, and we gave them an experience that was second to none.”

“Chautauqua’s renowned for getting some of the world’s best performers, and I think it’s important to realize that dance is no exception,” Janes said. “Even if you are not a dance aficionado, I always think that if you can go and see the best at something you’ll appreciate it.”

Janes, who will also be giving a pre-performance talk for the Chautauqua Dance Circle at 7 p.m. tonight in Smith Wilkes Hall, considers this evening to be a special and emotional night as Gerberich, Walker and Green have announced their retirement.

“I’m not sure if we’re going to see them on stage in a dance capacity ever again,” Janes said. “This is sort of a one-off opportunity to really come to appreciate these guys one last time for one last dance.”

He described the evening as a combination of the past, present and future.

“We’re seeing the past now because they’re retiring, present, and future because we will have some of the students on stage, too,” Janes said. “Hopefully in five or 10 years, we have some of those very soon-to-be dance professionals come back and be the professionals that we’ve seen on stage.”

Some of the alumni dancers will be hosting master classes with students; these classes remind Janes of the beginning of his dance career.

“When I was just a young boy starting to dance, seeing some of those professionals at the height of their game, it’s incredibly impactful,” Janes said.

He highlights the value of alumni dancers coming back to teach the Chautauqua School of Dance students.

“I think for these guys to see dancers that actually came through this very program, that have gone on to new heights, and to have them walking around the studios and taking class with them — the impact of them being here, you can’t really put a price tag on it,” Janes said.