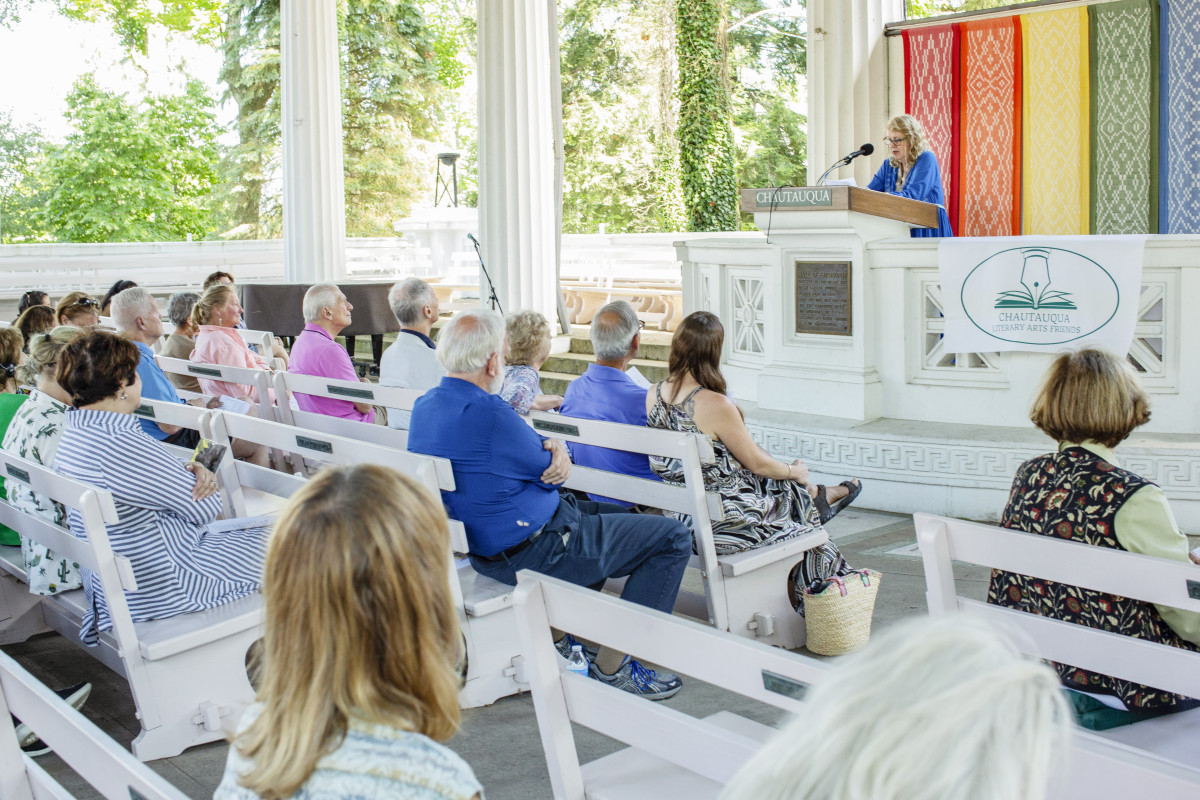 Each United States Poet Laureate picks a project that they work on for the duration of their tenure.

When it came time for Robert Pinsky to be the poet laureate in 1997, he knew what his project would be.

“He decided that there were a lot of people in America who believed that poetry was really for the academics, that it was kind of beyond them,” said Norma Rees, the chairperson of the Robert Pinsky Favorite Poem Project and a longtime member of the Friends of the Chautauqua Writers’ Center. “He wanted to make poetry available for everyone, to the general masses.”

Pinsky started a project that involved “people reading their favorite poems, people from all walks of life,” Rees said.

And when Pinsky was a Chautauqua Literary and Scientific Circle author in 2009, he brought the project to the grounds.

At 5 p.m. Wednesday, July 27, back in the Hall of Philosophy for the first time since 2019, the 14th annual Robert Pinsky Favorite Poem Project will commence with readings of favorite poems, from “all sorts of different people,” Rees said.

“We’ve had bus drivers and newspaper boys and grandmothers and first-time visitors all read their favorite poems,” she said. “They get up and tell us why this poem spoke to them. Then they read that poem, and in the process make it accessible to everyone else. We hand out a program, and the name of the poet and the poem is on it.”

The Project has expanded since its first iteration, Rees said, to all kinds of libraries and town halls.

“People from whatever walk of life they come from — if they read poetry and have a favorite poem, they’re welcome to share on that day or evening,” she said. “Our colleague, past Friends president Georgia Court, brought the Project to Chautauqua (with Pinsky in 2009).”

Even during the COVID-19 pandemic, Rees said the Project continued on Zoom.

“This will be the 14th year uninterrupted of the Pinsky Project at Chautauqua,” she said. “We generally do a brief introduction to the visitors to explain what’s happening, and then we introduce each reader and they read their favorite poems.”

Participants are generally selected by a jury of Friends, and explain what poem they chose, how it impacted their life, and why it is an influential work.

“It’s a great experience for everyone involved,” Rees said.