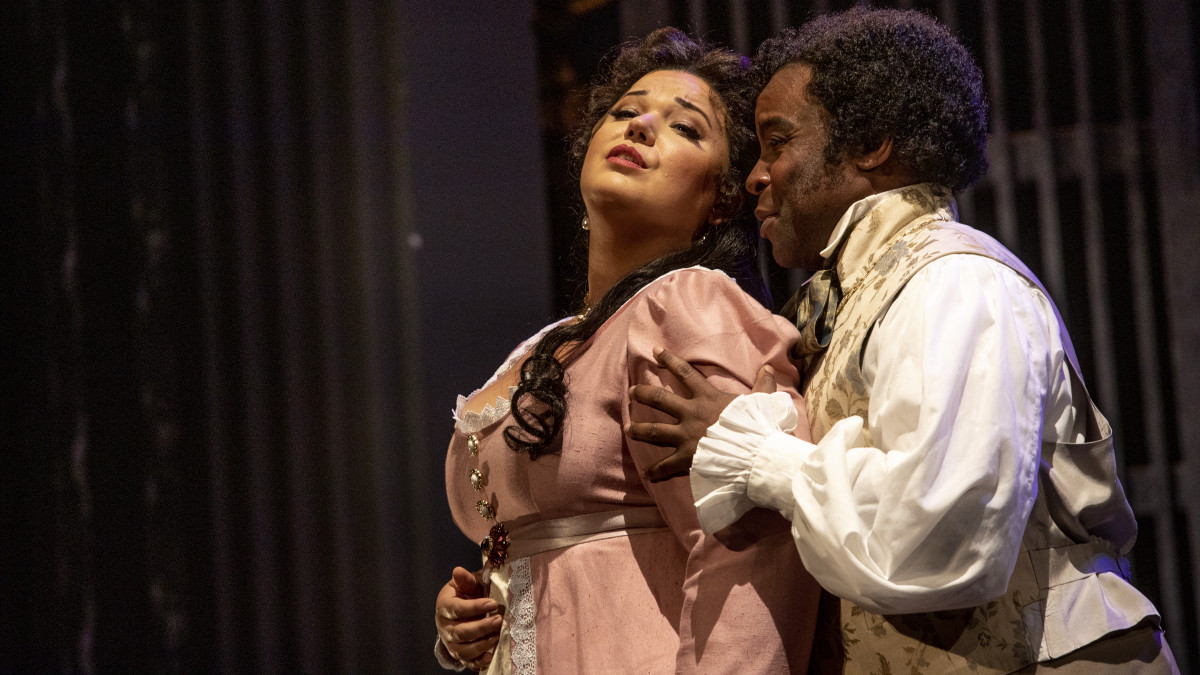 Giacomo Puccini’s Tosca is truly a grand opera. The romance is overwhelming, the ending is tragic and it has been performed for over 100 years, with the Metropolitan Opera running it almost 1,000 times and the Chautauqua Opera Company embarking on their 14th run.

But that does not mean Chautauqua Opera isn’t going to try something new with this Puccini masterpiece.

Tosca follows opera singer Floria Tosca and her lover Mario Cavaradossi during a turbulent two-day period in a volatile Italy, which, at the time, had neither a Pope nor papal government ruling as Napoleon Bonaparte threatened invasion. Tosca makes its 2022 Chautauqua premiere at 4 p.m. Friday, July 15 in Norton Hall, directed by Sarah Ina Meyers and conducted by Chautauqua Opera General and Artistic Director Steven Osgood.

“This is a warhorse piece,” Meyers said. “Tosca is an opera that has a lot of expectation attached to it and a lot of spectacle.”

It would be easy for Meyers and Chautauqua Opera to follow how Tosca is traditionally produced, with elaborate costumes and even more elaborate sets.

But, Chautauqua Opera is not going for easy. They are going for simple.

“Ultimately, what is most moving about Puccini is the intimate drama of the text, the way every word is set with meaning in the music, and that is the thing that I am most fascinated by,” Meyers said.

In order to focus on the text and the rich emotions of the piece, Meyers and the company are scaling back the aspects of the opera that would distract from the libretto.

“The production is actually stripped back in many ways. It’s really the bare essentials of what we need to tell the story, and as little as possible of that to create a sense of the atmosphere and also to allow the narrative and the drama to speak for itself,” Meyers said.

Having a minimalist set lets Chautauqua Opera use all of Norton Hall as its stage. The singers will use every entrance to the theater, turning the audience into a congregation as they watch Cesare Angelotti, Cavaradossi, Tosca, and Baron Scarpia inside the Sant’Andrea della Valle, the basilica where the first act takes place.

The church the audience is seated in is a church broken by the wars around it.

“The structures that are so iconic in the opera would also have been experiencing the ravages of war,” Meyers said. “The churches were being looted.”

Meyers and set designer Liliana Duque Piñeiro have collaborated to reflect that in the set.

“That danger, which is, shall we say, a constant presence in the atmosphere, almost like in the ether, is literally translated into the structure of the scenery, so that the skeletal elements that we have with the production feel like ruins, feel like the vestiges of that sort of traumatic experience that these places have been through,” Meyers said.

Tosca represents the destruction that happened in June 1800 during Napoleon’s invasion of Rome, but that does not make it any less timely or any less relatable.

Meyers points to Tosca’s similarities to Thumbprint, the chamber opera which opened Chautauqua Opera’s 2022 season and follows the true story of Mukhtar Mai.

“As a part of this female-driven season, there are so many elements of the (Tosca) story that resonate with the Thumbprint story, which is so horrific in its own right,” Meyers said. “But the same way in which Mukhtar Mai is trying to rescue her brother, and in trying to save her brother, her love is then used against her, and then it becomes an instrument that others use to perpetrate this horrible thing onto her  — that’s very similar to what Tosca is trying to do. She’s trying to rescue her love, and Scarpia takes that love and perverts it and turns it against her.”

Not everyone sees Tosca’s love as empowering, though.

“I’ve heard many people criticize Tosca as a misogynistic opera,” Meyers said. “That all it is is a chance to watch a woman who cares about unimportant things get tossed around by these men doing important things.”

But this is not how Meyers sees it, nor how she believes Puccini saw it, nor how Chautauqua Opera will perform it.