Trevor Potter began his lecture with a simple quote from Benjamin Franklin.

Franklin, asked by a woman outside Independence Hall what the Constitutional Convention had produced, famously said: “A republic, if you can keep it.”

“That question, ‘Can we keep it?’ is even more timely today,” said Potter, a lawyer, president of the Campaign Legal Center and former chairman of the Federal Election Commission, drawing on a theme and a warning present in his last appearance for the Chautauqua Lecture Series in 2016. “It has been a challenge through 235 years of American history — through foreign invasion, a civil war, Reconstruction, economic depressions, two world wars, and several smaller ones, and the civil rights battles of the 1950s and ’60s.”

At 10:45 a.m. Monday, July 25, in the Amphitheater, Potter gave a lecture titled, “The Crisis Facing American Democracy,” as the first lecture of the Chautauqua Lecture Series Week Five theme, “The Vote and Democracy.”

“Since our founding, Americans have seen the expansion of the right to vote from only property-owning white males, to other white males, to African American males, to women only 100 years ago, and finally, to citizens 18 and older,” Potter said. “Over time, we have become a hybrid form of governmental structure: a republican democracy.”

That right to vote and others like it are “in dispute,” Potter said, with a new Supreme Court majority that seems opposed to an authoritative federal role in protecting voting rights.

“When I last spoke in this Amphitheater in the summer of 2016, I had no idea then of the wild ride just ahead of us — the craziness of the Trump and Clinton campaigns, two impeachment trials, the refusal of an incumbent president to admit an election defeat, and the first-ever violent attempt to interfere with the formal congressional certification of a presidential election,” he said

Around the world, Potter said, other democracies like America’s are under stress, with authoritarian personalities winning elections.

“They then seek to cement one-party control, weaken the courts and the rule of law, shut down the free press and rig the election systems,” he said. “In other countries, rulers have seized power from democratically elected governments.”

Potter said he wanted his lecture to focus on three major challenges to our democracy, with the first being the lack of faith in the integrity and fairness of our election systems.

“Second: the recent direction of the Supreme Court decisions on issues relating to our democracy,” he said. “And finally: the growing challenge of violence and the fear of violence in our elections and in government at all levels.”

For Potter, it’s impossible to talk about where the United States is in 2022, with its distrust of election systems, without noting the influence of President Donald Trump.

“For the first time, a sitting president announced he could lose the election only if it were stolen, and then insisted it had been,” he said. “An election where the official certified records said that he had lost by 7 million votes in the popular vote, and 306 to 232 in the Electoral College.”

Potter said that as a former election lawyer who worked with political campaigns over many years, he believed Christopher Krebs — the former U.S. director of the Cybersecurity and Infrastructure Security Agency — when he said that the 2020 election was “the most secure in American history.”

He described the main point of his lecture as hinging on the Supreme Court’s track record on democracy issues over the last decade.

“Under Chief Justice John Roberts, the Supreme Court has issued opinions on the freedom to vote, and in campaign finance cases that are consistently anti-democracy,” he said. “These decisions have reversed decades of work by prior courts that sought to perfect and protect our system of government.”

In order to reach these results, the Supreme Court has, Potter said, inconsistently applied judicial principles and “ignored the clear language of the Constitution.”

“On the freedom to vote, the Supreme Court declared key provisions of the Voting Rights Act unconstitutional in the Shelby County case in 2013,” he said. “There, the Court gutted the preclearance provisions, the requirement for U.S. Department of Justice approval before changes could be made in state and local voting rules.”

Potter said that the impact of these voting decisions on our democracy cannot be overstated.

“After Shelby County, for example, states and localities across the South rushed to pass all manner of laws and policies, making it harder for people of color to register and vote, such as closing polling places in Black neighborhoods, creating new onerous voter ID requirements, and criminalizing some voter registration drives,” he said. “The Court could reach these results only by ignoring the specific language of the Constitution.”

In the long-term, Potter said that America should aim for nation-wide standards for both voting access and general practices in conducting federal elections.

“All of this will take work — hard, focused work,” he said. “I know at times it feels like the republic Benjamin Franklin handed us has begun to fade. But throughout American history, in dark times, people have found hope — hope in the ideals handed down in the American experiment.”

“I find (hope) as my colleagues at Campaign Legal Center continue the drive for more transparency in election spending and equal opportunities for minority voters to participate in fair elections,” he said. “I find it as local governments try new ways to involve citizens in financing their elections. And I find hope in poll workers: the ones who, facing hostility, still show up on election day to run the engine of democracy.” 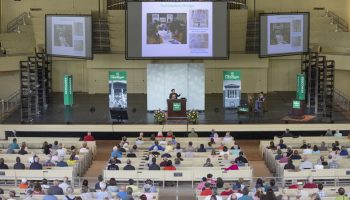 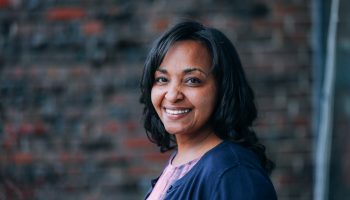