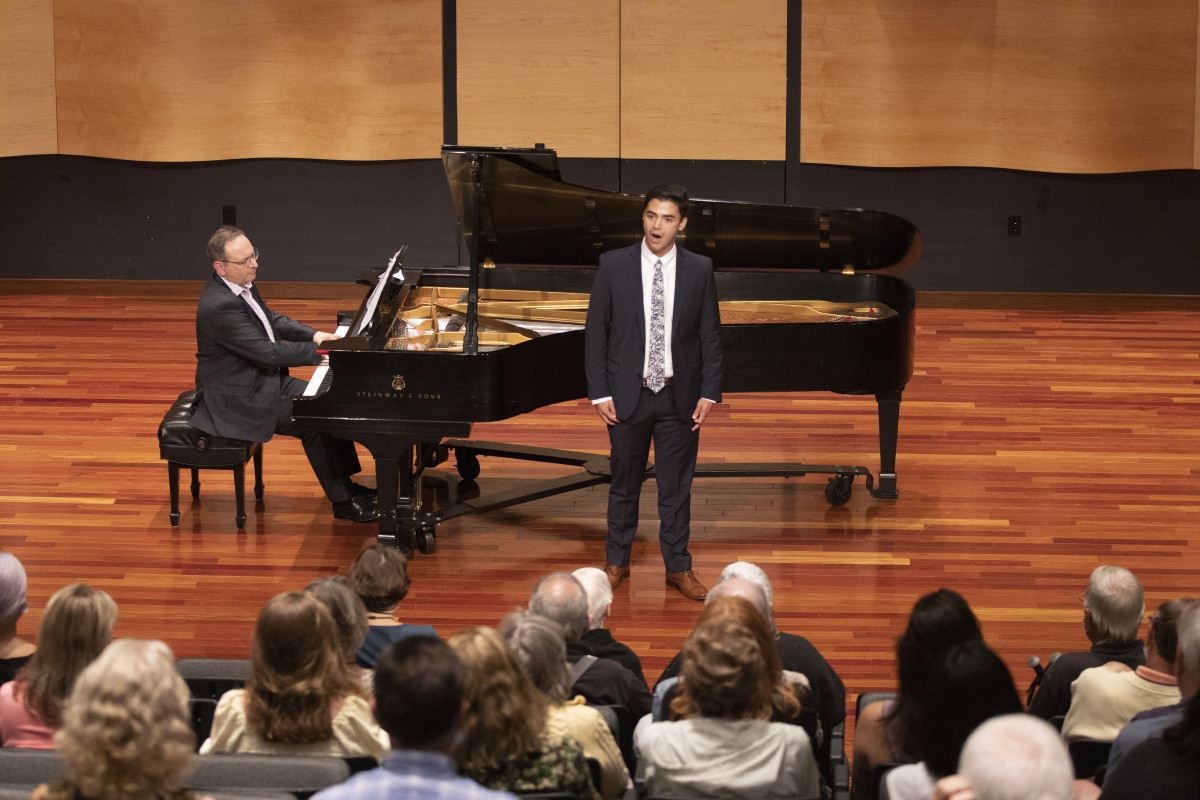 Officially, this week’s Opera Conservatory Recital has no theme. Unofficially, it is a chance for the students to sing what they love, ranging from Broadway show tunes to classical music.

“There isn’t really a theme for this recital, but if I had to choose one it would be ‘eclectic,’ ” said soprano Juliette Di Bello. “This concert will be a celebration of music that is beloved to each individual singer.”

Chautauquans can hear some of the singers’ favorite songs at 7 p.m. Wednesday, July 13, in Fletcher Music Hall.

Bass-baritone Fabian-Jakob Balkhausen is thrilled to share two of his favorites: “This Was Nearly Mine” from the musical South Pacific and “Pirate King’s Song” from the operetta The Pirates of Penzance.

Balkhausen struggles with how to express his love for “This Was Nearly Mine,” admitting it is more a visceral feeling.

“The overall sentiment of it is just really special and always gives me goosebumps,” he said.

He also enjoys singing “Pirate King’s Song” because it has a different tone than typical songs written for bass-baritones.

“Basses and bass-baritones tend to mourn and be sad or deeply emotional on stage a lot,” he said. “In this song, you can let go of all this and just have fun.”

“I am so drawn to Verdi’s compositional style, the intense Italian-ness of the line and the rawness of the harmony,” Di Bello said. “Verdi’s music is so passionate and speaks to me in a way that the work of very few other composers do.”

While Verdi’s music speaks to Di Bello, tenor Evan Katsefes chose Joaquin Turina’s Poemas en formas de canciones, Op. 19 because of the lyrics, specifically since the songs are in Spanish, which is Katsefes first language.

“This music just makes my whole body swell with emotion,” Katsefes said. “The joy I have to share this beautiful poetry is the greatest feeling.”

Katsefes has felt that joy, not just from this music, but from his experience so far this summer.

“The last three weeks at the Opera Conservatory have been incredibly rewarding, filled with so much joy,” he said. “Working with the wonderful coaches and teachers of the conservatory, especially my teacher (Conservatory Director) Marlena Malas, is such a gift.” 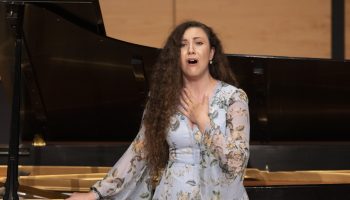 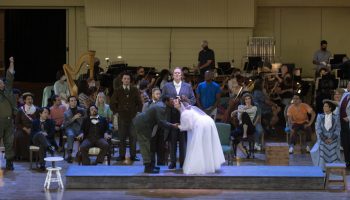