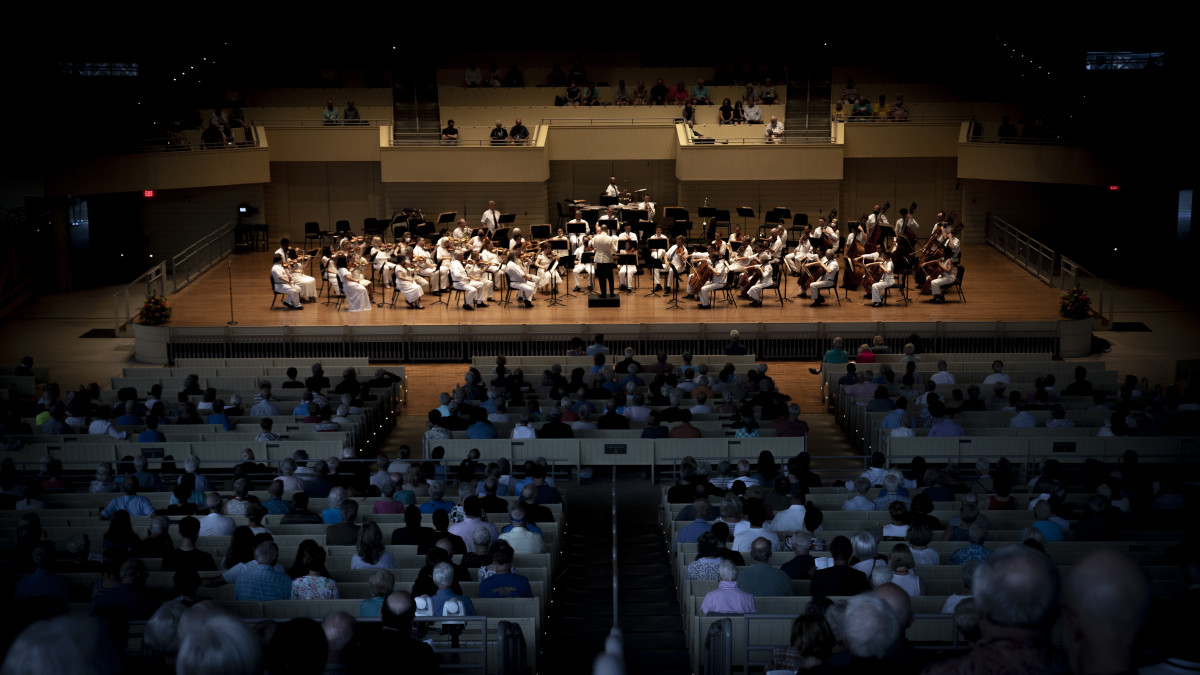 Ray Chen has captivated countless audiences through both his social media and stage presence. In 2020, he virtually amazed Chautauquan audiences for CHQ Assembly, and now he makes his on-grounds debut.

“It’s exciting that he would have been enjoyed by Chautauqua audiences in that way two years ago, and now he’s here in person,” said Laura Savia, vice president of performing and visual arts.

At 8:15 p.m. Saturday, July 2, in the Amphitheater, the Chautauqua Symphony Orchestra will collaborate with Chen for “Ray Chen Plays Mendelssohn.” The concert will open with “In Nature’s Realm,” composed by Antonín Dvořák.

“It’s no coincidence that the Dvořák piece that opens the concert, ‘In Nature’s Realm,’ overture B, coincides with the first day of Week Two and its theme ‘The Wild: Reconnecting with Our Natural World,’ ” Savia said. “It’s so exciting at Chautauqua when there can be resonance between the live art on our stages and the theme we’re all exploring throughout a given week.”

The program will then shift to Chen, the first prize winner of the Yehudi Menuhin Competition in 2008 and Queen Elisabeth Competition in 2009, who will perform “Mendelssohn’s Violin Concerto” in E minor, which Savia considers to be the essential violin concerto.

“It’s truly a masterpiece,” Savia said. “I think Chatauquans will love Ray Chen, not only for his artistry, but for how he connects with audience and fans.”

This concerto holds a special place in Chen’s heart. He first learned the piece when he was 10 years old.

“Mendelssohn is one of probably the first few concertos that you learn that’s a major concerto,” Chen said. “In the beginning, you’re so excited. You’re learning the notes, you’re getting the hang of it, you know that excitement that’s so appropriate for the piece, it never fades.”

Chen has played the piece for much of his career, but he feels that it will always be fresh.

“How do you keep that freshness within a piece, especially one that’s so often played, that has lived with you for, now, let’s say decades?” Chen said. “The answer to that is a combination of looking back to the first time, and then a combination of all of the years of experience put together, as well. That’s what creates both the depth and the excitement. That is so necessary and important to a great performance.”

The concert will conclude with CSO’s performance of Debussy’s “La Mer.”

“The concert will not only showcase Ray Chen’s genius, but will really showcase the CSO,” Savia said.

On Friday, Chen hosted a masterclass for School of Music students.

“We have three violins playing for him, and he offered feedback for each and worked with them individually,” said Sarah Malinoski-Umberger, manager of Chautauqua School of Performing and Visual Arts. “This is such an incredible opportunity for them. Having the chance to play for someone of his caliber is unparalleled.”

“We evolve as human beings; we’re constantly learning new things, and I love learning. I think that’s part of who I am, and it’s why I do so many projects,” Chen said. “I try to always combine my passions, in terms of performing, with music education, along with community building.”

Chen transcends the notions of being a high-profile classical soloist with how he engages with the public and his social media following, Savia said.

Chen, who holds a strong social media presence with 328,000 Instagram followers, works against the stereotypes of classical music. Traditionally, a musician was judged on how well they played their instruments, and now there is so much to consider, Chen said.

“Through his videos, he is committed to taking fans behind the scenes. He openly discusses everything, from dealing with insecurities to strategies for preparing for a concert,” Savia said.

“What’s important is, from the institutional level, that we become supportive,” Chen said. “We present and we publicize loudly that we are not being judged just for this one thing, that has been the standard for years—that there are additional ways, as well, to be creative.”

Though social media has been a part of Chen’s career, his popularity on those platforms does not guarantee him concerts — but it does encourage him, Chen said.

“In terms of the confidence it gives, and in terms of the value it provides me, it goes beyond,” Chen said. “It’s not just the final performance. It’s everything that you learned along the way.”

Chen found the biggest benefit of combining his music and social media has been helping musicians of all ages learn and build a community — most recently through Tonic, an app he made.

“I started creating content, and through that journey, built it up to what it is today. I think the most important part is the reason behind why people do things, and, for me, it was to inspire others. Now it’s evolved into: How can I inspire others to inspire others?” Chen said.