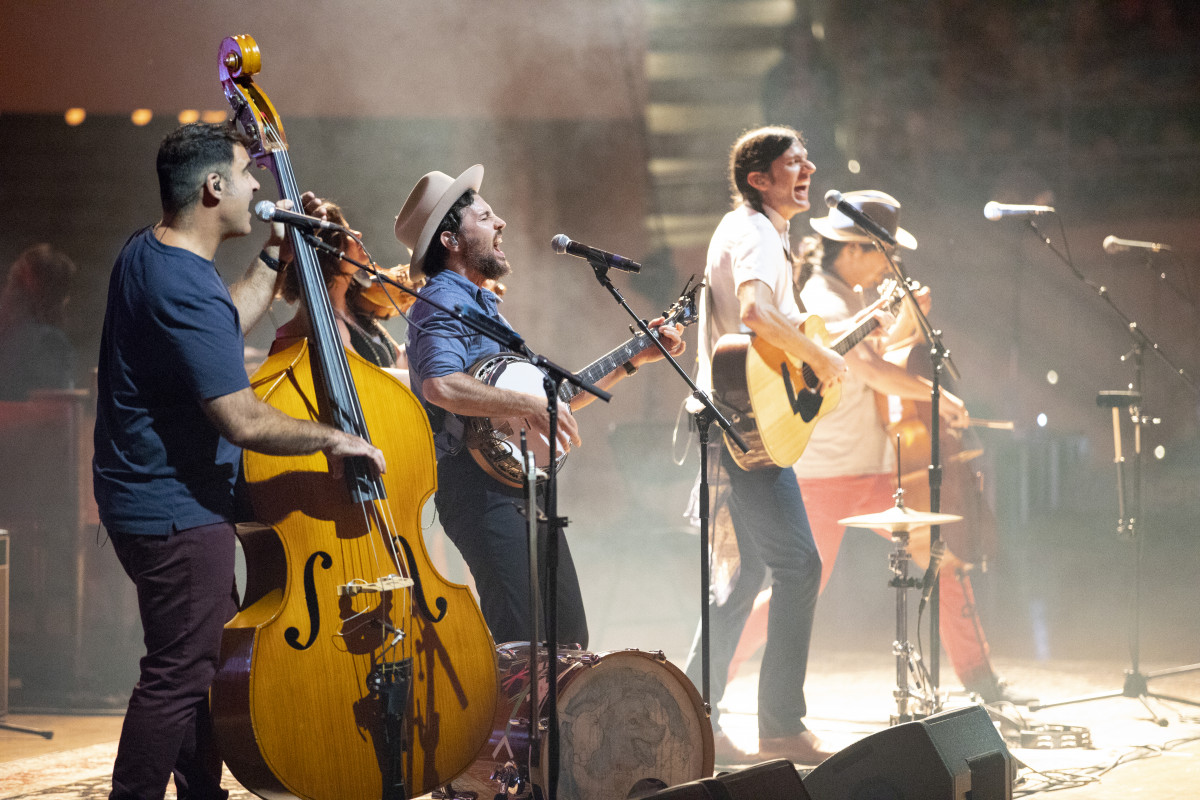 Chautauquans love The Avett Brothers. This is an undisputed fact — after the band’s 2016 first performance on the grounds in 2016, they returned in 2018 for a show and a special Amphitheater screening of the Judd Apatow-helmed “May It Last: A Portrait of the Avett Brothers.” In 2020, during the Institution’s virtual season on CHQ Assembly, bassist Bob Crawford joined the Rt. Rev. V. Gene Robinson for a conversation as part of the Interfaith lecture Series.

Now, The Avett Brothers return at 8:15 p.m. Wednesday, Aug. 24 to fill the Amp with their music for the third time.

Brothers Seth and Scott Avett first started creating music together in the early 2000s. They picked up fellow musicians along the way to ultimately create The Avett Brothers as Chautauqua will see them tonight, consisting of guitarist Seth and banjo player Scott Avett, bassist Crawford and cellist Joe Kwon. The group has released 10 studio albums and has received three Grammy Award nominations.

But before The Avett Brothers take the stage, at 7:30 p.m., alternative country band Clem Snide will open the evening. And Scott Avett could not be more thrilled with having them as an opener. Clem Snide frontman Eef Barzelay and Avett collaborated to produce Forever Just Beyond, released in March 2020.

“I became, around 2015 or ’16, just an instant and deep and massive fan of his work as a songwriter and as a spiritual journeyman and seeker of truth,” Avett said.

But, Barzelay inspires Avett more than just musically. Avett admires how he lives his life and creates music while looking for truth, and he can’t wait to have him take the stage tonight.

Just as he is with Clem Snide, Avett is also inspired by other musicians.

“All music that I hear has a good chance of affecting me,” he said. “I certainly thrive off of listening to other music. That drives me to make my own thing.”

Some of his inspiration is to act in response with the music he hears. When he hears a melody of a song he likes, he wants to interact with it.

He admits, however, that the first reaction he has to other people’s music is often jealousy.

One thing that is important in Avett’s life is the search for truth. And while he loves music, he believes it might draw away from finding truth. He quoted American Catholic monk Thomas Keating, who said, “Silence is God’s first language. Everything else is a poor translation. In order to hear that language, we must learn to be still and rest in God.”

Since music is — by nature — noise, he struggles with realizing the relationship between music and truth, but he won’t give up.

“Words are a place to shuffle or sift through … kind of like if you have a trunk in your attic full of trinkets and things you’ve collected,” he said. “Sometimes you go and find something in that, a memory or a love or something that’s dear to you. You flip through those things and something very special happens.”