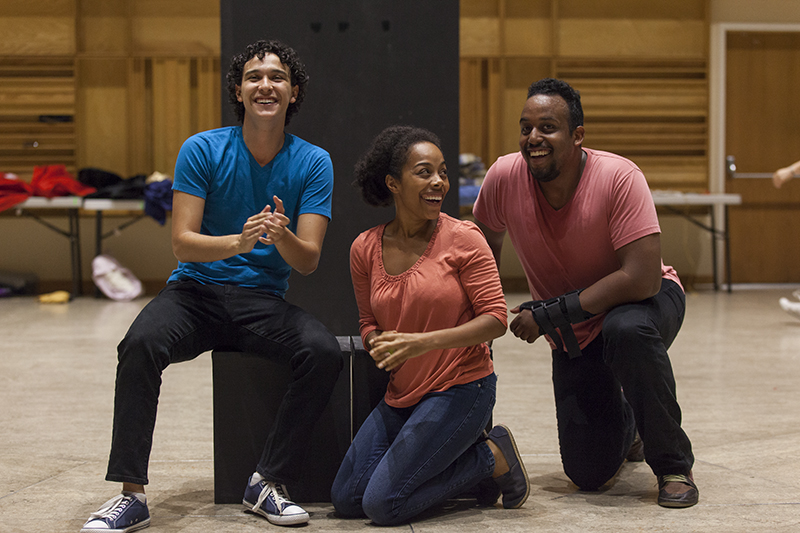 Chautauqua Institution’s commitment to the arts doesn’t stop at the professional level.

On June 20, local students gathered in Elizabeth S. Lenna Hall for a performance of 10 short plays written by their peers. The performances were the first step in the culmination of the Young Playwrights Project, an eight month community outreach initiative of the Chautauqua Theater Company, in partnership with the Florida Studio Theatre in Sarasota.

The program wraps up at 6 p.m. tonight in Smith Wilkes Hall with an encore performance, which serves as a kick off for the Family Entertainment Series. The winning students will be given medals at the event.

In February, they were brought to the Institution where they saw all their plays read aloud by volunteers from the Chautauqua Play Readers. Out of 301 submissions, 10 were chosen by representatives from both Chautauqua and Florida Studio Theatre to be performed this month.

“Playwriting is such a brave act,” Vivienne Benesch said to the audience of teachers, parents and students. Benesch is co-artistic director of theChautauqua Theater Company and the director of several of the student shows.

The performances also featured direction from McGerr and were performed by CTC conservatory actors. Each play included visual pieces, such as sets and props, created by Diane Jones, a Buffalo-based designer.

“A lot of them have never been to Chautauqua before, and this is an opportunity for them to see what’s here in their own community,” said Mary Ellen Reynolds, a third-grade teacher at M.J. Fletcher Elementary School. She had three student winners in her class.

One of them, Cooper Shelters, watched the performance from the front of the auditorium with his parents, Karin and Joe Shelters. He was inspired to write his play, The Hockey Stick and the Hockey Puck, because he used to play hockey. His comedic work told the story of an anthropomorphic puck trying to save itself from being hit by a stick.

The plays ranged in content and tone, including everything from an autobiographical piece about the death of a grandmother to a light-hearted story about superheroes investigating snow on Mars.

A similar playwriting program already existed at Florida Studio Theatre, where Chautauquan Georgia Court is a board member. She connected FST with Chautauqua; one of her main goals in doing so was to strengthen the ties between Chautauqua Institution and the local community.

“I think it provides a creative outlet for kids who ordinarily might not be exposed to theater,” Court said.

For David Tabish, a former theater educator and a member of the Chautauqua Play Readers, the event had a particular significance.

“I thought to myself, ‘This is the Chautauqua audience in 40 years,’ ” he said. 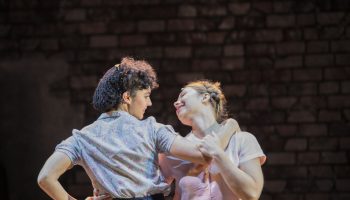