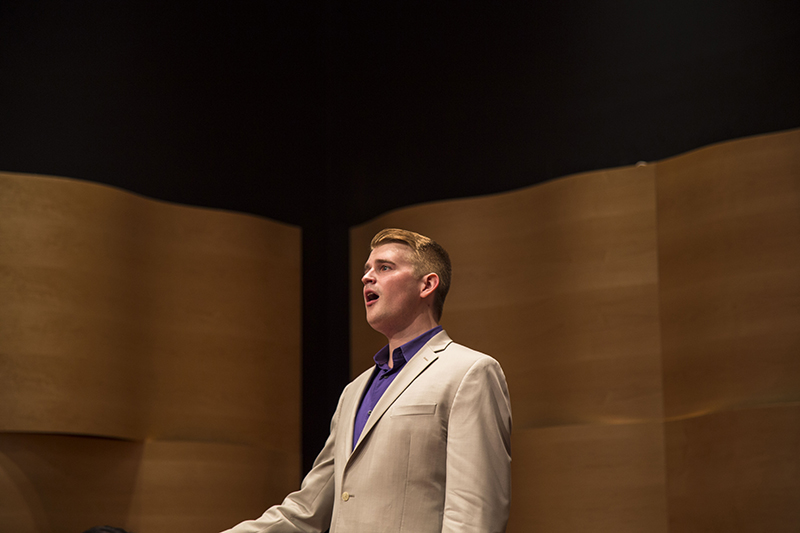 Young singers with origins around the globe will start their journey in the Chautauqua Voice Program with its traditional Sing-In at 2 p.m. Tuesday in Fletcher Music Hall. For many of them, Chautauqua Institution is a wholly new experience. For Chautauquans, this is the first taste of the talent the young singers bring to the grounds.

Head coach Don St. Pierre said the Sing-In is a way for the students and faculty to introduce themselves to each other and to the community. It is also the first time they get to see their peers perform before working together in the two student operas and other projects.

Because this event will be the first time the students will perform with the accompanists, they will have one rehearsal together before the Sing-In. By the time the voice students arrive on the grounds, they will already have a good idea what roles they will perform during the summer.

“We don’t have much time to prepare,” St. Pierre said, but he does give guidelines to the students at their first meeting, suggesting that they don’t pick the toughest or longest piece from their personal repertoire.

“People should be singing things that they feel comfortable with,” he said. “That are also easy to put together with the pianist, and short [piece], if possible.”

Elena Perroni, a voice student from Curtis Institute of Music returning for her sixth summer at Chautauqua, said the Sing-In is an important step for students because it allows them to showcase any piece they want.

“The Sing-In also determines, for a lot of people, their projects that are coming up, so it’s important to pick something that represents you well as a singer, and something that you enjoy singing,” Perron said, because it helps it helps cultivate a good energy between colleague, faculty and the audience.”

“It gives [the faculty] a chance to assess [the students’] strengths, and think about what we are going to do for the summer,” St. Pierre said. “The Sing-In, since we are introducing ourselves to each other, tends to be a little bit more tense and formal because it’s our first chance to make an impression.”

But, the Sing-Out, at the end of the program, will be much more casual.

“Everybody knows each other, and generally, it’s a celebration of the summer…By the time we get to the Sing-Out, we just have a good time,” said St. Pierre.

Perron said a student’s progress in the seven weeks between the Sing-In to the Sing-Out can be unbelievable.

“Sometimes, it’s light years,” she said. “This place provides you with an opportunity to constantly work on your voice, which sometimes you lose when you go to a big school. Here, you just get to sing all day everyday, if you want to.”

Watching a student’s progress through the summer is terribly exciting for the faculty, St. Pierre said, and it seems like they take leaps during the program.

Perroni said the Sing-In is also a great opportunity for community members to get to know the singers.

“From there, their projects are decided,” Perroni said. “So if you like a certain singer, you can track [of] what they’re going to be doing the rest of the summer.”

Perroni said a major benefit of studying at the Institution is the amount of support students get from the community.

“The audience is always so lovely,” she said. “[The Sing-In] shows a little bit about yourself as an artist, and then people appreciate and follow your progress.”