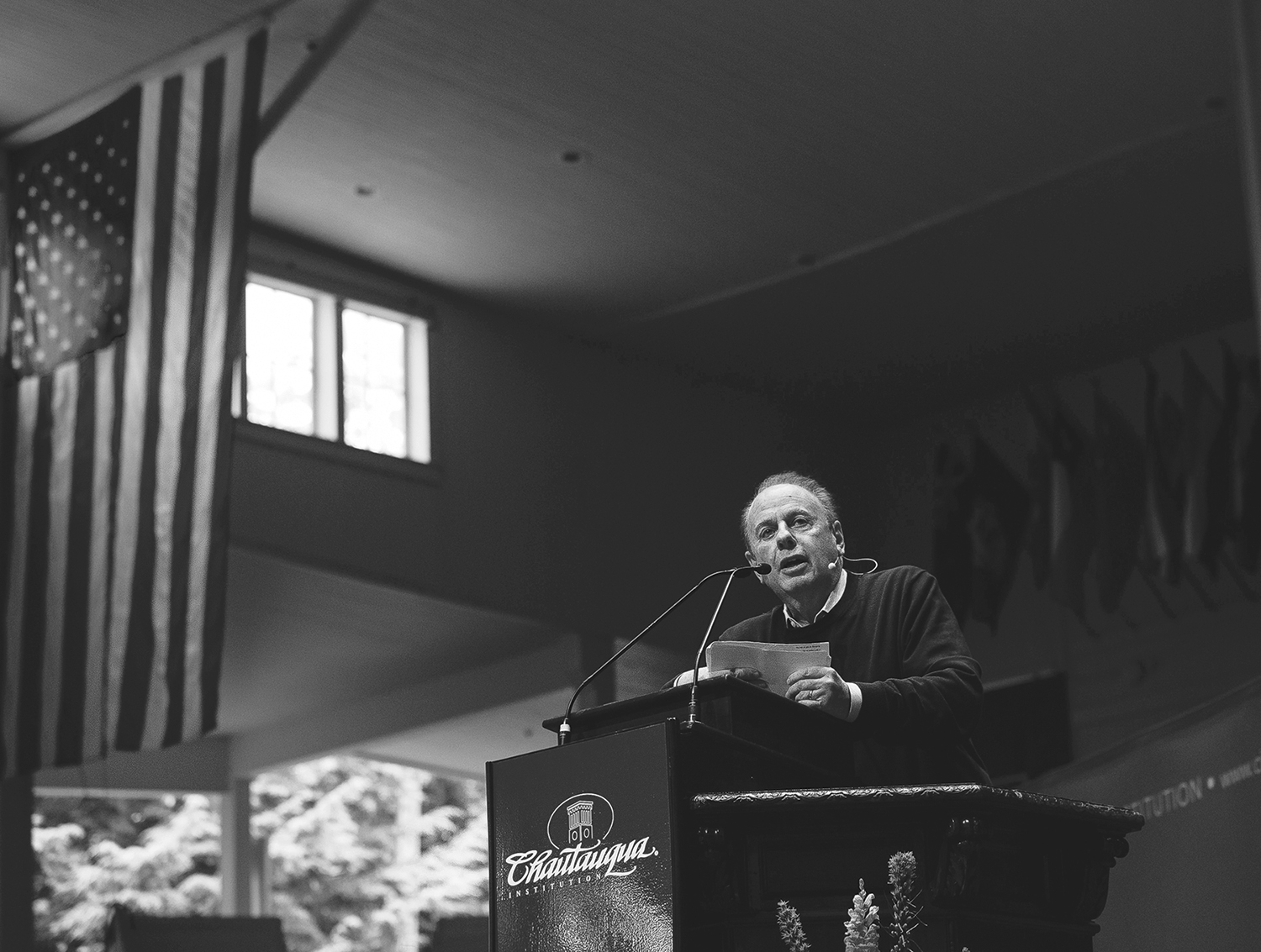 Roger Rosenblatt has established himself as a regular at Chautauqua Institution. He is a frequent lecturer, and according to Rosenblatt, he’s visited “3,000,872” times since he started coming to the Institution in the 1980s.

“And here we are, almost 40 years later,” Rosenblatt said.

Although he’s headlining the morning lecture series this week, Rosenblatt will also give a special presentation on his newest work, Thomas Murphy, at 3:30 p.m. Monday at the Hall of Philosophy.

Thomas Murphy is the story of an Irish poet from Inishmaan living in New York during “the twilight of his life,” Rosenblatt said. Murph’s wife and best friend have died, and now he finds his time occupied by his daughter and grandson.

“He’s very funny and he’s got a nice view of life, and he’s got his values in place,” Rosenblatt said. “But his real problem is, ‘What am I doing with the rest of my life?’ ”

Murph’s circumstances change when he meets someone new — a chance encounter that seems promising and renews his interest in his own fate.

In his review of the book for The New York Times, Brian Doyle wrote Thomas Murphy is largely a character-driven work, but that is one of its greatest qualities.

“Rosenblatt’s accomplishment is to draw the reader so completely into Murphy’s mind and heart and memory, so thoroughly into the poet’s amused (and sometimes bemused) consciousness, that the minimal plot and even less action are rarely cause for complaint,” Doyle wrote.

Rosenblatt said he will talk about the book and what drew him to it, as well as his influences. He always looks forward to presenting his work at the Institution, he said, because of its singular audience.

“In some ways, it’s hard to define, because it has to do with the intelligence and the temperament and the sensitivity of the people who come to the place,” Rosenblatt said. “You look around, and you feel very comfortable, but you don’t feel complacent.”

Although he doesn’t like to speculate on what readers take away from his work, Rosenblatt said he thinks Chautauquans might find they share a lot of common ground with Murph.

“I don’t know what anyone takes away from it, but I think Chautauquans, since they’re largely older, will see a lot of Thomas Murphy in themselves,” Rosenblatt said. “He’s just a good straight-shooter. Drinks too much and sings too much.”

Considering that this will be his 3,000,873rd visit to Chautauqua — by his count — one might wonder why Rosenblatt keeps coming back.

“The money, the fortune I make,” Rosenblatt said. “Honestly, it’s the best audience for a writer. First of all, there are a lot of people — 6,000, 7,000 people — all of whom read and are serious readers. When I read here and when one of my friends who’s a writer reads here, they’re overwhelmed by the intelligence and the enthusiasm of the Chautauqua audience. You don’t really find that anywhere else, not in those numbers.”

Rosenblatt also said he hopes the audience won’t just take something away from his presentation: he’d like something in return.