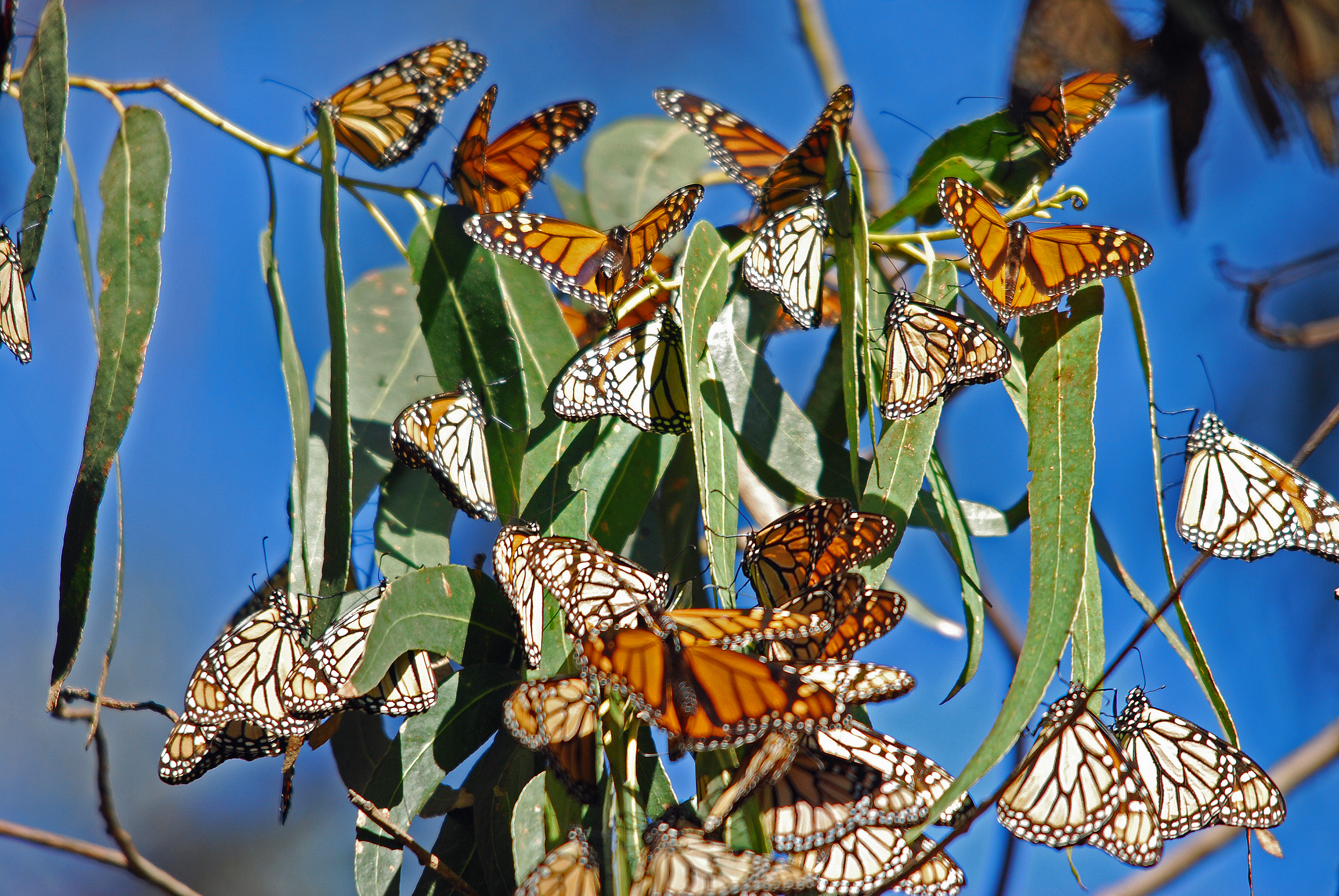 Jack and Diane Voelker, now retired, grew up in suburban Buffalo where they said it wasn’t uncommon to visit the shore of Lake Erie and see bushes covered in butterflies. Now, Lake Erie is still visible in the distance on the 65-acre Dewittville farm where they’ve lived for more than 40 years, but Diane said she counted only seven monarchs last summer.

The Voelkers will present the season’s first Monarch Moment, titled “Bring Back the Monarchs,”  at 4:15 p.m. Monday in Smith Wilkes Hall to show and tell the plight of the monarch butterfly.

The Bird, Tree & Garden Club, along with the Jamestown Audubon Society and Chautauqua Institution, announced plans last year to transform Chautauqua Institution into a certified monarch waystation, designating the area as a place for monarchs to breed and sustain southward migration. BTG will focus on the monarch waystation project as one of its primary initiatives this season.

The waystation comes as the monarch population reels from a more than 90 percent population decline over the past two decades, according to the Center for Biological Diversity, a nonprofit organization based out of Tucson, Arizona.

Monarch butterflies embark upon a migration path stretching from Canada to central Mexico each year — it’s the only butterfly to do so, according to the U.S. Department of Agriculture.

This January, the Voelkers visited the end point of this migration in the mountains west of Mexcio City where hordes of monarchs cover the branches of the fir and pine trees across a handful of acres.

To get there, a single butterfly can travel between 25 and 100 miles in a single day, Jack Voelker said — but that migration is endangered, as the plants that sustain butterflies lose ground to development and agriculture.

Decline in milkweed, a common perennial, correlates directly with a decline in monarch population, Jack said, because monarch larvae, or caterpillars, are picky eaters.

“The monarchs have to have milkweed to lay their eggs and for the caterpillars to have food to eat,” Jack said. “It is the only food they have.”

He said loss of habitat proves the biggest threats to monarchs due to near-ubiquitous use of herbicides, pesticides and genetically modified organisms (GMOs). GMOs enable commercial agriculture to use herbicides such as Roundup without worrying about killing the crop. But that has the ancillary effect of eliminating the milkweed that routinely appeared throughout fields across the U.S. and Canada.

Outside agriculture, Jack pointed to mowing along transportation corridors such as interstate highways where milkweed and nectar plants grow unabated. As butterflies proceed south to Mexico, the plants along those corridors can provide nourishment, Jack said.

With that, Diane Voelker said the causes of monarch decline are clear; what’s more difficult is figuring out how to help a species that, by nature, refuses to stay in one place.

“There’s no particular spot that somebody could work on and say that we’re going to save the monarchs by saving this plot of land,” Diane said. “You really have to save the whole migration route to make that migration possible.”

To that end, the Voelkers intend to contribute to forging Chautauqua County as one of a network of monarch-friendly pit stops throughout the country. In his former role as Chautauqua’s longtime director of recreation, Jack instituted no-mow zones along the edges of golf courses so landscapers didn’t eliminate native plant growth, such as milkweed.

More recently, Supervisor of Gardens and Landscapes Betsy Burgeson planted milkweed across the grounds this season as part of a larger planting initiative to support butterflies along their migration route.

Gardens across the grounds will feature native species that support butterflies with nectar as they “fatten up” to sustain themselves across the multi-thousand-mile migration, she said.

Additionally, the BTG Native Plant Sale, which takes place behind Smith Wilkes Hall throughout the Monarch Moments talk and again tomorrow from 1 to 5 p.m., offers starter packs of three and five plants grouped specifically to nurture monarchs as they mature and migrate.

Beyond the Institution, the Voelkers work with Chautauqua Lake Central School to educate fourth-graders on many of the issues they will discuss today. The couple drills the students on various facts about the monarch — such as how caterpillars grow 3,000 times in size in just two weeks — and enlist their help in cultivating milkweed. The Voelkers said those education efforts will eventually spread throughout the community to bolster whatever official efforts are underway already.

“We really haven’t found an audience that didn’t get it,” Jack said. “We’re trying to send the message that it isn’t hopeless.”