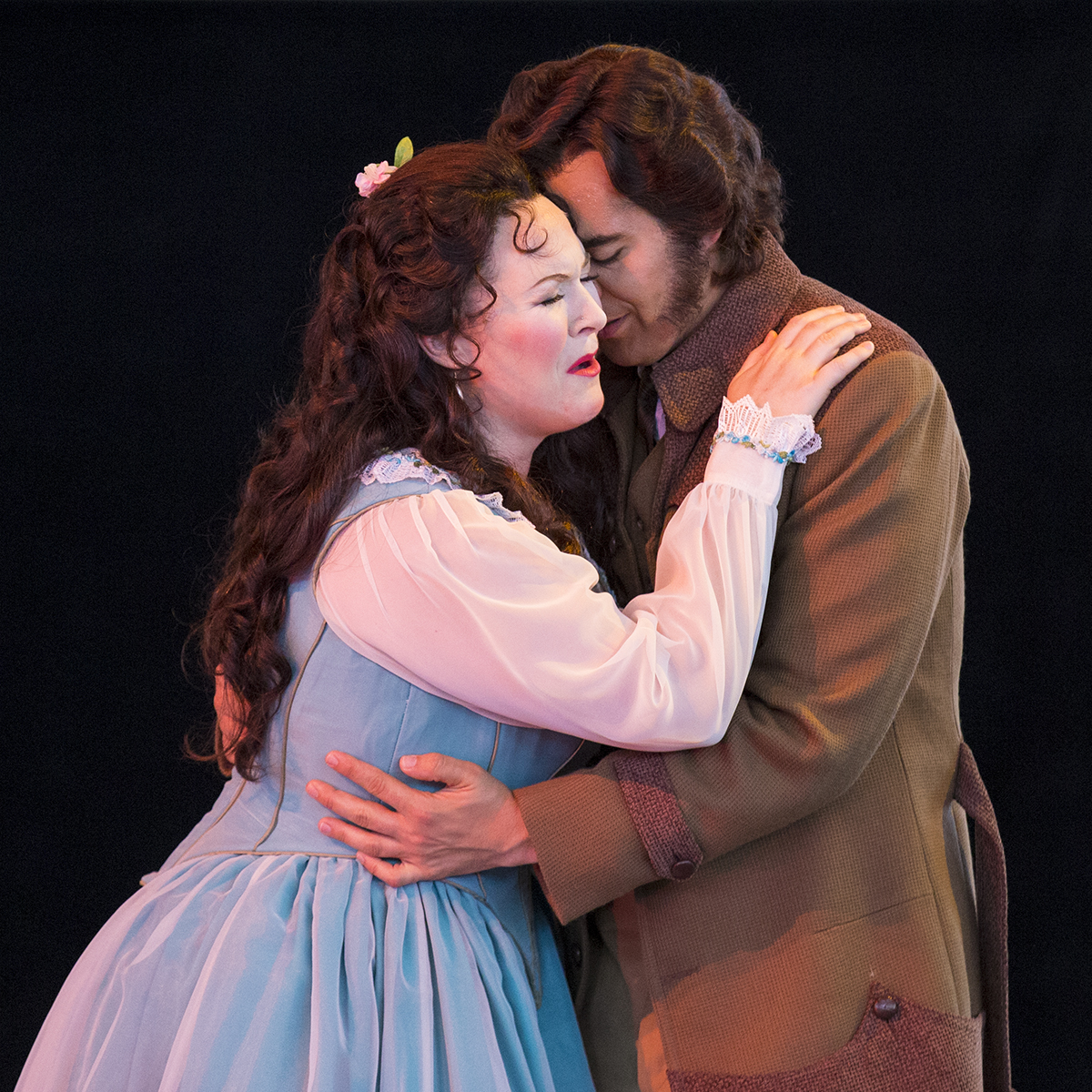 “What’s so devastating is that [Violetta] is such an incredibly emotional, sensitive, really lovely, beautiful, vivacious human being,” said soprano Caitlin Lynch. “And she’s dying.”

Lynch sang the part with Arizona Opera and Des Moines Metro Opera in 2014. At 8:15 p.m. Saturday in the Amphitheater, she will reprise the role in Chautauqua Opera Company’s production of Giuseppe Verdi’s La Traviata.

“It’s one of the most challenging roles I think I will ever sing,” Lynch said. “It takes a lot of stamina and commitment to get from the beginning to the end.”

Violetta is a courtesan of the demimonde, the stratum of elite prostitution that reigned in Paris from the mid-18th to early 20th centuries.

Within the demimonde, a select few — known as “kept women” — worked as hired mistresses to wealthy noblemen and royalty. More often than not, those women were sophisticated, well-mannered and worldly in their knowledge of current affairs. (Think Madame de Pompadour and King Louis XV of France.) Violetta is kept by the Barone Douphol.

“Being kept in the 18th century was not a profession in the modern sense of the term, but it was a job,” she wrote. “What was sold was standardized: sex, company, the pretense of affection, and usually the illusion that the patron was the center of the mistress’s world.”

The story within La Traviata began with a French woman named Marie Duplessis, a courtesan with whom Alexandre Dumas the younger had a love affair. He later wrote the novel La Dame aux Camélias, loosely based on their time together. When Verdi attended a stage adaptation of the book in 1852, he is said to have immediately begun work on the opera.

The music he subsequently composed is ubiquitous in the opera world, and Stage Director Keturah Stickann said even sporadic operagoers will most likely recognize the melody of the drinking song in Act I.

Steven Osgood, the artistic and general director of the company, said this is the perfect first opera for Chautauquans who may have never attended a full operatic production. The story is straightforward and doesn’t require a foreknowledge of how opera works, he said.

“All you have to come into it ready for is to be told a story,” Osgood said. “You can just respond on an intuitive level to the musical material that’s coming at you and you’ll actually be connecting emotionally with the characters on a moment-to-moment basis.”

Osgood said for 150 years, people have fallen in love with opera through La Traviata. As for the story itself, tenor Dominic Armstrong said his character, Alfredo, is the quintessential young man in love.

“I think [Alfredo] falls in love with the idea of being in love with [Violetta], and the fact that she loves him back? It just throws him over the edge,” he said. “But he doesn’t ever really know how to deal with that emotion.”

The setting of tonight’s production will remain true to that of the original story in 1850s Paris. Although she loves to update standard classical repertoire, Stickann said she has a hard time thinking about updating La Traviata because of the specificity of the social climate in which it takes place.

“This is Violetta’s story because we watch her diminish throughout, but on the other hand this is Alfredo’s story because we watch him make mistake after mistake after mistake, and ultimately at the end of the piece, he’s the one who has to live with it,” Stickann said. “The music is just glorious and the story is heartbreaking. What more could you ask for?”