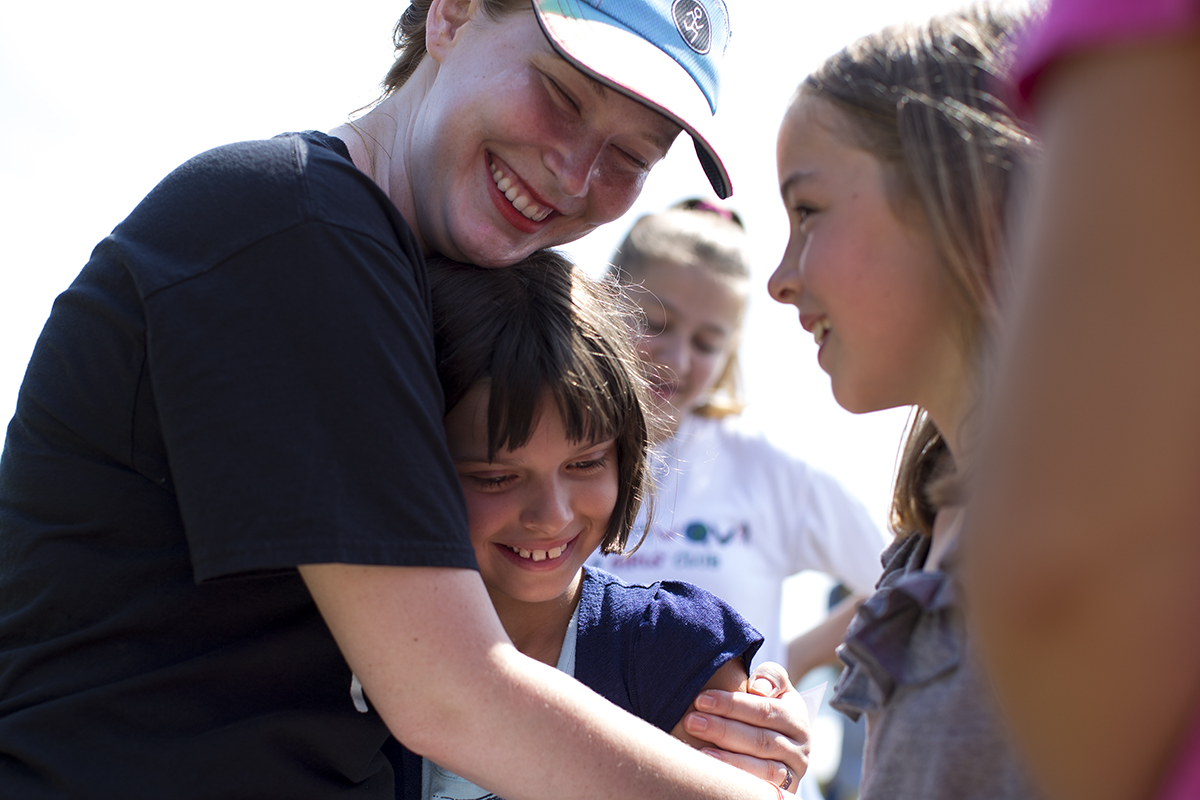 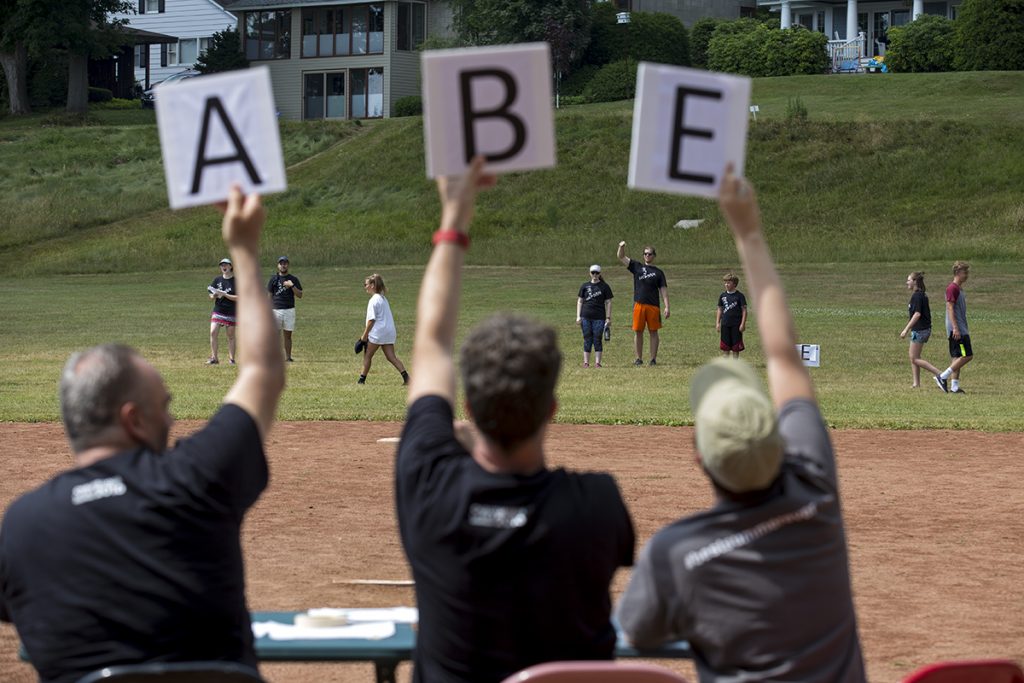 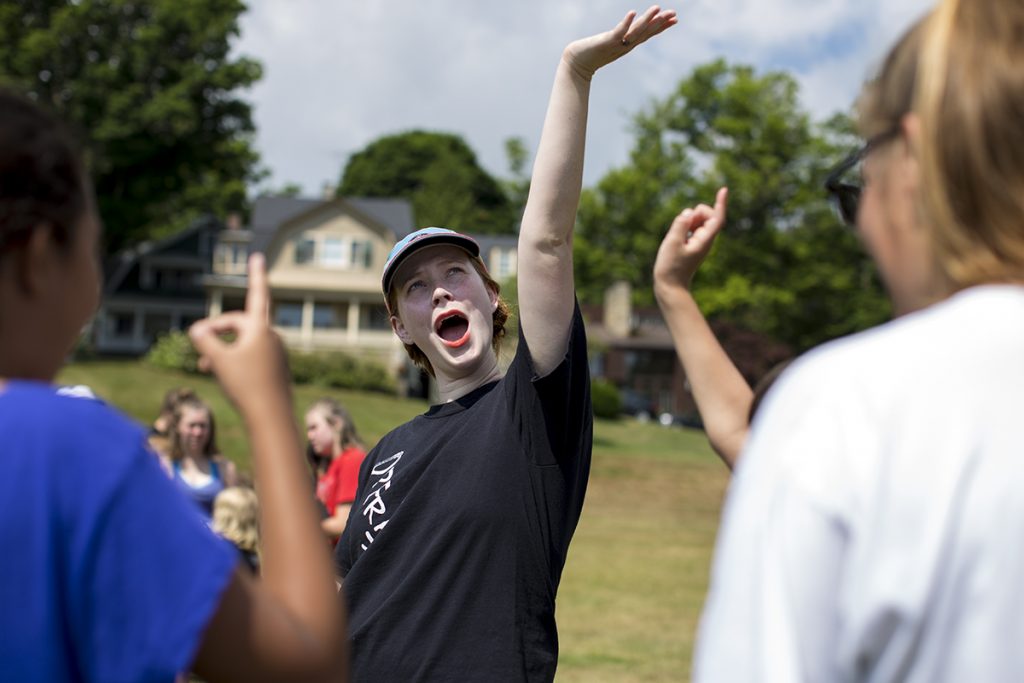 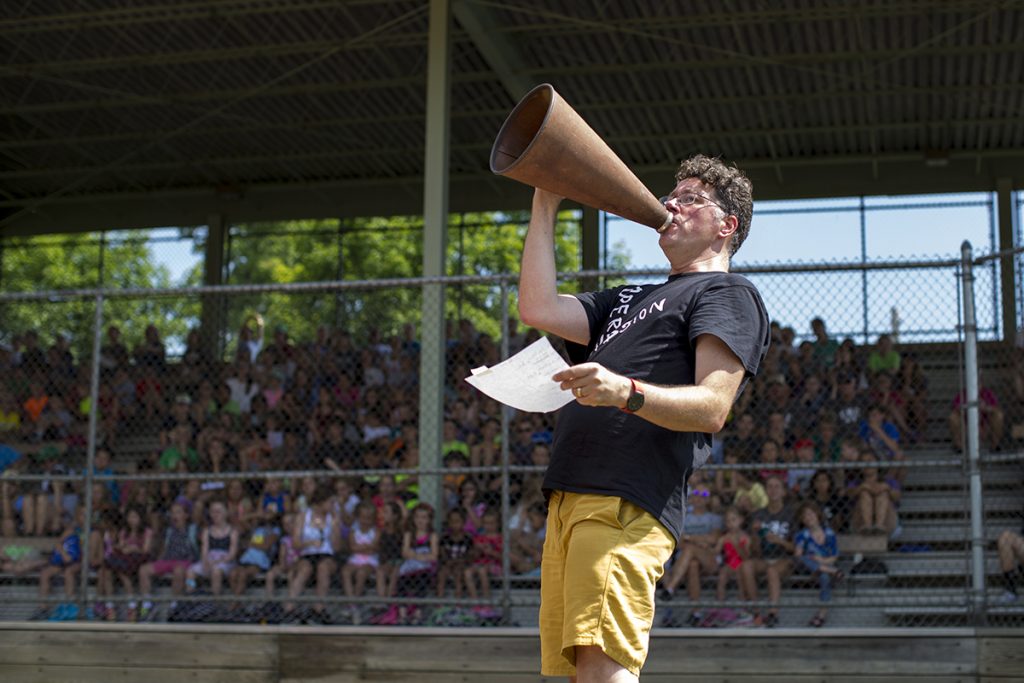 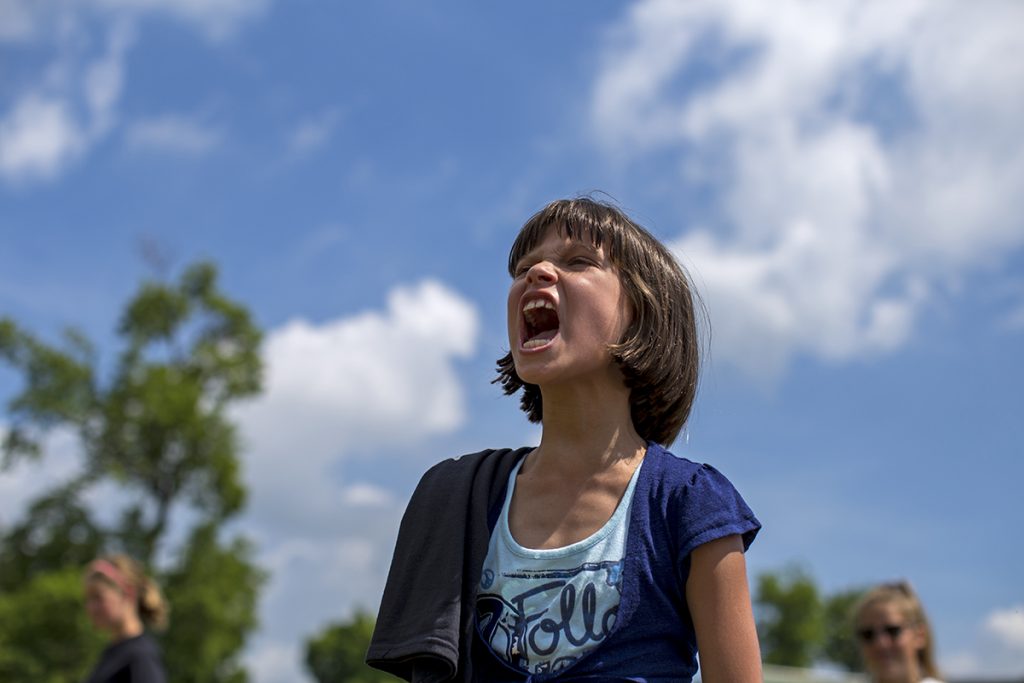 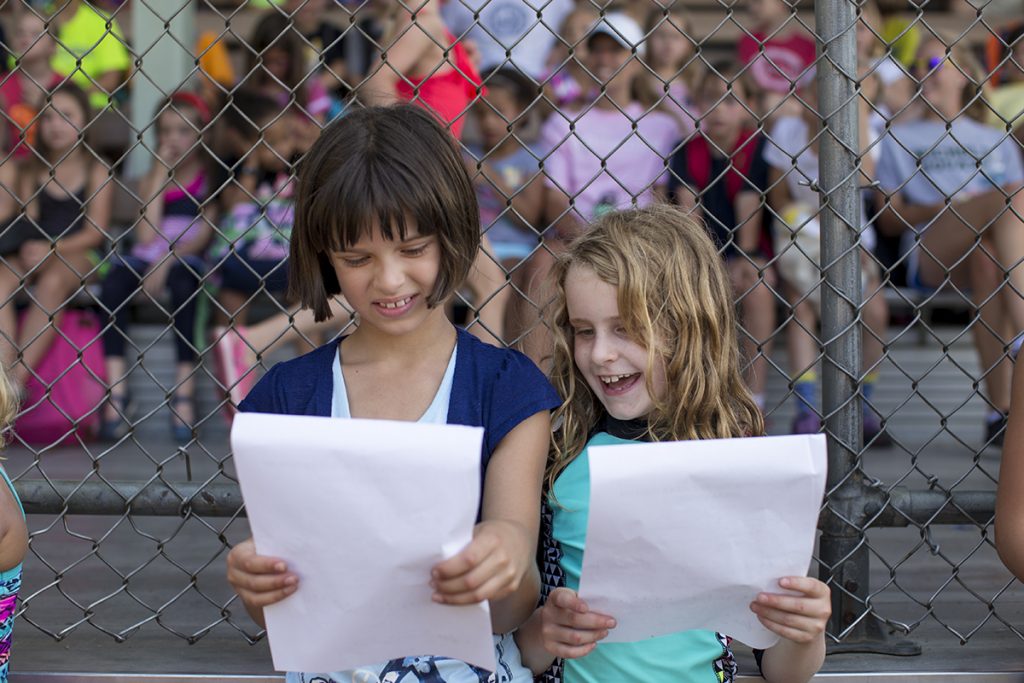 When the Chautauqua Opera Company held their second Opera Invasion on Thursday at Sharpe Field, it was a head-to-head battle of girls vs. boys and Red vs. Blue.

The contest was “So You Think You’re Louder than an Opera Singer,” and the kids’ answer to that challenge was a resounding “yes.”

Ella Jessen, a 9-year-old member of the Red team, won both rounds in her category.

“It was really fun to see the sign ‘Red’ up there,” she said of the judges’ scoring panels. “I thought that I wouldn’t make it.”

Four of the opera company’s Young Artists — Addie Hamilton, Megan Grey, Ryan Stoll and Lorenzo Miguel Garcia — served as coaches. Each of the kids chose a short phrase to sing (or yell) and projected their voices as far across the softball diamond as they could.

“I think it’s terrific,” said Todd Thomas, a longtime Chautauquan and guest artist who will sing the role of Giorgio Germont in Saturday’s production of La Traviata. “This seems like it’ll be a great memory for all these kids that they’ll remember for the rest of their lives, especially the winners.”

That seemed true for 8-year-old Ryan Chamberlain after securing his winning spot in the final round.

“I’m the happiest in the world,” he said.

The final winners of Thursday’s contest were January Bear, Ryan Chamberlain, Ella Jessen, Veda Tate, Cade Riddleberger, Sarah Reyna, Amit Ariely, Elizabeth Jensen and Gus Benson. The next Opera Invasion, “Opera Inside Out,” will be held noon to 5 p.m. Tuesday on the Woolsey Green, where the opera company will have an outdoor rehearsal.