Webster and Warren Pick Up Radio Mantle at Chautauqua

It’s not uncommon to hear chatter amongst the porches of Chautauqua.

But on one particular porch between the Brick Walk Cafe and the Post Office Building, the conversation reaches a bit of a broader audience.

Dennis Webster and Matt Warren co-host “Chautauqua Today,” a radio show that runs from 8:40 a.m. to noon Monday through Friday. Recorded on the grounds in front of a live audience, the show is broadcast through WJTN Radio, a Media One Group station, and can be heard on WJTN-AM station (1240 AM) or its website.

“I’ve always been fascinated with this idea that you could sit in one room or one place … and be heard some place else,” Webster said. “I continue to be fascinated by that whole idea.”

For veteran Chautauquans, the concept may sound familiar, but the name might not.

Jim Roselle hosted “The Jim Roselle Show” for the past 42 years, which followed a similar format on the grounds. Roselle died on March 23 after 61 years on air with WJTN.

“We can’t fill his shoes because he did great things here,” Webster said. “But we’re attempting to pick up where he left off and put our own stamp on the broadcast.”

“Chautauqua Today” aims to “dig as deeply into the Chautauqua community as we can to transmit, to translate, to send out to the general community some sense of what happens here on the grounds,” Webster said.

The team goes to great lengths to research and understand people who are scheduled to come on the show. There can always be an element of surprise — especially considering their “studio” is open to all on Bestor Plaza.

“This is is a completely unpredictable environment in terms of who walks by, who’s listening, and that’s delightful in many ways because it creates opportunities that we would never have if we were sitting inside a locked studio some place, even on the grounds,” Webster said.

Webster is a second-generation radio man, as his father worked in the industry for 21 years. Webster also hosts “The Saturday Breakfast Party” on Saturdays at Friendly’s, according to the WJTN website.

“I’ve worked hard in my career to cultivate the skills to interview people, regardless of their age or their background or their willingness to be interviewed so this is an extraordinary opportunity to practice and hone my skills,” Webster said. “People are very interesting. All of them have stories. All of them have interesting aspects of their lives and the interviewer’s job is to find those quickly and portray that to the audience.”

Webster said he and Warren have a good chemistry that works on air. Warren has an interest and background in English, language arts and theater, which he said balances out with Webster’s interest in politics, world affairs and current events.

“We kind of play, in our preparation, to what our strengths are as far as interviewing goes and we’re able to, of course, come up with follow-up questions just based on what either of us draws out in the interview,” Warren said.

Warren has been involved with the station for almost 10 years, working with Roselle for five of those. This year is his first year as a co-host. He grew up in Jamestown and said he has been coming to Chautauqua for years, not only for the radio show but for the programming as well.

For the Institution, the show helps to take the Chautauqua message and broadcast it outside of the gates, said George Murphy, vice president and chief marketing officer.

“We assume people on the grounds know what’s going on and what we do, but all you have to do is look at this crazy thing and see it’s overwhelming,” Murphy said, pointing to a copy of the weeklong calendar of events. “So, imagine if you’re sitting in Jamestown or you’re working at Cummins and wondering, ‘What do I want to do this weekend or next week?’ We assume they know all these things. They don’t. So, I think the more we can explain it and pique somebody’s interest, … I think [Webster] is the right person to do that, and I think that’s probably the smart thing to do.”

Those who stop by and have a listen are part of the “Breakfast Club,” Warren said, a term coined by Roselle. The members come throughout the morning, some even making it on the radio to recap programs that the two might have missed while broadcasting.

“We’re able to get that feedback from the people who see the programming here at Chautauqua and are able to tell us a little bit about who on the air, about what we can’t see because we’re involved in doing the radio show,” Warren said.

Although traditional means of radio might not be as popular today, Warren said the WJTN team is still committed to its mission.

“AM radio really is a dying art, unfortunately, where there’s not many people who listen to local radio anymore because of apps like Sirius and Pandora and iHeartRadio and other new internet technologies like that,” Warren said. “What we want people to know is that we are still committed to the community. That’s WJTN’s No. 1 mission statement: We are a radio station that broadcasts local events, community news and information and public service announcements as well. We want people to know, and I think our listeners know, that they can turn to us to be informed about what is going on around their community.”

Webster said he would love to collaborate with more organizations not currently represented on the show. As for goals for the future, he said they’ll look at that after the first season is under their belt and the two have introduced themselves to the community.

And how does he want listeners to recognize him and the show?

“Hopefully it is friendly and accessible even for people who don’t have a great interest in the arts or the lectures here,” Webster said. “That we can put this out in a way that will catch people’s interest if they just happen to be walking by a radio some place, they’re going to stop and listen to what those people are talking about.”

Furniture and Jewelry Fundraiser Has Something for Everyone 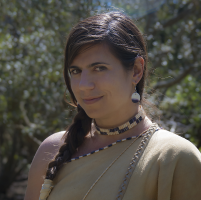 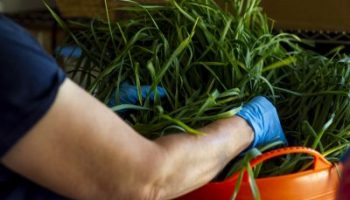