At 3 p.m. August 6, as part of the Chautauqua Women’s Club’s Contemporary Issues Forum, Madonna will return to the Hall of Philosophy to talk about the “2016 Election: Road to the White House.”

“I’ll be talking about the presidential election — the fundamentals, issues, candidates, Electoral College and the state of contemporary polling in battleground states,” Madonna said. “And I’ll review some of the history of past elections.”

For more than 30 years, Madonna has been teaching and writing about the American presidency and American political parties and political behavior. Since 1991, he has focused on voters and voting behavior. His most recent book, Political Pennsylvania: The New Century, was written with co-author Michael Young and published in 2014.

Madonna and methodologist Bernard Yost co-founded the poll — named the “Keystone Poll” until 2008 — at nearby Millersville University in 1992. At the time, Madonna was professor and chair of Millersville’s Government Department and head of its Center for Politics and Public Affairs.

“I’ve been a pollster for 25 years and I never make predictions,” Madonna said. “I talk about factors that matter.”

On Saturday he will provide “a general understanding of the political climate in this country, what matters to voters, the strengths and weaknesses of candidates and what they’re trying to accomplish, and the nature of the Electoral College.”

“If you don’t believe me about the Electoral College, ask [former] Vice President [Al] Gore, who lost by two electoral votes,” Madonna said.

More specifically, Madonna said he will talk about Democrats and Republicans — what they believe and why.

“I’ll segue to the candidates, how they won their elections, what the voters think about them, who they are, and what they believe,” he said.

Madonna is accustomed to sharing the results of his polls with large audiences.

A regular analyst for Lancaster and Harrisburg’s WGAL-TV, he is also the host and moderator of its Sunday morning statewide news and commentary program, “Pennsylvania Newsmakers.” For WPVI-ABC6 in Philadelphia, he is a regular panelist on the “Inside Story” commentary program. With Young, he writes a biweekly column for Pennsylvania’s leading political website, politicspa.com (formerly capitolwire.com).

In addition, Madonna has become the pollster for the following media: the Philadelphia Daily News, Times-Shamrock Newspapers, WPVI-ABC6, WGAL-TV, Patriot-News/PennLive, The Pittsburgh Tribune-Review, WTAE-TV in Pittsburgh, LNP/LancasterOnline and The Reading Eagle. He has provided election coverage for public television, including WHYY-TV in Philadelphia and WITF-TV in Central Pennsylvania.

Madonna said a typical day for him this summer includes spending a couple hours reading newspapers, websites and blogs to keep up on what’s going on; working on his biweekly political commentary column, “Politically Uncorrected”; updating and adding book chapters about Pennsylvania politics; preparing to host “Pennsylvania Newsmakers,” during which he talks with issue experts; and taking five to 10 calls from media.

“I routinely do 3-minute to 30-minute interviews weekly with five to 10 radio stations,” Madonna said. “Because of this unusual presidential election, the number of interviews is increasing weekly. Though in other years, I would still do two to three calls per day.”

According to Madonna, “mid-term elections are not quite as hairy.” Typically, 75 percent of the media calls he gets are from within Pennsylvania, and 25 percent from around the country. Now he’s getting calls from media in countries all over the world.

“About 16 years ago, Europe and the world began paying much more attention to Pennsylvania politics,” Madonna said. “I’ve gotten huge interest in American politics from all over the world. I’ve noticed this trend since the beginning of the 21st century. I’ve been doing this since 1986. We’ve become more global than just the economy.” 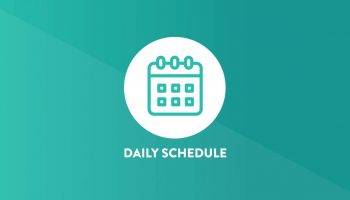 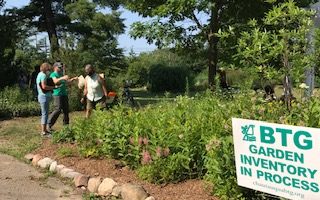 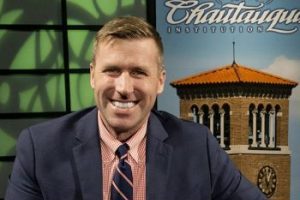