When it comes to race, the Rev. Thomas G. Long believes we are on the edge of a “major social adjustment” on the magnitude of the civil rights movement.

“I am concerned about the political climate but it could be full of promise,” Long said. “The stirrings and anxieties are indicative of a new era.”

Long will be the Week Seven chaplain for Chautauqua Institution. He is the Bandy Professor of Preaching emeritus at Emory University in Atlanta and the author of 21 books. At the 10:45 a.m. Sunday morning worship service, he will preach on the topic “Telling Time.” He will share his faith journey at the 5 p.m. Vespers August 7 in the Hall of Philosophy. Long’s sermon titles for the week include “Deep Water,” “The Sound of the Gospel,” “Learning How to Squint,” “When Did We See You?” and “The Open Window.” 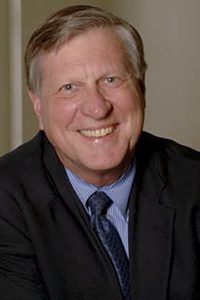 “I believe that we are at a time of new understanding and reconciliation, or a deeper divide and bitterness,” Long said. “It is urgent for us to attend to the rhetoric of politics. For this week, I am taking fascinating texts and using their energy to see how they connect with us politically and personally.”

Long’s research interests are contemporary homiletical theory, Biblical hermeneutics and preaching. His 1989 book, The Witness of Preaching — now in its second edition — is one of the most widely used texts on preaching, appearing on class reading lists in seminaries across the country and world. In 2010, Preaching magazine named The Witness of Preaching one of the 25 most influential books in preaching for the last 25 years.

His latest book, published in 2013, was The Good Funeral: Death, Grief, and the Community of Care. His book, What Shall We Say? Evil, Suffering, and the Crisis of Faith, explored questions of God and human suffering, and was named “2011 Book of the Year” by the Academy of Parish Clergy.

“I retired from Emory in August last year,” he said. “I thought there were enough Tom Long books in the world. But I was teaching a course on the parables at Yale this spring and one morning I jumped out of bed and wrote 15 pages of a new book.”

Long, an ordained minister in the Presbyterian Church (USA), is a frequent contributor to The Christian Century and the Journal for Preachers, and a popular presenter at preaching conferences worldwide. A graduate of Erskine College and Erskine Theological Seminary, he earned his Ph.D. from Princeton Theological Seminary. In 1996 he was named one of the 12 most effective preachers in the English-speaking world by Baylor University, along with the likes of Fred Craddock, Billy Graham, James Forbes, Barbara Brown Taylor and William Willimon.

Opera Young Artists Present “Around the World in About 80 Minutes”