In her first week at Chautauqua Institution, she’s been busy teaching dancers; supporting Sasha Janes, Chautauqua School of Dance’s director of contemporary studies, in rehearsal; meeting supporters and donors of the company; and discussing the future of Charlotte Ballet at Chautauqua with Deborah Sunya Moore, the Institution’s vice president and director of programming.

In a season that she said is “still a rollover of (outgoing artistic director) Jean-Pierre (Bonnefoux)’s,” Muir, step by step, is getting to know a community that next year, she’ll no longer be a stranger to.

“I’m yet to really understand it, but from what I see, everyone is so committed to the continuous learning, collaboration,” Muir said, “which is part of what I want to do in Charlotte.”

The community will have an opportunity to meet Muir in person at 3:30 p.m. Wednesday in the Hall of Christ as the featured speaker for the Chautauqua Dance Circle’s “Views on Pointe” lecture series. But others may have already met her.

On Sunday afternoon, Muir walked around three barres that were set up on Bestor Plaza, demonstrating and calling out instructions as she led “Barre on Bestor,” a come-as-you-are, dance-if-you-will, all-ages experience.

“It’s about how, in between our program series, we can be a bit more present here in Chautauqua — how we can give kids or families new experiences,” Muir said.

Muir’s also planned a pop-up performance on the plaza for Thursday, just after the morning lecture, but wouldn’t say much else other than it’s “a little teaser” before Charlotte Ballet’s last Chautauqua show of the season July 19.

“The environment and the collaborative nature of the Institution, I think, has so many opportunities for them to experience other art forms, other disciplines, and to also have the opportunity to mentor and teach children,” Muir said of the company’s dancers. “It allows them to diversify their own skills as well.”

For Muir, accepting the new position seemed like “the right opportunity coming at the right time.” She’d spent the past eight years at the Scottish Ballet in Glasgow, working as ballet mistress, rehearsal director and most recently, as the assistant artistic director.

“I kind of felt like I’d gone as far as I could go there,” Muir said. “I loved it, but you know, you hit your ceiling and then you want (something) new and you want to broaden your horizons a bit.”

As artistic director, Muir said she sees herself as a “curator for the repertoire of the Charlotte Ballet.” She plans to introduce choreographers that “haven’t been seen in Charlotte, some haven’t even been seen in America,” and to “give the dancers a different set of tools so that they can access work and really get the most out of it.”

Muir is a fan of the company’s modest size and its repertoire’s balance of the classical and the contemporary. With only 20 dancers, the expectations are different.

“We’re not expected to do the big classics,” Muir said. “We just don’t have the numbers, so I want to interpret some of those classic stories in new ways.”

In keeping the repertoire versatile, Muir also said she wants to bring more bespoke work — in the sense that it’s tailor made — for the company.

“A choreographer will come in, look at the dancers we have, get to know their personalities and retell a story through them,” Muir said.

Muir is beginning a Chautauqua story of her own. She’s been in the studio, in the Amphitheater and on the plaza, but she’s also been to lectures, porch talks and other events around the grounds.

“I think there’s so much opportunity up here as well, so I’m just really grateful to continue this road,” Muir said. 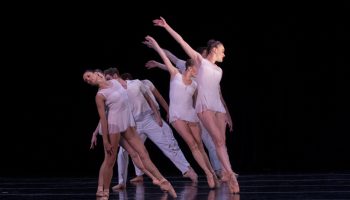 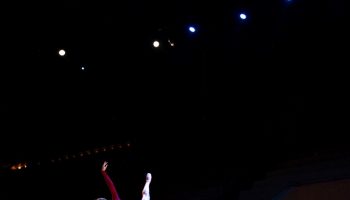 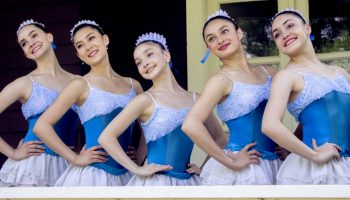