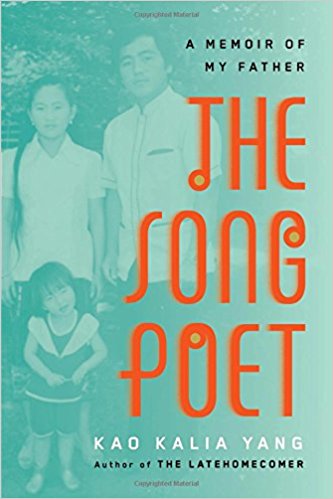 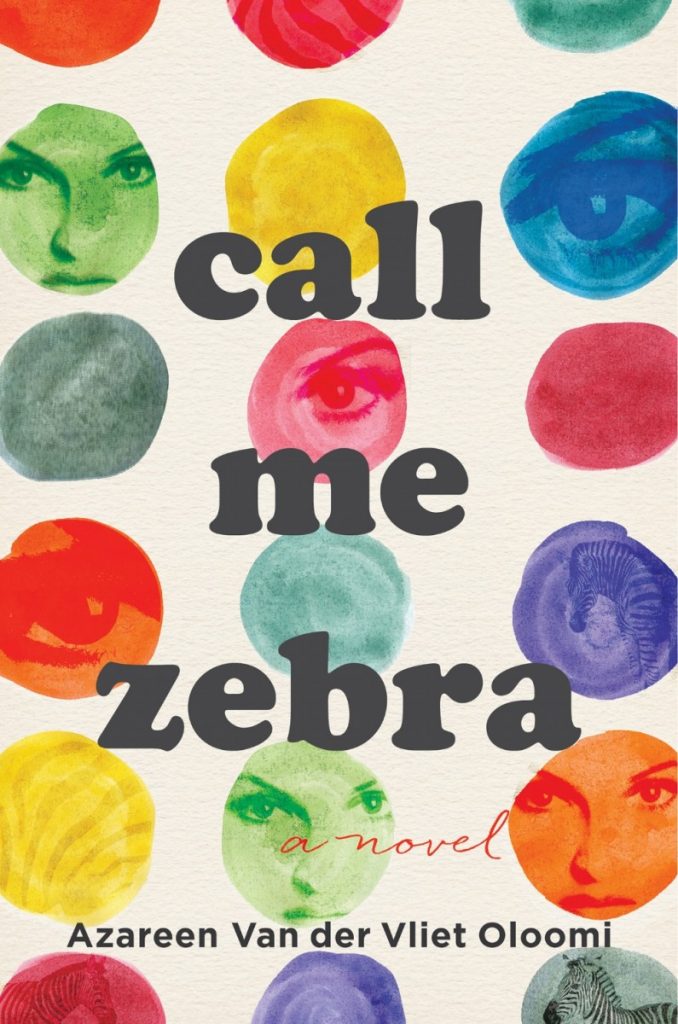 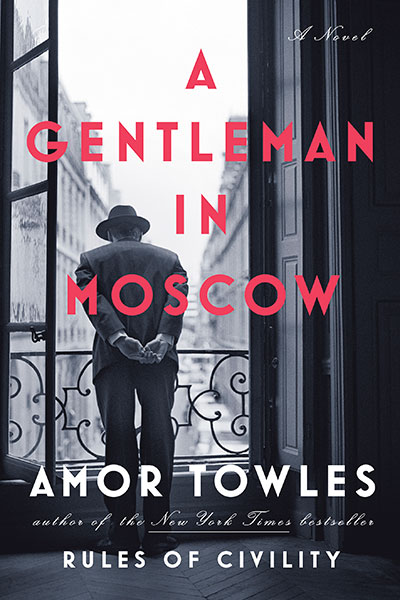 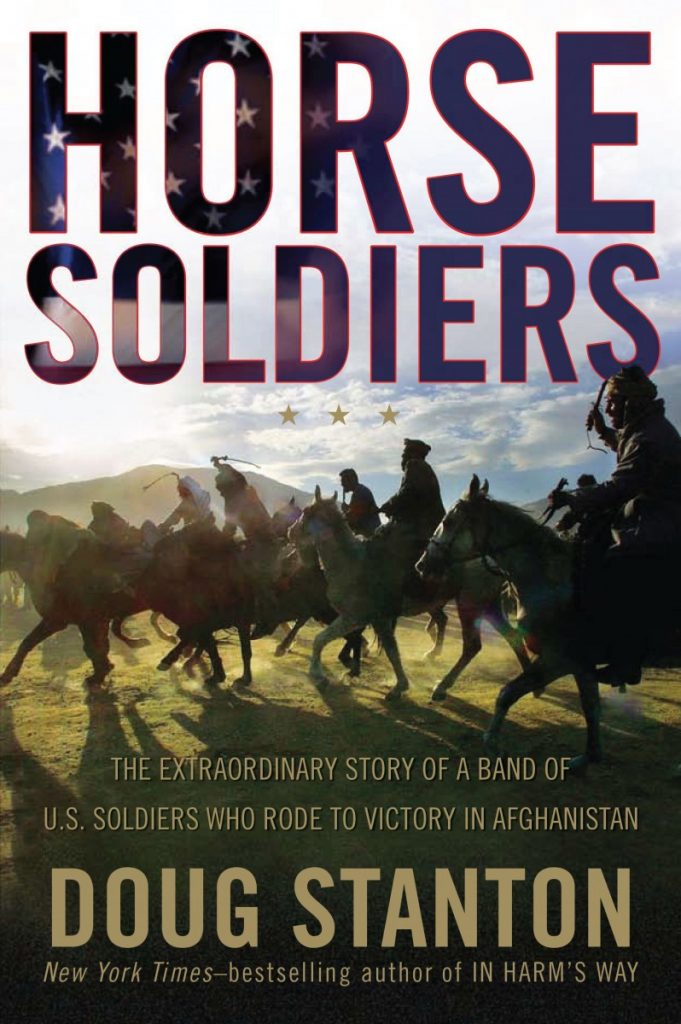 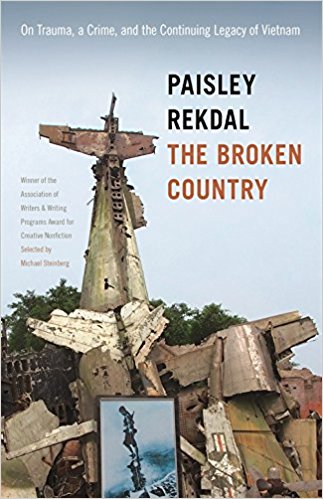 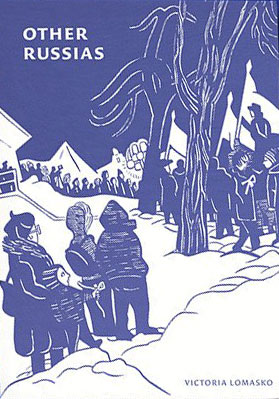 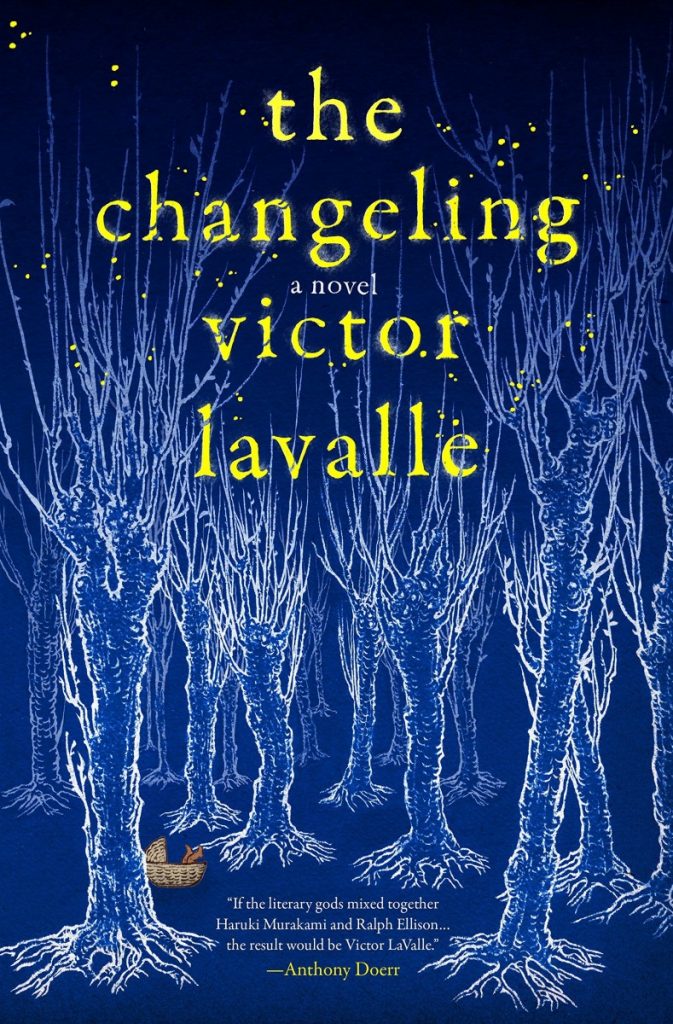 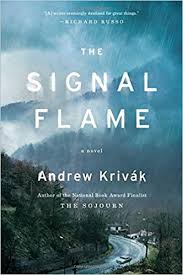 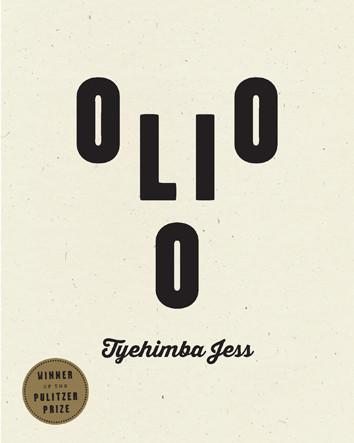 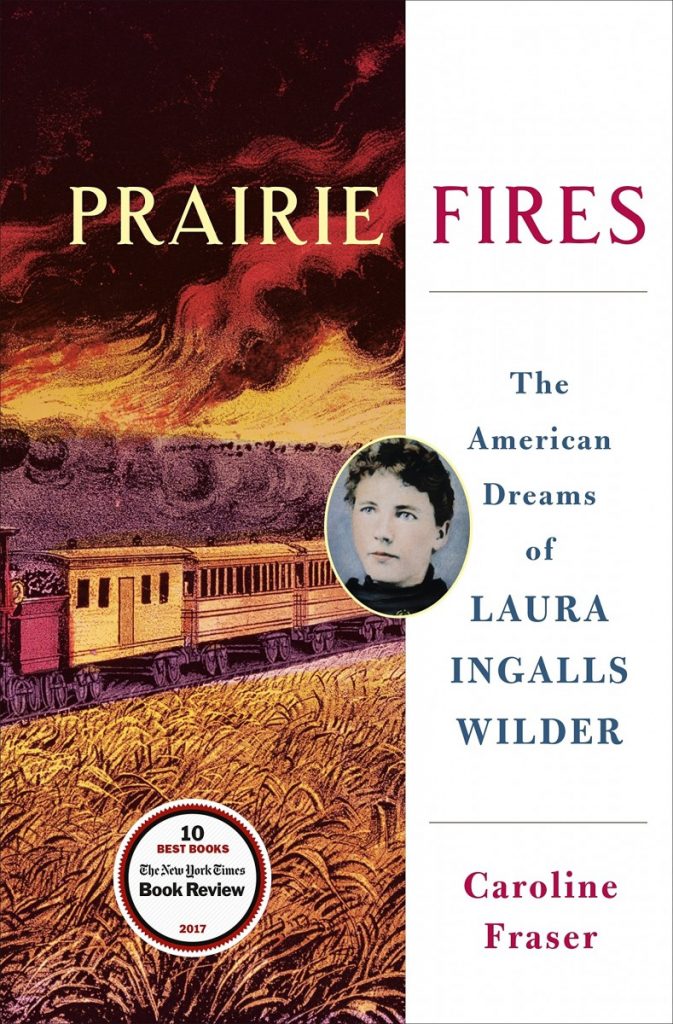 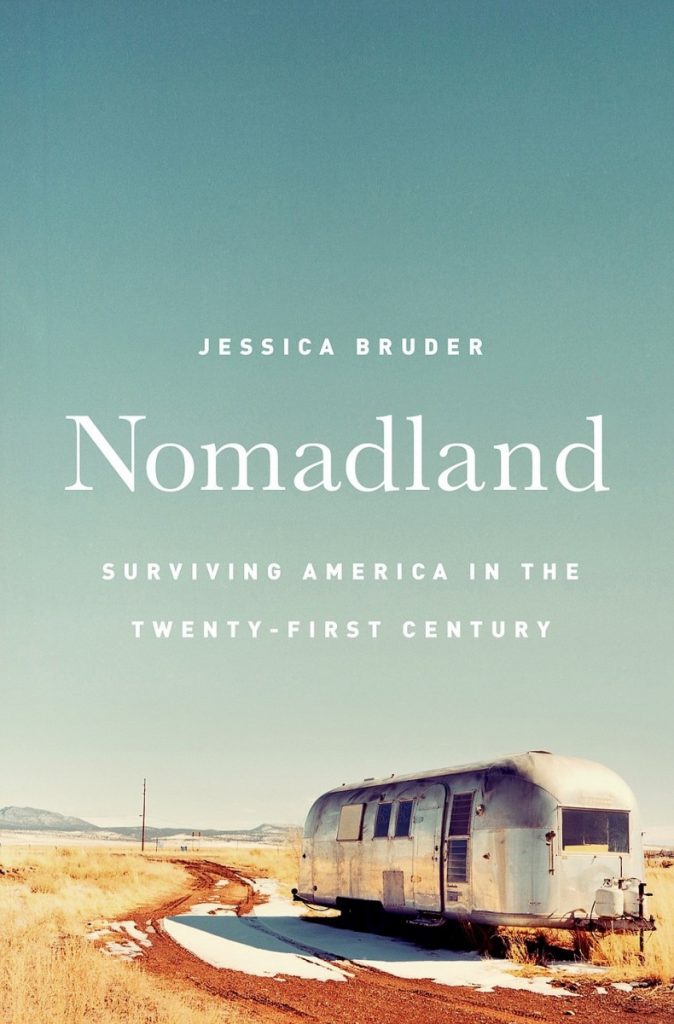 A constellation of texts invites disruption.

The role of the vertical theme is to help frame the conversation surrounding these groundbreaking and challenging texts. And it is fitting for a season of change. This past off-season, Atom Atkinson assumed their title as director of literary arts, and Dave Griffith succeeded Babcock as vice president and Emily and Richard Smucker Chair for Education.

“There’s a good deal to process,” Atkinson said. “I think it was really thoughtful of Sherra to think ahead and say, ‘Well, let’s use literature as one of the ways we’re thinking that through.’ ”

Atkinson considers books “tools for lifelong learning.” The selections for this year reflect this promise of texts that challenge, provoke, expound and embroider.

“With Atom coming on board, what we’re seeing is a broadening of the kinds of texts that Chautauquans are going to be exposed to,” Griffith said.

Although the primary litmus test for a potential CLSC book is whether it’s undeniably “exceptional,” Atkinson said disruption is felt, often intimately or painfully so, in every one of this year’s CLSC selections. Griffith and Atkinson were interested in seeking books that don’t only inform, but also leave readers working through the book’s ideas in both their minds and their hearts.

“It should generate lots of questions,” Atkinson said. “It should invite sustained thought, often just because it’s so impossible to stop reading.”

Week One opens the season with two selections: Olio by Tyehimba Jess and The Signal Flame by Andrew Krivák. Jess will also speak at 10:45 a.m. Tuesday in the Amphitheater, celebrating the week’s theme, “The Life of the Written Word.” Krivák will speak at 3:30 p.m. Thursday in the Hall of Philosophy.

The Signal Flame is the only book Babcock chose before retiring, but like the vertical theme, it is a fitting and thoughtful choice, Atkinson said. Krivák received the first-ever Chautauqua Prize for his debut novel, The Sojourn. Babcock established the Prize during her tenure in 2012.

As for picking the rest of the CLSC selections, Atkinson said it was a lot of reading.

And often, reviews serve as trail markers in leading Atkinson and Griffith to potential picks.

Such was the case with Caroline Fraser’s Prairie Fires: The American Dreams of Laura Ingalls Wilder, the book for Week Two’s theme, “American Identity.” Atkinson read a review of the biography and was surprisingly intrigued.

“The way the book unveiled so much to me about how I understood American history and American identity was just so compelling,” they said.

Prairie Fires tells the largely untold truths behind one of America’s most beloved children series, Little House on the Prairie, and the mythologies of the nation’s wilderness — both constructed and concealed.

After selecting Prairie Fires for CLSC, Fraser won the Pulitzer and recognition from the New York Times Book Review. Atkinson remembers thinking, “Oh, the secret’s out.”

And sometimes, a book is so good, it just deserves a seat at the table. Such was the case for Azareen Van der Vliet Oloomi’s Call Me Zebra, according to Atkinson.

“I read the first two pages and I just thought, ‘I really hope this book doesn’t turn south at any point, because I want it to be great. And I have a feeling it’s going to be,’ ” Atkinson said. “And then it was.”

The novel follows a heroine, Zebra, enraptured with the tradition of resistance that is embedded in her family and cultural history, which she processes through literature. Griffith said Call Me Zebra offers a perspective not reflected in literature, say, 15 years ago.

“There’s something au courant about what she’s doing because it’s about a young woman who crosses borders, how crossing between two different cultures shapes the way that she sees the world,” he said.

Notably, many of the books feature war as a backdrop of the disruption of civilized life, as in Week Eight’s The Broken Country by Paisley Rekdal and Week Nine’s Horse Soldiers by Doug Stanton. However, the selections also look at war as a catalyst for unlikely, forgotten or subtle disruptions that are often overlooked. Krivák’s The Signal Flame and Kao Kalia Yang’s The Song Poet offer portraits of this ripple effect.

Week Four, “Russia and the West,” has two selections: A Gentleman in Moscow by Amor Towles and Other Russias by Victoria Lomasko. Fictitious, A Gentleman in Moscow traces the life of a Russian count exiled to spend the rest of his days in a luxurious hotel with a gamut of guests. And, through the graphic artwork and journalistic interviews of Other Russias, Lomasko shares the stories of Russians, ranging from school teachers to sex workers, often forgotten in profiles of the nation.

Other books interpret disruption more literally. Nomadland: Surviving America in the 21st Century, for example, tracks the physical displacement caused by economic disruption that forces Americans to travel across the country in search of a living. Similarly, The Changeling chronicles a new parent’s anxious adventure mapping through the waters, forests and underbelly of New York City.

And, as in Olio, some books cause readers to become one of the disruptors.

In CLSC’s history as a correspondence organization, and later reading circle, Griffith said there has been less correspondence between the chosen books and the weekly themes.

“They weren’t necessarily thinking of how those books lived inside the season and the conversation that was happening inside the season,” he said. “It was more from a curricular standpoint: These are the things you needed to know to be considered an educated person.”

Griffith and Atkinson want to foster a learning environment through the programs and texts this year.

“We wanted to create an opportunity for people to see the potential of CLSC as an educational experience, and not just as a social experience,” Griffith said.

This approach echoes the early days of the CLSC, when its selections served as an educational syllabus. This was particularly beneficial for groups who could not afford or were not allowed to attend college.

Literary arts celebrates a starship of milestones this year with various new programming and partnerships. Griffith and Atkinson have their hands in many fires, including the Writers’ Festival, CLSC, Writers’ Center and the inaugural Brick Walk Book Walk, newly unveiled Poetry Makerspace and Young Writers Institute.

“It took us a while to understand the ways those things would work together,” Griffith said.

Eventually, the team came to see the ecosystem of texts, lectures and workshops as a “constellation” that gives readers the chance to see how different writers react to and digest disruption. And with these new texts comes new tools for Chautauquans to engage in these conversations.

Poet Carl Sandburg once wrote, “After the sunset on the prairie, there are only the stars.”

While this year’s constellation of texts illuminates beyond the prairie sunset, it speaks to the diverse array of literary stars, from Laura Ingalls Wilder to Zebra, conversing with one another. Despite the cyclical disruption of the sun, the stars still speak. Through changing seasons, black holes and meteor showers, the constellation endures.

“Times of crisis and times of disruption spawn innovation,” Griffith said. “That always stays the same. Artists and creative people take that as an opportunity to innovate.” 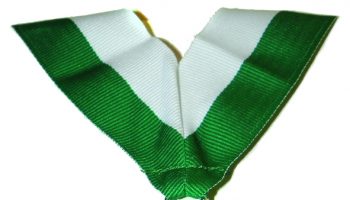 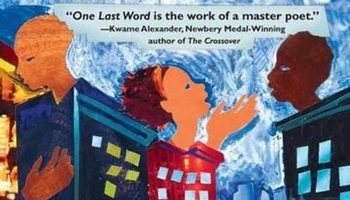 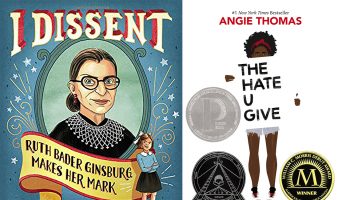 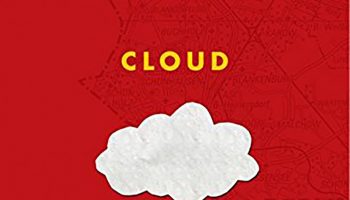 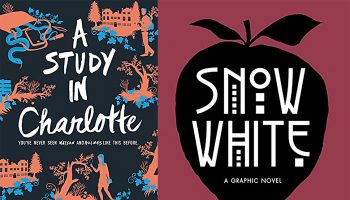