As Chautauqua explores Week Five’s theme, “The Ethics of Dissent,” those in the CLSC Young Readers Program will be exploring the same theme by reading I Dissent: Ruth Bader Ginsburg Makes Her Mark by Debbie Levy, a picture biography of Ruth Bader Ginsburg, and The Hate U Give by Angie Thomas, a young adult fiction recommended for ages 14 and up, about a black teenage girl’s life. 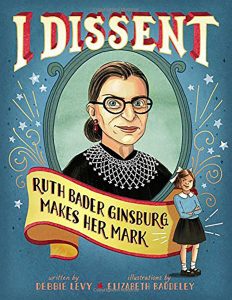 At 12:30 p.m. Wednesday, July 25, in the Poetry Makerspace, there will be an activity for Young Readers to explore the relationship among poetry, protest and dissent.

According to Karen Schiavone, manager of Special Studies and youth programs, many different forms of dissent can be seen in present day, such as protests and those making public statements. Ginsburg, as a previous lawyer, judge, and now a U.S. Supreme Court justice, dissents by doing her job in the court.

“Ginsburg has been disagreeing her entire life,” Levy said.

Ginsburg indeed has been “disagreeing” and making changes in her entire life, but she does it in a civil manner by “disagreeing without being disagreeable,” according to both Levy and Schiavone.

And Ginsburg’s civil manner is especially illustrated in her close friendship with the late Justice Antonin Scalia, who died in 2016.

Levy wrote about “the most unlikely friendship” in her book.

“(Scalia) didn’t agree with the ideas that were (Ginsburg’s) life’s work as a lawyer before she became a justice — that is, her ideas about gender discrimination violating the United States Constitution,” Levy said. “That’s a really important and big disagreement, and yet, in their legal policy disagreement, they were civil.” 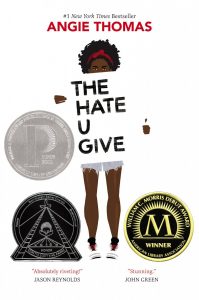 Ginsburg and Scalia even shared drafts of each other’s case arguments.

“‘Knowing just how much he disagrees with some of my ideas makes me express them better,’ she has said,” Levy said of Ginsburg. “They would get better and better by bouncing off of Scalia’s critique. Aside from that, they are disagreeing very deeply on legal matters, but personally, they were really close friends, and did things together. The families had celebrated the new year together. They went to the opera together. They laughed a lot together.”

Levy sees Ginsburg as a great role model for kids. Ginsburg is widely known as the “notorious RBG,” but Levy said she thinks of her “rather as glorious RBG, not notorious.”

“You don’t have to just say yes and go along,” Levy said. “Disagreeing is a perfectly good way to be, and also that change comes by disagreeing. … Change has to come by identifying something that you disagree with, and then working to make a difference.”

Schiavone said it’s important for kids to learn they can stand up for what they believe in. She said multiple forms of dissent can be seen in the two CLSC Young Readers books.

“But we do tend to see that certain forms of dissent are frowned upon, by certain groups of people, just in the forms that they take,” Schiavone said.

Certain groups of people are mistreated in society based on their skin color, like Khalil in The Hate U Give. In the book, the character is pulled over and shot by a white police officer. Although equality in society has been fought for by many people, including Ginsburg, it has not been achieved yet.

Both books feature characters that experience mistreatment based on their skin color, gender or religion. Sometimes even when these people protest to be treated fairly, they are still being judged by society, according to Schiavone.

“I do think that this is where (‘The Ethics of Dissent’) comes back so well,” Schiavone said. “That’s what we are going to talk about on the platform — all of these types of dissent, and how does society look at them? I think that society certainly judges certain groups more than others when it comes to protest.”

When Ginsburg was in elementary school, she protested when her teacher told her that left-handers should write with their right hands. Levy said Ginsburg also “has experienced prejudice and knows first-hand discrimination” as a Jewish woman who faced disapproval when going to law school and pursuing law.

“You see it in the book when she’s a little girl and she’s in the car, seeing those signs when they are on the ride in the country,” Levy said.

Some of those signs included “No dogs or Jews allowed”; “Whites Only”; “No Colored”; and “No Mexicans.”

“(In) her discussion during her confirmation hearings to be a Supreme Court justice in the early ’90s … she told the senators about this experience that she had as a girl, ‘has stayed with me my whole life,’ ” Levy said.

Levy hopes to convey “empathy for people who are treated as the other, on a fairly simple level” to her readers. On a different level, Levy hopes to bring “understanding and caring about people (like Ginsburg) who are trying to achieve what some might call the American dream — what I would just call equal treatment and full citizenship.”

Levy said although she used to be a practicing lawyer, it was challenging for her to write about law, cases and justices in an accessible way for children, that at the same time did not bog down Ginsburg’s life and her contributions to justice in society.

“What’s interesting about (Supreme Court justices) can seem hard to explain or talk about for little kids, and even for not-so-little kids,” Levy said.

But Levy has worked it out by using simpler words like “fairness” and “unfairness.”

“In this book, I’m not very specific,” Levy said. “One could be much more specific about what one court case is all about. In this book, I tend to use references to fairness and unfairness.”

Nevertheless, Levy is striving to be more specific in her second book about Ginsburg, which will be for ages 11 and up.

“In that book for older readers, I’m able to get into greater detail of what does a lawyer do, what did she do as a lawyer, what is the law of gender discrimination, what’s the 14th Amendment, what does it have to do with anything?” Levy said.

“All those questions I just posed is too much for a picture book. … And hey, maybe some readers who read I Dissent will be old enough to read (the new book).”

For teenage readers, whom The Hate U Give is geared toward, the protagonist Starr Carter’s struggle between her two worlds is relatable. Schiavone said “Starr has such a harder role to play in her two worlds,” between her school in a rich neighborhood and her home neighborhood, where poverty and drug sales are common.

“She talks about acting like the white kids at school, but then acting like she’s black at home and how difficult it can be to balance these two things,” Schiavone said, “especially when you are presented with the situation where she sees one of her very good friends get shot by a white cop.”

But on a more universal level, Schiavone said, everyone has either been or will be a teenager.