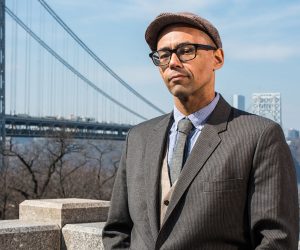 Born and raised in Queens, LaValle said he finds the city’s metamorphosis magical. In the blink of an eye, a favorite diner disappears or a block dissipates. His book, The Changeling, marries the fairytale and horror genres in a New York as unpredictable as it is alive.

“I wanted to get that feeling across to the reader: turn a corner and you won’t know what world you’re entering,” LaValle said.

At 3:30 p.m. Thursday, July 12, in the Hall of Philosophy, LaValle will discuss the worlds of The Changeling in Week Three’s Chautauqua Literary and Scientific Circle Roundtable presentation. In this reimagining of the classic folk tale, The Changeling tells the story of Apollo, dad of a newborn and collector of books.

After a series of unfortunate events, Apollo undertakes the adventure of a lifetime to rebuild his family. Often funny, this blend of whimsy and terror preys on readers’ conceptions of contemporary politics — including parenthood, postpartum depression, race and privacy — in America.

Atom Atkinson, director of literary arts, said the novel also reveals how literature plays, fitting for Week Three’s theme, “The Art of Play.” In The Changeling, LaValle plays both with the familiar folk tale and the horror genre. 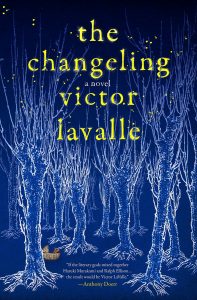 “This was a book … easy to imagine lots of different kinds of people finding joy and astonishment and delight in, alongside the horror and the anxiety,” Atkinson said. “You’re reading something that is adventurous — not just in the sense that narrative is an adventure, but also in the sense that a lot of really strange risks are being taken chapter after chapter.”

Dave Griffith, vice president and Emily and Richard Smucker Chair for Education, said adapting stories is a form of play for artists and writers.

“There’s a long tradition of fairytales morphing over time in order to take on new anxieties,” Griffith said.

While it may seem like an unlikely coupling, LaValle said fairytale and horror are the two genres best suited for wrestling with contemporary issues. He pointed to the thriller “Get Out” and Angela Carter’s fiction as examples: On the surface, they don’t wax political.

“Both genres are usually about something people are trying to face in the present, but it’s filtered through the fantastical so we might understand how to defeat the problem,” he said. “Sometimes, it’s better to hide the message in a meaty tale.”

The original inspiration for this beefy adventure is LaValle’s own life. The father of a 7 and 5 year-old, LaValle is what he calls a “New Dad.”

In The Changeling, New Dads, like Apollo, bake sweet potatoes, apply coconut oil and shamelessly don diaper bags. Unlike their passé predecessors, the “Old Dads,” New Dads blur the gendered constructs of parenting with every trip to the playground.

For their efforts, New Dads boast an equal (or almost equal) stake in all things baby — from diapers to drooling.

“I’m both immensely proud of this new kind of fathering and also quite skeptical of the ways we New Dads pat ourselves on the back for doing all that work,” LaValle said. “After all, we’re still not doing anywhere near as much as most mothers.”

The genre element of an absent father is another way The Changeling plays. Apollo, son of an “almost magically” mysterious father, tries to conjure fatherhood from within, Atkinson said. As the book reads, “New Dads are the future, or at least they plan to be, but since they’re making all this shit up as they go along, New Dads are also scared as hell.”

LaValle said this “thorny and complicated” dynamic felt appropriate in the novel, both politically and personally. The decision to tie in the changeling came second. “What came first, really, was my marriage and my children,” he said. “Becoming a part of these larger units, caring about people besides myself, wanting to see them safe and knowing you can never keep anyone truly safe, all of that was the start of this novel.”

Despite its fantastical elements, the book plants its roots firmly in the soil of reality.

For example, The Changeling described one New York witch as an Eileen Fisher model with the silvery “no-fuss haircut of many older women” and an elegantly draped, “overlarge gray sweater.”

“I do think it’s those kinds of touches that keeps the book feeling like it’s grounded in something that most anyone can relate to,” LaValle said. “I love all the wild, fairytale elements, but they would only have an impact on the reader if it felt like these people were tethered to the real world in ways that were recognizable.”