Artists from three decades of Chautauqua Opera Company’s Young Artist Program will return to the grounds to perform at a fundraising event to benefit the 2019 season.

Proceeds from the concert will go toward the 90th anniversary season of Chautauqua Opera; the concert also celebrates 50 years of the Young Artist Program.

At the beginning of the year, the Guild was given a challenge to raise $25,000 for Chautauqua Opera’s 2019 season, said Mary Mitchell, president of the Guild.

“We thought, ‘This is great because we can celebrate the Young Artists at the same time we can try to raise the money,’ ” Mitchell said.

Pittsinger was a Young Artist in 1983 and 1984. In 2010, Pittsinger made history when he was the first performer to star in leading roles at the Metropolitan Opera and Lincoln Center Theater on the same day, portraying le Spectre in Hamlet and Emile de Becque in South Pacific, respectively.

Fennell came to Chautauqua in 1995, and since then, he has performed classic roles all over the world. He currently lives in Berlin, and his most recent productions have been with Opera En Plein Air, Lithuanian National Opera and Greek National Opera.

Bryce-Davis was a Young Artist just four years ago. She is a recipient of the 2018 George London Award, which recognizes outstanding opera singers early in their careers. Bryce-Davis made her Carnegie Hall debut in May with Paul Moravec’s Sanctuary Road.

Every year, the Guild conducts an Adopt-an-Artist Program, where members help Young Artists. Mitchell has kept in contact with the ones she has “adopted” and even traveled with them and gone to their weddings.

The return of these three artists reinforces the importance of the Young Artist Program, Mitchell said.

“I just think it’s the excitement of having these returning Young Artists and to get their impressions (of Chautauqua) from them,” she said.

Those who want to attend the concert in Fletcher Music Hall can purchase tickets at the door for $50. The Guild accepts cash or checks. 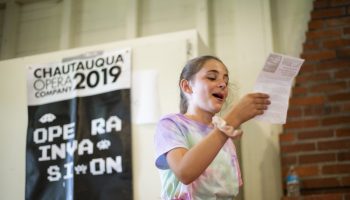 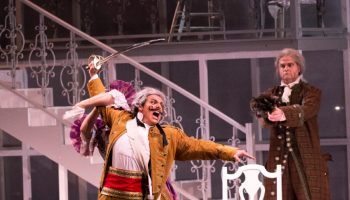 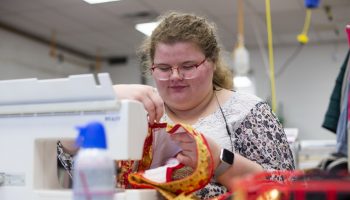 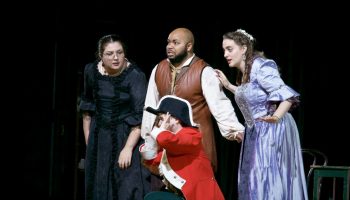