Every year, the Institution attracts hundreds of students who spend their summer taking part in one of the elite fine and performing arts programs offered throughout the season. The Voice Program, School of Art, School of Dance, the Music School Festival Orchestra, Piano Program and Chautauqua Theater Company conservatory are all a part of Chautauqua Institution’s Schools of Fine and Performing Arts.

The majority of students receive generous support from scholarships funded through the Chautauqua Fund, general operating revenues of the Institution or scholarship endowments held by the Chautauqua Foundation. The support can cover some, most or even all of the $3,800 to $4,500 cost of the programs.

This season, students in the Schools of Fine and Performing Arts were awarded a total of $739,000 against the overall need of $1.4 million. Over the total awarded, 54 percent came through the Chautauqua Fund, 17 percent from the general operating revenues and 29 percent from scholarship endowments.

Many of the students who receive the scholarships have their own unique stories about their specific art form, what inspires them and their ultimate hopes for the future. Charity Baker, Sebastian M. Armendariz and Zeek Page are among the students who have strengthened their talents thanks to the scholarships they received to study at the Institution during the 2018 season.

Since childhood, Baker always had an interest in drawing.

“My dad was an architect, so we always had drawing materials around,” Baker said. “(Art) was something I loved to do.”

Even as a 47-year-old artist currently enrolled in New York Studio School working on her MFA, she looks back at her drawings from childhood and is impressed by the quality of the work. Yet she never pursued her hobby until she was a senior in high school.

“I took a class during my last semester of my last year; that’s why I ( first) ended up coming to (Chautauqua Institution),” Baker said “Because I remember the pencil just moving over the paper and I was like, ‘oh my God, this is amazing. This is what I want to do.’ It was clear as day.”

That love for drawing never faded, bringing her to the Institution in the 1990s for a summer of art classes. Since then, painting has been her passion, even as she spent an eight-year career in architecture, followed by a job as an art director that she left three years ago.

This summer, she is back at the Institution for her second summer of art classes — this time as a student at the School of Art and recipient of The Harold R. Andersen Memorial Art Scholarship and The VACI Partners Scholarship.

“I always knew I was going to be a painter; I always knew,” Baker said. “It was just a matter of (when and where), and I think it worked out perfectly. … I did enjoy architecture, but I’m in love with painting. The great thing about Chautauqua is (that) we make art all the time. We’re always working. It’s nice to have no restraints.”

In addition to the freedom, Baker said she has loved the studio availability, faculty she has worked with, amount of time she gets to spend in the program and the community of artists around her.

She noted the landscape around the Institution as a source of inspiration.

“I don’t have (the landscape) in New York City,” Baker said. “I was so looking forward to coming (to the Institution) just to have fresh air. … There’s a huge lake (and) so many romantic landscapes (around me).”

When the landscape is not available to her in New York City, she enjoys painting people in their environments.

“I would paint people in their living room, or we might have a model in class and I would try to create an environment around them,” Baker said.

Regardless of the subject, all that matters to Baker is that she is painting.

“I could paint a still life or a landscape, but I just want to paint because I love to paint,” Baker said.

Baker hopes to be a career artist after finishing her MFA at New York Studio School.

“I’m already selling paintings a little bit, so I want to keep that trajectory,” Baker said, “and just get gallery representation. … My work has gotten so much stronger (this summer), and I really do believe (now) it’s just a matter of painting as much as I can.”

Armendariz, a tenor studying at the Chautauqua Voice Program, said he has always been a “ham.”

“Being on a stage, I’ve never been shy,” Armendariz said. “When I was in high school, I did a lot of theater and musical theater. I was in a ton of choirs and (other things).”

Yet the 24-year-old, who just received his master’s degree in voice performance from DePaul University, did not start training for opera until his undergraduate years at the University of Wisconsin-Eau Claire. Armendariz decided to focus on voice full-time in his third year of undergrad after Kenneth Pereira, one of his vocal professors and mentor, encouraged him to pursue a career in opera.

“And then we hit the ground working — a lot,” Armendariz said. “I’ve only really been ‘singing singing’ really seriously for about five years.”

Ever since he started pursuing a career in opera, Armendariz said he has always heard about the Institution’s music program for young artists like himself.

“Chautauqua’s one of the first programs I’d ever even heard about as far as auditioning,” Armendariz said.

But at first, he did not think coming to the Institution for the summer to study music was financially feasible for him. Armendariz said the three scholarships he received after his acceptance made it possible for him to attend the Voice Program.

The couple that funded the Indiana-Peggy Hoover Bryan Voice Scholarship was in the audience at the recital. After he sang, Armendariz ran out and gave them a hug for helping make his summer at the Institution possible.

“(The Bryans) are incredibly generous people,” Armendariz said. “They don’t have to help out young artists, and the fact that they do is an amazing thing. … (Hugging them) was the least that I could do in the moment because (this summer) has been such a wonderful experience.”

Throughout the season, Armendariz said he has progressed immensely as an opera singer.

Transferring those thoughts over to opera singing, Armendariz has hit musical plateaus, but when he improves to the next level, it is more progress “than any of the other jumps I’ve made in the past.”

Armendariz has enjoyed the Chautauqua faculty who he has had the opportunity to learn from throughout the rigorous seven-week program, as well as the talented peers who he learns from and is constantly inspired by. Next summer, he said he would like to return to Chautauqua’s Voice Program or perform with the Chautauqua Opera Company.

“That would be spectacular,” Armendariz said. “I’ve had a wonderful first summer here, and it would be a treat to come back.”

His ultimate dream is to have an international singing career and then to eventually start his own foundation, where he would be able to help children in their own pursuits of a singing career.

Many students grow up taking dance classes for fun or in the pursuit of a professional career in the eld. Yet Page, a 19-year-old from St. Petersburg, Florida, studying dance at the University of North Carolina, did not start ballet until his freshman year of high school — and he did not enter the field thinking it would become his career path one day.

“I played football for seven or eight years, and then my coach said, ‘Ballet helps (with football), you should take it,’ ” Page said. “So I started taking it and liking it, and then I had to decide whether I wanted to do sports or ballet.”

“I was actually supposed to come (in 2016),” Page said. “I had friends that came here and they said, ‘Zeek, you should try Chautauqua, I think you’ll really like it.’ So then I came here last year with my friend Jared, and he kind of introduced me to all the faculty and I fell in love with (the program).”

He said the Institution’s dance program is rigorous, and he has been challenged during his last two summers.

“(The program) is very hard, but they push you to the point (that) they know you can do it, but it’s still challenging,” Page said. “Everything that we’re doing this year is just as hard as last year, maybe even harder.”

Although the program is demanding, Page said he enjoys the style of ballet that is taught here.

Page also said one of the highlights of the program for him has been the numerous opportunities to perform during the summer. He and the other dancers have learned from guest choreographers and created their own choreography throughout the season, according to Page.

“We perform a lot more than other intensives, I think,” Page said. “We have three galas, and then they bring in guest (choreographers). This year, they brought in Nashville Ballet. … And then you also have your own student choreography, so you can come up with your own piece. So it’s really good that you can perform that many times in seven weeks.”

As a rising junior in college, Page said he is still exploring his options for the future. For now, he said he wants to continue training in classical and contemporary ballet because most companies look for dancers who are versatile.

“I hope to be dancing, obviously,” Page said. “I don’t know where yet. I’m still looking and trying to branch out to learn more about different companies.”

For more information about supporting scholarships for talented students at Chautauqua’s Schools of Fine and Performing Arts, contact Leah Stow, assistant director of the Chautauqua Fund, at 716-357-6405 or foundation@chq.org. 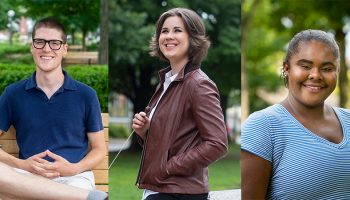 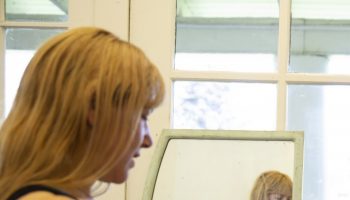 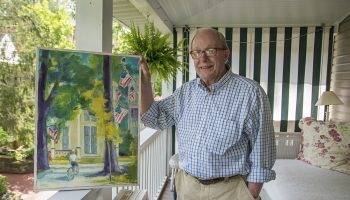