When Charity Baker started painting at Chautauqua’s School of Art in the early 1990s, she knew it was what she wanted to do for the rest of her life.

But another part of her — and her parents — urged Baker to study architecture rather than art in college the following year. Baker figured it was more practical, and thought because she also liked math, she would enjoy it.

“I thought, ‘Well, I have to support myself, so I’ll paint on the side,’ ” Baker said. “But just doing a little painting is more frustrating than not painting at all.”

At one point in what Baker called a “long journey” into the architecture business, her boss stopped by her desk and told her she didn’t seem happy. Baker admitted that she wasn’t, and took the weekend to consider whether she wanted to continue her architecture career. To her boss’ surprise, Baker decided she didn’t.

As another compromise, Baker began buying art for the company. But that wasn’t what she wanted, either.

“One day I woke up and realized, ‘I’m doing the wrong thing,’ ” Baker said. “ ‘What I really want to do is be an artist.’ I had just never given myself permission to do it.”

Baker recalled her time at Chautauqua, where she learned how to paint and draw and fell in love with the craft. She enrolled in a 12-hour-a-day marathon drawing program at the New York Studio School, where she has now been working on her master’s degree for two years.

Baker’s current project is working with figurative painting and nighttime landscapes, and melding those together. As a native of Pittsburgh who lives in New York City, Baker is accustomed to painting interiors, which can be restricted by urban environments.

NYSS sent Baker to Chautauqua’s School of Art this summer, and she said she is excited to return after so long.

“I’m fully taking advantage of having the outdoors,” Baker said. “I can even paint at night, which I’ve always wanted to do because it’s safe. … The nighttime landscape here takes on a whole different soul than the daytime.”

Baker plans to work on landscape paintings every night while she’s at Chautauqua.

“I like stepping back and looking at myself from the outside because it’s kind of hard to believe,” Baker said.“It just makes you realize that you should do what you want to do.”

The last time Baker studied at the School of Art, she went in as a sculptor and realized, later, she wanted to try painting. Baker said she’s happy to have more “direction” with her work this time, as she’s been honing her craft for two years in graduate school.

“It’s the most ideal situation for an an artist in my place,” Baker said. “It’s everything you could possibly want. We have space, we have teachers, we have landscapes, our schedule is really flexible … but I’m surrounded by people who are very motivated.”

Baker is confident she made the right decision in pursuing her painting career.

“I feel like the universe is unfolding in front of me,” Baker said. 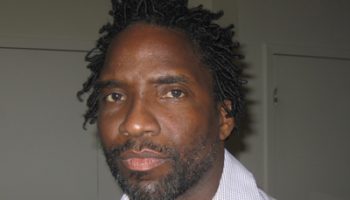 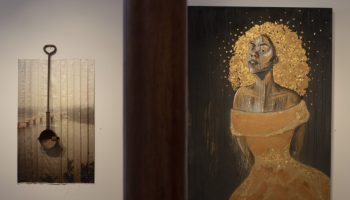 Breaking Tradition, The School of Art Students and Emerging Artists Opened with an Exhibition 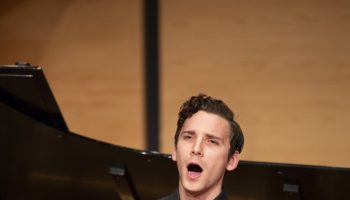 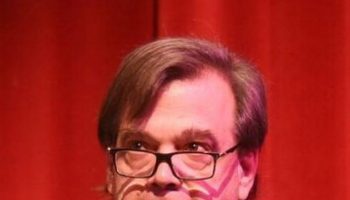