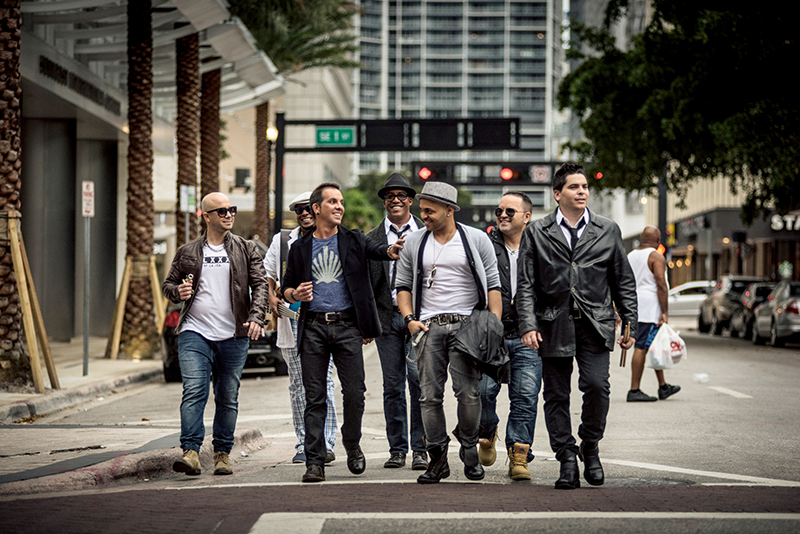 The sounds of Cuba are coming to Chautauqua Institution.

Tiempo Libre, a three-time Grammy-nominated seven-man ensemble, will perform at 8:15 p.m. tonight in the Amphitheater, blending the classical symphonies the Amp has long housed with Afro-Caribbean rhythms to bring a distinctly Cuban sound that has earned them accolades across the Americas and Europe.

“We are like ambassadors of Cuban music,” said Jorge Gomez, the band’s musical director, founder and keyboardist. “So we going to bring with us all Cuban music: cha cha cha, Danzón, conga, bolero, salsa — a little of everything so the people of [Chautauqua] will know what Cuban is.”

Although all of its members are Cuban, Tiempo Libre’s journey from the island to Chautauqua spanned continents. Spurred by Russian money and Russian composers after Fidel Castro’s revolution, Cuba has a long history of great classical music. Gomez, the son of a renowned Cuban composer, and his bandmates grew up in Havana’s classical conservatories, practicing Bach and Beethoven from 8 a.m. to 5 p.m. In the mid-1990s, though, the members individually fled Cuba and the Castro regime, traveling to countries as far as Guatemala, France and Argentina. But seven years later, they found each other again in Miami and launched the band in their free time, hence the name Tiempo Libre.

“[It means] free time,” Gomez said. “You can do in your free time whatever you want, because we now live in the U.S. It’s a free country, you can play whatever you want, and you can sing the lyrics that you want and no one’s going to ask you what you are doing.”

The group’s original training combines with cross-continental music to produce its primary genre, Timba, a form Gomez said synthesizes Jazz with every form of Afro-Caribbean music.

“So it’s going to be more energy, more jazzy and you can dance whatever you want,” Gomez said.

Since that Miami reunion, Tiempo Libre’s gone full-time, releasing five full-length albums and appearing in festivals across North America and Europe. The band’s unique musical mix has most recently brought it out of the recording studio into the theater with Cuba Libre, a Broadway-scale production loosely based on Gomez’s life. The members see their mission not only as entertainers, but as educators, emissaries of a Cuban culture they dearly miss and hope to pass on to a new audience.