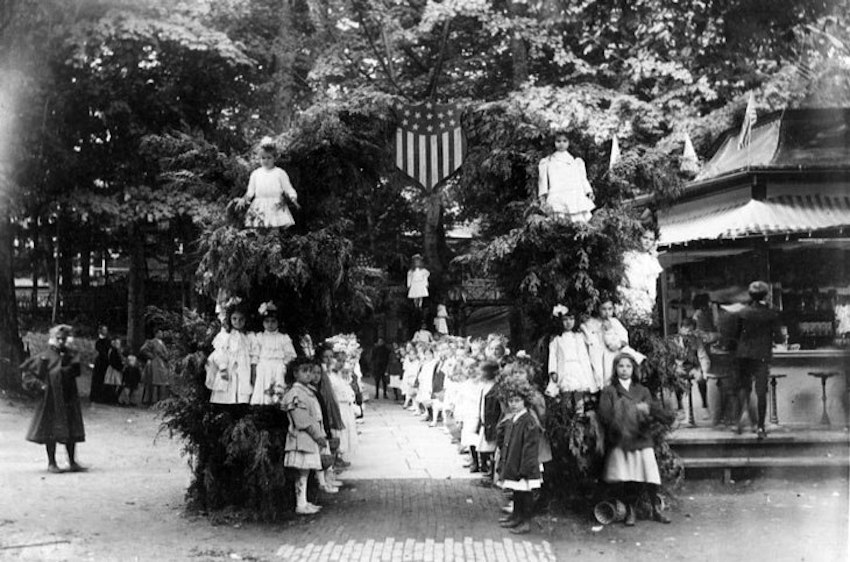 Theodore Roosevelt once called Chautauqua Institution “the most American thing in America.”

As governor of New York, Roosevelt visited the Institution on Aug. 19, 1899, and gave a spirited talk from a balcony at the Aldine on Simpson Avenue. The theme was the political responsibilities of all Americans.

The 26th president returns to Chautauqua Tuesday in the person of Joe Wiegand, a Roosevelt impersonator, who will appear on the porch of the Athenaeum Hotel from 11 a.m. to noon and at the Hall of Philosophy at 3:30 p.m. as part of the Oliver Archives Heritage Lecture Series.

Wiegand, who bears a remarkable physical resemblance to the Rough Rider, has portrayed him in performances in all 50 states, including one in the East Room of the White House with President George W. Bush in 2008, the 150th anniversary of Roosevelt’s birth.

A longtime Republican political consultant, Wiegand brings the youngest American president to vigorous life as a man of boundless energy who relished being the center of attention. As his daughter, Alice Roosevelt Longworth, once said of him, “Father always wanted to be the corpse at every funeral, the bride at every wedding and the baby at every christening.”

Wiegand brings complexity and nuance to his impersonation of Roosevelt, as well as enormous good humor. That is not the “Arsenic and Old Lace” caricature of Teddy, charging up the stairs. Through Wiegand, the old bull moose comes to life.

Like Roosevelt, Wiegand had bronchial troubles as a boy and built himself up through rigorous athletic training. He became fascinated with him after reading several biographies.

“I developed a longtime passion into a career in 2007,” Wiegand said. “I’m just doing the best I can to bring to life a great American.”

Wiegand comes by his performing ability honestly. His father was the comedian Jim Wiggins, who billed himself as “The Last Hippie in America” in a successful stand-up act.

“When your father is a hippie comedian, the only way to really rebel in Hollywood during the 1970s was to become a Reagan Republican,” Wiegand said.

How would the trust-busting founder of the ill-fated Progressive Party fell about today’s presidential candidates? Wiegand demurred, but said Roosevelt’s vision of progressivism was “very different from the small-p progressivism of today.”

At the core of Roosevelt’s ideology, he said, was a fervent belief in “rugged individualism, Christian manliness and American exceptionalism.”

When Roosevelt spoke at Chautauqua in 1899, he was 40 years old. He had already made his famous charge at San Juan Hill and was a year away from being elected vice president. He became president with the assassination of President William McKinley in Buffalo in 1901.

Addressing Chautauquans on that summer day 115 years ago, Roosevelt sounded a call to personal political responsibility that applies as well today as it did then.

“Politicians do exactly what the people will let them do,” he said. “If people do not have the principle or the common sense to stand up for what is right, they are to blame if politicians do wrong. The people must do their duty if they want the right to succeed.”

(Photo:Courtesy of Chautauqua Institution Archives. In this photo from 1905, flower children get ready to meet President Theodore Roosevelt behind the Amphitheater.)