Ambrosius Argues that Space Exploration is a Form of Worship

Like many people, Joshua Ambrosius is a man of many interests: urban development, religion, astronomy, politics, science fiction and even comic books.

But unlike most, Ambrosius incorporated most of those passions into his career. His most recent research studied the religious public’s perspectives on space exploration.

“I began to think, well, if religion shapes how we think about biological evolution or the environment, what about space?” Ambrosius said. “What about what our government does to explore space, and could we use the same theory that we use to connect religion, politics and public policy, in other areas [such as] space exploration?”

At 2 p.m. Tuesday in the Hall of Philosophy, Ambrosius will give a lecture titled “Separation of Church and Space” where he will present the findings of this research. Ambrosius will argue space exploration can be a form of worship because pondering and exploring outer space calls humans to dwell on the creative power of God. He will also discuss how to better integrate religious communities with the space community. 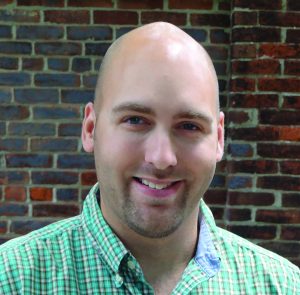 In high school, Ambrosius gave an argumentative speech supporting creationism. Raised a conservative fundamentalist, he grew up using the Bible as his main science textbook.

Ambrosius said he always sort of felt that modern science was true, but was confused because his religion was telling him otherwise. He said that caused a “crisis of faith” where he questioned all scripture and adjusted his view of the Bible.

“Today I would still make the argument that the Bible is true, but I view some of it more as spiritual truth than as a literal record of events,” Ambrosius said. “When I finally started to think of how religion shapes views on matters of science and science policy, like space exploration, I thought a lot about how it would have shaped it for me when I was part of a very conservative, evangelical tradition. So I look at how people view evolution for example, and I see if that relates to how they view space exploration.”

Ambrosius’ research studied different practitioners’ support for various types of space exploration, and analyzed it based on how strongly they identify with their religious tradition’s beliefs, behavior, belonging and salience. In his research, he found that Judaism, Hinduism and Buddhism were the three religions that have the highest interest and support for space exploration.

But Ambrosius was most fascinated by his findings on Evangelicalism, because he identifies today as an ecumenical evangelical and Red Letter Christian.

“The findings on my initial project on religion and space were that evangelicals, which is the very tradition that I had been raised in, were the most skeptical of space exploration across the board, even when I looked at a whole host of different space policy views,” Ambrosius said. “So in some sense, the findings were quite powerful, to cause me to reflect quite a bit on why my own tradition is also the most skeptical of space exploration.”

Ambrosius earned a bachelor’s degree in political science and international studies with minors in religion and philosophy, and also a master’s degree and Ph.D. in public policy. He currently works as an assistant professor of political science in the master of public administration program at the University of Dayton, and as an affiliated fellow with the Center for Sustainable Urban Neighborhoods at the University of Louisville.

Prior to his recent project on space exploration and religious perspective, Ambrosius worked an urbanist, social scientist and political analyst. In the past, he did research on how church- and faith-based non-profits could improve urban environments.

“As a social scientist, a lot of what we do adds to knowledge but might not necessarily change the world,” Ambrosius said. “I think just in looking at this research on religion and faith exploration, I think the findings are pretty powerful here, and I think quite thought-provoking for a lot of people.”

Historian Mann Looks for another World Through the Lens of Columbus